I received my first YSL! I had quite the debate if I made the right choice, but I ultimately chose the Niki Crossbody in a studded seasonal variation. While the bag was in transit, I also was starting to see updates on the new Givenchy Antigona Soft (drool), and honestly, I thought I might of made a mistake with the YSL.

I chose this bag because I don’t have a minimalist bag in black, and I loved the studs...I feel like it makes the bag. I tried to talk myself into the regular version, but it just felt plain compared to the studs. 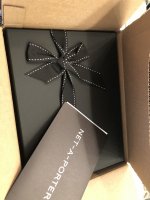 I’ve had a lot of recent frustrations with online shopping...I initially tried the Ferragamo Studio bag, but it was sent in horrible condition from Bloomingdales. It was just placed in the box with no protective wrapping.

I ordered the YSL Medium Niki in metallic silver. It was packed well by Saks, but it was too blingy in person. 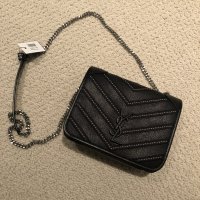 The bag itself is really pretty. I’m glad I didn’t hesitate as it is sold out most places. My iPhone plus fits, and there are credit card slots if I don’t want to pack my wallet. The bag is about the length of an iPhone plus.

The crossbody strap length is a nice size. It hits me where I’d like it to and still looks nice on the shoulder.

No hesitations on this bag! After three attempts of online bag buying, I’m finally ripping off the tags! I still want the Givenchy but will purchase it later.

I’ll post some better photos later...the lighting isn’t great as it’s getting ready to storm here. I was just excited to get the bag! 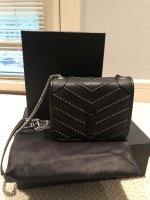 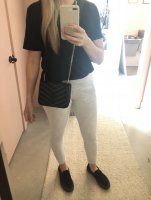 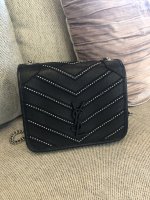 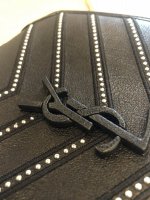 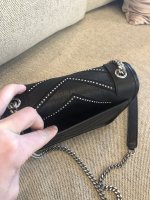 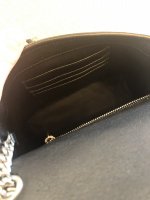 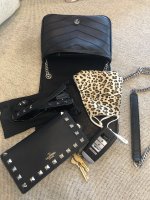 just a few more pics from this morning.

You actually don’t even need a wallet. It does have a few card slots. It does fit a mid size wallet...which is good as I tend to grab things in a hurry. It’s just enough room for the essentials (plus phone). If I didn’t have the wallet, I could have a small pouch for cosmetics.
Reactions: anyap
You must log in or register to reply here.
Share:
Reddit Pinterest Tumblr WhatsApp Email Link
Register on TPF! This sidebar then disappears and there are less ads!
Sign Up
Top Bottom