Star Jones launches her official blog, introduces the word hateration to her blog and lays the smackdown in her very first blog entry with "Star's Rules" --

RULE #1 :: Since you know who I am but I don't know who you are, I insist that you play fair. I don't do insults, mean-spirited comments or undue nastiness. If that's your thing...do it somewhere else. I will debate and discuss an issue with you but anything that falls under the category of pure hateration will just be deleted from my blog.

RULE #2 :: Please remember not to post on my blog in all caps; it's equivalent to screaming at someone. I'm new at this, but even I know that...so act like you know.

RULE #3 :: Try to keep track of the conversation. No reason to repeat what's already been said.

RULE #4 :: Don't use foul language; that will get you nowhere. If you're upset about something, please keep it clean. Otherwise your post will be deleted and I certainly won't respond.

Bloggers (specifically LiveJournal community OhNoTheyDidn't in "The Post," which has since been deleted) take notice of Star Jones' blog and post literally hundreds of comments and pictures. Star Jones (or her blog minions) takes immediate action, deleting 'hateration'-filled comments and banning users like excitabledude23 (this was one of the nicer comments left for Star) --

Star, you better warn Al [Reynolds] that the
authorities are after him for bestiality, there
are reports that he was seen kissing a gorilla.

"See...I told you that I was new to this. Only I could already annoy the heck out of some people and I just got here. Anyway...I wasn't trying to tell you how to behave, I was telling you how I behave. You guys do you...just don't expect me to join in if your comments are hurtful or mean spirited."

Star Jones deletes her blog, leaving readers with this -- "You Cannot Access This Private Journal. The AOL Journal you are trying to read has been restricted by the owner."

The picture to the right is actually hosted on StarJones.com.

And thus marks the end of the road for the Star Jones blog. Goodbye Star, we will miss you! [Sheds tear.] But like all webpages that fall to the wayside, screen captures always save the day! We will not forget you Star! You can bet that if the Star Jones blog is ever resurrected, it's certain that comments will be moderated. Ahem, ONTD. For more Star Jones than you (and your momma) can handle, visit StarJones.com and StarandAl.com, listen to the Star Jones podcast [mp3], watch videos (yes, videos) of AOL Love Coach Star Jones giving Sex & Love tips, or chat with Star Jones on her AIM screenname at StarJRblogger. No joke, Star's online right now as I type this. But the last time I checked, she had her away message up!

UPDATE :: The Star Jones Blog is back online! But not so fast, comments have been turned off!

......
I don't know how y'all feel but about Star, but as someone who strongly dislikes her, even I feel the personal attacks are uncalled for. I'm glad she restarted her blog and disabled the comments, because I am sure that there are some people who like her and would want to read it.

I think her self-promotion and assertive freebie-seeking is what turns people off about her. Cheap shots about her appearance are pretty much all that inarticulate people have to fall back on. I'll be the first to admit that I have had days were I was hate-filled and lazy and quipped on her alien face, and creepy cleavage. It sure must suck to be her.
•••
K

I'm not a Star fan either. Sometimes her "diva" attitude is welcomed...but most of the time...it isn't. hehe
•••
J

Ok...I am not too fond of Star Jones, but I do give her props for being an educated, strong willed woman. What is "hateration?" Is this a real word? How did she lose 150 lbs? Maybe gastric bypass surgery? Her criteria on her blog that Chemlex listed cracked me up, that must be the attorney in her coming out, lol!
•••
M

I am happy for Star Jones Reynolds. She obviously desperately wanted to be married and now she is. Her husband obviously adores her, despite the rumors that he is on the "down low." One of my best friends said that maybe her husband Al isn't gay. But if he's not, don't you think he had better take the sign down?!
•••
M

I was never really a fan of hers and from what I've seen I don't like because she comes off as somewhat phony, snobbish and kind of mean spirited at times! And unfortunately I think her personality takes away from other great things she has accomplished like being an educated person, having been a lawyer and having found success on tv, etc.
•••

How do you find threads this old.
I have been looking for the on celebrity engagment rings
•••

What does this mean? This thread is 11 months old. No new news to add to it, and it's resurrected with the post I quoted.

Am I dense because I don't get it. Someone enlighten me please.
•••

Happy Holidays!
Many of you have written me asking where I've been and what I've got planned for the future. Believe me when I say that your notes and well wishes are received, read, and very much appreciated! And as I promised earlier this year, you all are the first to know of my new projects. . .
For me, this is a time of brand new chapters and wonderful beginnings. It is my intention to return to my roots of straight, smart "user-friendly" projects that convey my commitment to family, the community, and the law by providing programming that both entertains and informs. A lot of stuff is on the way in 2007, but first. . . I am very excited to let you know that for three days next week (Monday, Dec. 18 through Wednesday, Dec. 20), I will be hosting a 3-hour radio program for the Radio One broadcasting network.
Think, a "talk show for your radio."
It's going to be fun, interesting, informative, and relevant. We've got news, information, entertainment, law (of course we do!) special celebrity guests, etc., all wrapped in a slightly different package than you've come to expect from traditional radio programs.
We'll come to you from all over the country  in 18 states  next week.
*See below for the list of markets, stations, and times to listen in.
Now I need you to know that I cannot do this without you. I want you to join me by listening and calling in with your questions and thoughts, as well as experiences. I want to hear from each and every one of you.
For those of you who won't be able to tune in this time, keep checking your INBOX. Like I said, you'll be of the first to know about my new projects. So stay tuned  literally  and have a very blessed holiday season.
Best wishes, 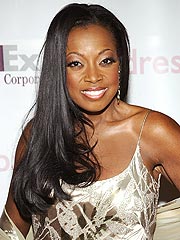 Star Jones Reynolds, who has been keeping a low profile since her very public ouster from The View this summer, is about to get back on the air for a brief radio stint.

"I am very excited to let you know that for three days next week (Monday, Dec. 18 through Wednesday, Dec. 20), I will be hosting a three-hour radio program for the Radio One broadcasting network," the former lawyer said Thursday in an e-mail to fans on her mailing list. "Think, a 'talk show for your radio.' "

She continues, "We've got news, information, entertainment, law (of course we do!) special celebrity guests, etc. ? Now I need you to know that I cannot do this without you. I want you to join me by listening and calling in with your questions and thoughts, as well as experiences."

In June, Reynolds, 44, shocked audiences by announcing live on the air that she would not be returning to The View &#8211; and revealed to PEOPLE that she'd been fired. Walters later told PEOPLE she felt "betrayed" by Reynolds, and Reynolds countered
•••

hi star my sweet christian soul sister i cherish you yery much question would you be my christian soul sister? itwould make me happy to have you as my christain soul sister sweet sister i am reading your book shine i am trying to do the seven day journal. boy do i wish you were here in coos bay oregon to help me with this journaling because you have been there done that. iam prayingfor you iam interceeding for you question would you pray and interceed for me? please sweet sister mary l scott
•••
You must log in or register to reply here.
Share:
Reddit Pinterest WhatsApp Email Share
Register on TPF! This sidebar then disappears and there are less ads!
Sign Up
Top