This is very helpful. I got it from the Forbes Magazine website. It says how to make your best impression at the Company Christmas Party.


Holiday Party High Jinks
Tara Weiss, 11.21.06, 10:45 AM ET
Matthew Green, marketing manager at Corky's Catering in Chicago, has witnessed a lot of inappropriate behavior while working corporate holiday parties. There's the typical stuff like too much drinking and flirting with co-workers. But among the most uncouth was the time he witnessed a woman wrap shrimp into a napkin and stuff it into her purse.
"It's a high-priced item, so I guess people want it," says Green.
What would make anyone risk being known as the office&#8217;s &#8220;Shrimp Lady"? Chalk it up as just another miraculous mystery of the holiday party season, when bosses become buffoons and martini-soaked office mates turn mischievous.
This year, 94% of businesses will throw a holiday celebration, according to executive search firm Battalia Winston International. That's a 7% increase from 2005. While alluring plates of seafood may pose a few problems, it&#8217;s alcohol that is usually behind most talked-about holiday party high jinks. This year, 86% of companies will serve alcoholic beverages. While it&#8217;s appropriate to have a drink or two, remember the Office Party Golden Rule: Don't do anything you'd be embarrassed to read about in the company newsletter.
It&#8217;s a simple stricture, but not everyone abides by it. There was, for example, the woman who showed up to a holiday party Green catered who was dressed as a sexed-up elf. She wore a miniskirt, a push-up bra that left little to the imagination and a Santa hat. That would be an attention-grabber most nights, but it was especially awkward since the other guests were wearing business attire.


Another fashion tip: Leave your holiday ornaments at home, says Courtney Church, a partner at Boston event-planning firm Corinthian Events. "They don&#8217;t make great earrings or sweater enhancements," she says. Also, what you think of as a silly pose at the party may not be so funny when it's forwarded to the entire staff the next day.
Bryan Jacobson, owner of Manhattan-based events company CEM, has also seen plenty of no-nos. His clientele tends to skew younger--employees in their 20s, 30s and 40s--so he throws plenty of holiday parties at hip New York City night clubs. He's seen everything from drug use to infidelity. Many of his parties feature dancers who get party-goers off their chairs and boogying.
On more than one occasion an attendee got way out of line. "The dancers said that people offered to take them home," Jacobson says.
Keep in mind that holiday parties are so much more than an opportunity to embarrass yourself. If you treat it properly, it can be a great place to network with the higher-ups and staffers you don't normally work with. Try not to talk about work, outside of questions like "What do you do for the company?" This is a time to talk about people's interests outside of the office. You might wind up meeting someone who can open doors for you later on.
That's why if you're thinking of not going, think again. "The biggest mistake people make is not showing up," says John Challenger, CEO of outsourcing firm Challenger, Gray & Christmas.
Most important, don't call in sick the next day. No matter what, nobody will believe you.

It's holiday party season, and that means it's time to review proper behavior. Your office get-together doesn't have to be an embarrassing or uncomfortable event. Have a great time. After all, it is a celebration. But just remember that you're partying with your colleagues, not your college crowd. Here are six ways to cut loose without losing your cool. --Tara Weiss 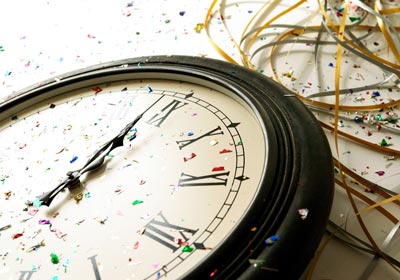 This is a good chance to chat with senior executives in a relaxed atmosphere before it gets too hectic. It's always smart to have a relationship with those people--they're the ones who decide on promotions and raises.


Don't Be A Wallflower 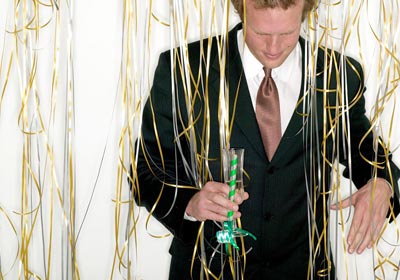 Don't sit in the corner and chat with people you work with every single day. Branch out and introduce yourself to people in other departments. You never know who can help you move up the ladder. 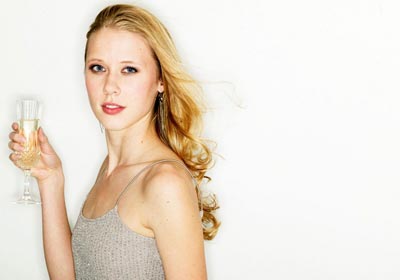 There's likely to be free alcohol there. Enjoy a drink or two, not 12. Getting bombed at a company-sponsored event may not get you fired, but it will make you the butt of jokes and could have a lasting negative effect. It's just not worth it. 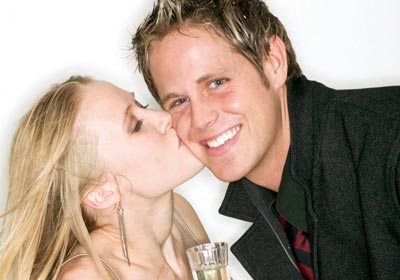 This is a no-flirting zone. It risks being construed as sexual harassment. Besides, it's just creepy. 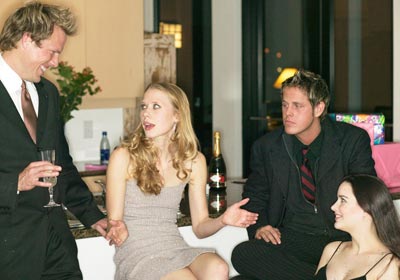 Nobody wants to talk business at the company holiday party. This is a time to find out what your co-workers like to do outside the office. 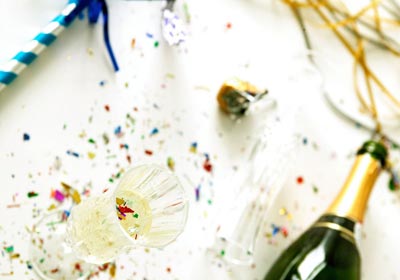 If you're invited to another company's party, go, says John A. Challenger, CEO of outsourcing firm Challenger, Gray & Christmas. It's a good way to network with people outside your firm.

Good refreshers and reminders for all! As far as watching the booze intake, I find it helpful to start with a club soda or something that looks boozy but isn't and then have a cocktail later on. First drink can go down fast just with arriving and being a little nervous, perhaps.

Hell yes! Definitely watch the alcohol intake! I've seen people get carried away cause they had a bit too much to drink.

I haven't taken an official business etiquette course, but I do know that if you're at a lunch meeting with your boss, it's a good idea to see if they order alcohol first. If they don't, you don't.

(And if you're ordering a drink first, order something nonalcoholic.)


Also, maybe if it's an office party, if the boss offers, then you can take (leftover) stuff home. And if it's in a hotel, it's not appropriate to take stuff home, especially when it's not leftovers!

I thought this was called common sense. It really surprises me when I hear about things that go on in office parties that my friends attend (my friends are in their 20s but usually the people they're talking of are in their 30s-40s.

I wish some of the young woman at my husbands workplace would read this. OMG they get so drunk and act awful. I never drink at workplace parties because I would never want to do anything classless.
A

so gald i'm not in some high pressured assinine enviornment

Syntagma said:
I wish some of the young woman at my husbands workplace would read this. OMG they get so drunk and act awful. I never drink at workplace parties because I would never want to do anything classless.
Click to expand...

Yes, a lot of people that I know should read this!!!!! This should also be common sense, I mean c'mon.


LONDON (AFP) - The traditional British office Christmas party, where alcohol-fuelled workers across the country vent the last twelve months of frustration, is a growing legal headache for employers.
In Britain, famous for its binge-drinking culture, nine out of 10 firms have considered cancelling their annual shindig due to fears of complaints of harassment, discrimination or food poisoning, said a recent study by law experts Peninsula.

"Is it even any wonder that employers are thinking of banning Christmas parties this year when many employees still perceive that they cannot be sacked if they misbehave at a Christmas party?" he said.

Elgedawy, who converted to Islam after marrying an Egyptian, said Andy Halstead humiliated her because she would eat only halal meat at the firm's festive bash.

He said he made a joke about vegetarians which was misinterpreted.

The case is far from isolated -- 74 percent of bosses have faced complaints after an end-of-year party, according to Peninsula, which questioned 4,915 people.

"Bosses need to protect themselves from the threat of litigation that can arise from such situations," Done told the Personnel Today website.

Employers cannot simply say that workers come to parties at their own risk, because the law here states that Christmas parties constitute part of work, even if they happen outside working hours and away from the office.

Business compliance firm Croner has published a list of guidelines for festive dos which includes limiting the amount of alcohol on offer, hiring a minibus and handing out numbers of taxi firms.

It also recommends avoiding contentious topics of conversation such as pay and promotions, establishing a code of good conduct and not sitting enemies next to each other at the dinner table.

Further wise steps include checking that refrigerators used to store snacks and meals are working properly to reduce the risk of food poisoning and not forgetting to invite same-sex partners.

Some say that kissing under the mistletoe should also be discouraged to limit inappropriate behaviour.

Law firm DWF even recommends that firms consider introducing "love contracts" to set rules for the conduct of relationships at work.

"Most people will at some point have a liaison with a colleague, whether it lasts a night or a lifetime, so it is sensible for companies to have policies in place to try to prevent any problems which may arise as a result," said Clare Young, a solicitor with the firm.
You must log in or register to reply here.
Share:
Reddit Pinterest Tumblr WhatsApp Email Link
Register on TPF! This sidebar then disappears and there are less ads!
Sign Up
Top Bottom