As a HUGE Twin Peaks/ David Lynch Fan this is damn fine news! 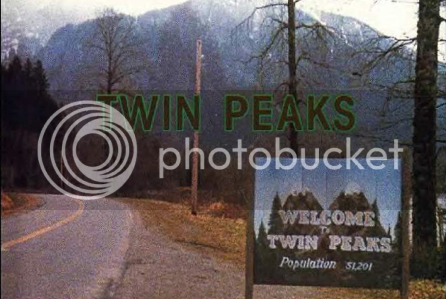 UPDATED: Twin Peaks fans&#8217; quarter-century wait is over. One of the top cult series of all time is coming back with a new limited series on Showtime from its original creators, David Lynch and Mark Frost.

The nine-episode series will go into production in 2015 for a premiere in 2016 to mark the 25th anniversary of when the series finished its run on ABC. In a fact that will delight Twin Peaks devotees, Lynch and Frost will write and produce all nine episodes, with Lynch set to direct every episode.

The new Twin Peaks will be set in the present day, more than two decades after the events in the first two seasons. It will continue the lore and story of the original series, with Lynch and Frost committed to providing long-awaited answers and, hopefully, a satisfying conclusion to the series.

It is unclear which actors from the original series will be featured in the followup. I hear that star Kyle MacLachlan will be back, reprising his role as FBI Agent Dale Cooper who was at the center of the show.

The ABC series also featured some of Lynch&#8217;s favorite character actors, and it is likely that at least some of them will return. Leading to the 2016 debut of the Twin Peaks limited series, Showtime will re-air the first two seasons of the series, owned by parent CBS Corp.

I hope they do a marathon up to the new series.

I just finished my annual re-watch

I'm sure they will though.
C

tomz_grl said:
I hope they do a marathon up to the new series.
Click to expand...

FreeSpirit71 said:
Leading to the 2016 debut of the Twin Peaks limited series, Showtime will re-air the first two seasons of the series, owned by parent CBS Corp.

I loved Twin Peaks as a teenager, looking forward to this one!

The internet wasn't up and going when Twin Peaks aired and it still managed to get viewers in a frenzy over it (incl yours truly who was in school when it aired). The return of the series just might break it...lol

Cannot wait! This is the best news. I hope they show what happened to Dale Cooper even if it is traumatic...

I think "good" Dale will emerge from the Black Lodge and go after his doppelganger (aka Bob).

I saw this yesterday and can't WAIT!!! I was/am a huge Twin Peaks junkie. I was glued to it in high school when it originally aired, and I frequently re-watch it (esp season 1) on Netflix. Yep I'm a dork.

I couldn't believe it when I saw this yesterday! I loved Twin Peaks so much!!! I am so excited to hear about this coming back!!!

Speaking of "Bob", he scared the s*** out of me everytime he emerged! Oooh I can't wait!

I cannot begin to explain how much " Hell Yes!!" there was when I saw this teaser poster. 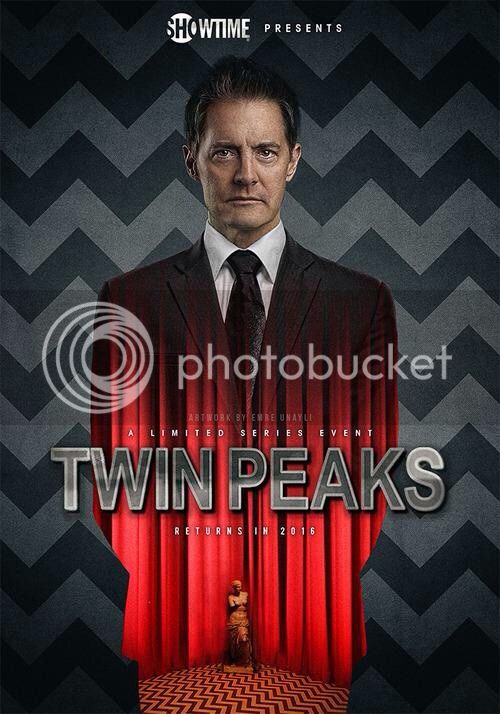 Wow, I hope everybody is back for this!
S

I was still pretty young when Twin Peaks was on television so I never watched any of it. However, I've always been kinda curious and most recently learning they are doing a limited series - 25 years later. I thought I check it out. Started watching it on Netflix a few days ago.

I don't know...maybe I'm missing something here but I really don't get what all the rave is about? The acting seems corny most of the time, the story line is just....weird. I have maybe 5-6 episodes left. I kept up with it just hoping it would get better....hasn't really gotten better. Maybe I just don't get it.

It caused a huge fuss because it was so completely different to anything on television at the time. It really did change the television landscape permanently.

Lots of shows afterward would never have been greenlit if Twin Peaks hadn't paved the way.

It had its problems (James annoyed me no end for example) and issues behind the scenes saw it lose its way in the second season before bringing it around to a great finale (IMO the finale episode was and remains one of the best ever screened).

The word "groundbreaking" gets tossed around a lot but in the case of Twin Peaks it really was.
You must log in or register to reply here.
Share:
Reddit Pinterest Tumblr WhatsApp Email Link
Register on TPF! This sidebar then disappears and there are less ads!
Sign Up
Top Bottom