He was 69. Many health problems, including Hep-C and a liver transplant.

A very sad day. Whipping Post and Midnight Rider are just two of their brilliant songs.

Gregg Allman, the singer, musician and songwriter who played an essential role in the invention of Southern rock, has died at the age of 69. Allman's rep confirmed to Rolling Stone that the artist died Saturday afternoon.

Allman "passed away peacefully at his home in Savannah, Georgia," a statement on the singer's website read Saturday. "Gregg struggled with many health issues over the past several years. During that time, Gregg considered being on the road playing music with his brothers and solo band for his beloved fans, essential medicine for his soul. Playing music lifted him up and kept him going during the toughest of times."

Allman's longtime manager and close friend Michael Lehman added, "I have lost a dear friend and the world has lost a brilliant pioneer in music. He was a kind and gentle soul with the best laugh I ever heard. His love for his family and bandmates was passionate as was the love he had for his extraordinary fans. Gregg was an incredible partner and an even better friend. We will all miss him."

A cause of death was not immediately revealed, but Allman suffered from chronic liver issues in recent years.

Although Allman claimed the term was redundant, the singer-keyboardist helped create the first great "Southern-rock" group as co-founder of the legendary Allman Brothers Band alongside his older brother, famed guitarist Duane Allman. The Allmans fused country blues with San Francisco-style extended improvisation, with their sound creating a template for countless subsequent jam bands. Gregg Allman was blessed with one of blues-rock's great growling voices and, along with his Hammond B-3 organ playing (beholden to Booker T. Jones), had a deep emotional power. Writing in Rolling Stone, ZZ Top's Billy Gibbons said that Allman's singing and keyboard playing displayed "a dark richness, a soulfulness that added one more color to the Allmans' rainbow."

As he recounted in his 2012 memoir My Cross to Bear, Allman also experienced a quintessential, and essentially tragic, rock-star trajectory that included too-sudden fame, admittedly excessive drug use, a high-profile celebrity romance, multiple marriages and a late-life liver transplant.

Gregory LeNoir Allman was born December 8th, 1947, in Nashville, Tennessee, a little more than a year after brother Duane. The boys' father, U.S. Army Captain Willis Turner Allman, was shot to death by a drinking acquaintance shortly after the family moved to Norfolk, Virginia in 1949. As a child, Gregg saved up money from a paper route and bought a guitar that was soon appropriated by his older brother. The siblings attended Castle Heights Military Academy in Lebanon, Tennessee, before moving to Daytona Beach, Florida. Duane talked his brother into joining a racially integrated band, the House Rockers, shocking their mother. "We had to turn my mother on to the blacks," Gregg told 16-year-old Cameron Crowe in the 1973 Rolling Stone cover story that would inspire Crowe's 2000 film Almost Famous. He added that it "[t]ook a while, but now she’s totally liberated." Following Allman's death, Crowe tweeted, "Thank you Gregg Allman ... for the inspiration, and for those many holy nights on stage."

After playing in bands like the Untils, the Shufflers, the Escorts and the Y-Teens, the brothers took their band Allman Joys on the road in the summer of 1965 following Gregg's graduation from Seabreeze High School. They often played six sets a night, seven nights a week, and eventually moved to Los Angeles – Gregg having shot himself in the foot to avoid the draft – where they recorded two forgettable albums for Liberty Records as the Hour Glass. While working as a session man in Muscle Shoals, Alabama, Gregg was summoned to Jacksonville, Florida, in March 1969. There he joined Duane and the other musicians – Dickey Betts (guitar), Berry Oakley (bass), Butch Trucks (drums) and Jai Johanny "Jaimoe" Johanson (drums) – comprising the Allman Brothers Band's earliest incarnation. 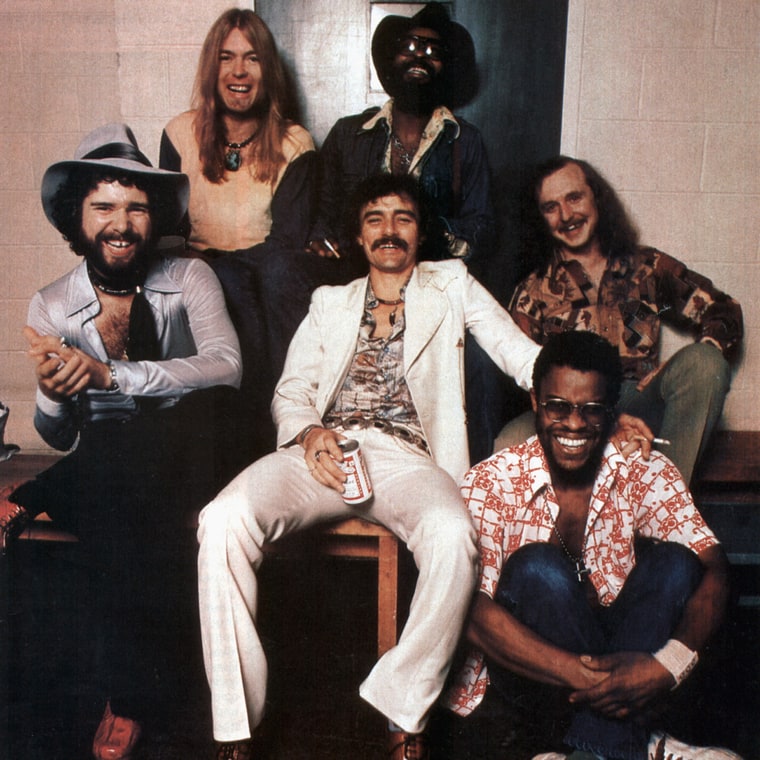 "It was nice, round, kind of dull-ended instead of sharp," Allman wrote of the Hammond B-3 sound, "and I thought it blended with guitar just perfect." In addition to being the band's main vocalist and composer of signature tunes "Whipping Post" and "Don't Keep Me Wonderin,'" Gregg and his long blond hair also served as its visual focus. The band enjoyed meteoric success with their albums Live at the Fillmore East (1971) and Eat a Peach (1972). Between those albums, tragically, Duane Allman died in a motorcycle accident, followed a year later by Oakley's eerily similar demise.

Shortly thereafter, Gregg recorded his solo debut, 1973's Laid Back, which offered an economical à la carte selection of blues, R&B and soul songs in contrast with the Allmans' epic all-you-can-eat live shows. Its critical success, combined with Gregg's marriage to pop superstar Cher in 1975 and the group's collective appetites for narcotics, led to the Allman Brothers' breakup after the recording of their disappointing 1975 release Win, Lose or Draw. Additionally, Allman's bandmates shunned him for testifying to a grand jury, in exchange for immunity, regarding his "valet" and drug provider John C. "Scooter" Herring. Audience shouts of "Narc!" plagued him for years afterward.


Allman continued to release solo albums throughout the Seventies and Eighties. These included the live Gregg Allman Tour (1974) and Playin' Up a Storm (1977). Two the Hard Way (1977), a duo album with Cher credited to "Allman and Woman" resembled an Ashford & Simpson-style effort. An admitted hardcore alcoholic throughout the Eighties and most of the Nineties, Allman enjoyed something of a comeback with I'm No Angel (1986) and, three years later, a reformed Allman Brothers Band. His only non-anthology solo release the following decade was Searching For Simplicity (1997). Allman was inducted into the Rock and Roll Hall of Fame as part of the Allman Brothers Band in 1995 and would receive a Lifetime Achievement Award at the 2012 Grammys.

In 2007, Allman was diagnosed with Hepatitis C, which he attributed to a dirty tattoo needle, and he received a liver transplant. He also suffered from an atrial fibrillation and eventually switched to a gluten-free vegan diet.

T-Bone Burnett produced Low Country Blues (2011), a solid set of blues covers. Allman continued touring with the Allman Brothers until the group played its official final show at New York's Beacon Theater on October 28th, 2014. All My Friends: Celebrating the Songs and Voice of Gregg Allman, a live album featuring performances by Allman alongside contemporaries Dr. John, Eric Church, Jackson Browne, John Hiatt, Warren Haynes and Widespread Panic, among others, was released in 2015. He released Gregg Allman Live: Back to Macon GA in 2015. A new album, the Don Was-produced Southern Blood, was scheduled for a 2017 release, though its status is unclear.

In 2016, Allman was forced to cancel his summer tour due to unspecified "serious health problems." After briefly returning to the stage – Allman's last concert was at his 2016 Laid Back Festival in Atlanta – and scheduling a winter tour, Allman again canceled the dates, citing a vocal injury.

"This is the hardest thing I've had to do in a long, long, time," Allman said in a statement after calling off his winter tour. "I've been on the road for 45 years because I live to play music with my friends for my fans. As much as I hate it, it's time for me to take some real time off to heal."

After rescheduling the dates, in March 2017, Allman's rep announced, "It has been determined that Gregg will not be touring in 2017," although no reason was provided for the canceled concerts. The next month, Allman denied rumors that he was in hospice care.

"I must have said this a million times, but if I died today, I've had me a blast," Allman wrote in the last lines of My Cross to Bear. "I wouldn't trade [my life] for nobody's, but I don't know if I'd do it again. If somebody offered me a second round, I think I'd have to pass on it."

Oh, We saw him in concert a year or so and it was disappointing
Guess maybe his health problems were the reason the show was kind of dull
RIP Gregg

The first thing that comes to mind when I see his name is this photo shoot he did with his ex-wife Cher. RIP 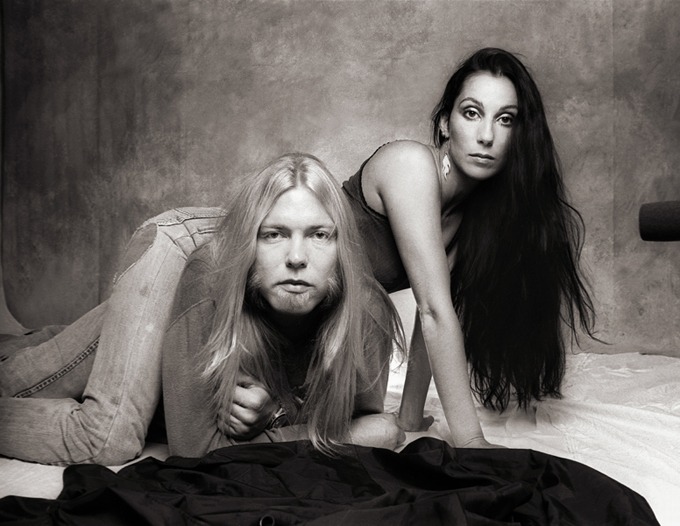 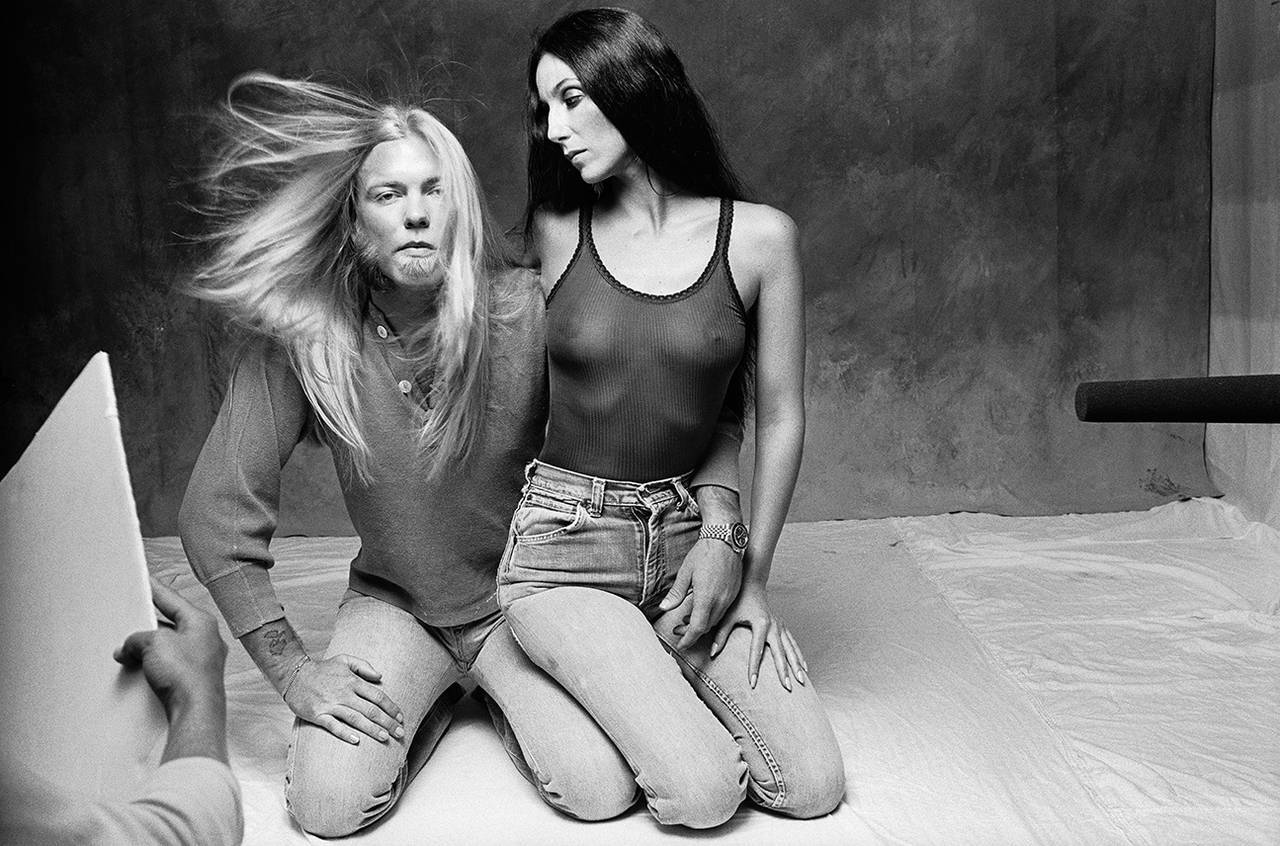 Bags and swag are my kryp-tonite

Place of Worship: House of Chanel

Sasha2012 said:
The first thing that comes to mind when I see his name is this photo shoot he did with his ex-wife Cher. RIP

I totally remember this! May he RIP..

baghagg said:
I totally remember this! May he RIP..
Click to expand...

Same here. Hard to believe that Elijah Blue is 40!