After Abby Normal pushed me down the slippery orange slope last August, ultimately resulting in a small mountain of orange boxes, I decided that after risking our lives in a snowstorm for Hermes (see the evidence on my first reveal thread), my New Year's resolution for 2013 would be "take a break from all things orange before this becomes a full blown addiction.". After I was good for the entire month of January, I decided that a quick peek inside the boutique wouldn't hurt, right?

Well, this resolution was an epic fail

Anyone around for a reveal? 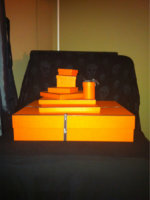 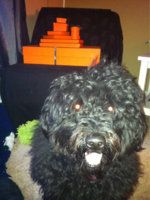 By the way, I blame Abby Normal for all of this.... 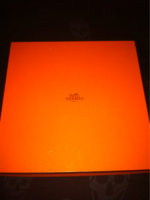 I've always liked this design, moreso because it's a special edition from one of my "home" boutiques. 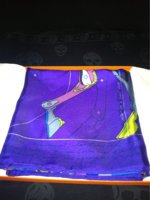 Here it is opened up: 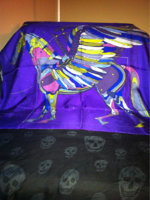 Love how it speaks of of Da Vinci architectural drawings

And how it reminds me of My Little Pony (a childhood favorite!)

wow..the colours on the scarf is very vibrant! congrats.. 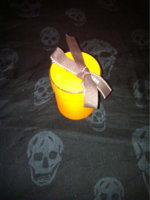 Yay!! Thanks for joining!

Ok, this one isn't too much of a surprise... 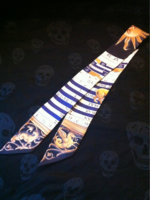 The second half to my Astrologie Twilly set. Love this pattern and colorway 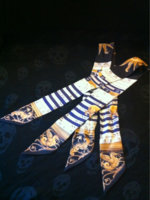 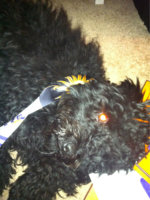 haha hi! such a sweet puppy!! is she a labradoodle?