Wheels Women Melt Over
Jim Henry 06.06.07, 12:01 AM ET​
They're usually expensive and therefore exclusive; sporty, never boring. A babe magnet can be a car or even a truck. It can have a thundering V-12 engine or a motor that merely hums. A babe magnet's effectiveness depends on different tastes, even different locations.

But most of all, it depends on the woman.

For instance a "green babe" might be turned on, so to speak, by a gas-electric hybrid that other women would find too wimpy.

The hypothetical "Las Vegas babe" would prefer something like the Lamborghini Gallardo. Good news, guys: You can rent one in Las Vegas for "only" $1,600 a day.

On thing is for sure: Babe magnets get you noticed.

Watch-Me Wheels
"I was driving a [Bentley] Continental GT to Saratoga Springs," says Ken Gross, a freelance auto editor for Playboy magazine, about a trip to the thoroughbred-racing resort town in upstate New York. "This not-unattractive woman pulls up next to me on the highway. She's in front of me, in back of me. She's waving, gesticulating madly, indicating she wants me to get off the highway at the same exit where she's going. ... It's a good thing I'm happily married."

Our friend is a dapper, good-looking guy, but you get the feeling he would not have gotten the same reaction if he had been driving, say, a Ford Taurus.

No, babe magnets tend to be more exotic.

They meet all the criteria for most hypothetical women: six-figure price tag; strictly limited production and a long waiting list; race-track-inspired performance and features; and to-die-for Italian styling, most often from the benchmark in to-die-for styling, Pininfarina.

German Genes
Interestingly, some of the brands that are least likely to be owned by women are most likely to produce babe magnets, like Porsche.

Among luxury brands, Porsche 911 Coupe owners are the most overwhelmingly male owner group, at 96%, according to survey data from San Diego-based Strategic Vision. The company's survey data is widely used in the auto industry.

This leads to another line of thought: The 4% female 911 owners must be a really interesting group. In our list, the 911 Coupe is a "Car Nut Babe Magnet."

"As nice as they are to look at, our cars are pretty spartan inside," says Porsche spokesman Bob Carlson. "They don't have the soft comfort features that a lot of luxury cars have. Our owners really do buy these cars because they love to drive them."

Of course, it doesn't hurt if the cars make the drivers look good while behind the wheel.
••• 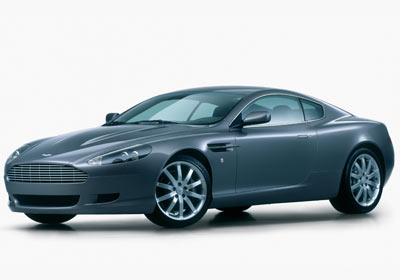 Aston Martin DB9
James Bond Babe Magnet
Starting price: $162,050
The Aston Martin DBS in the latest James Bond flick, Casino Royale, is not yet in production, but the DB9 is the next best thing, with a 450-horsepower V-12 for quick getaways. As a babe magnet, it sure seems to work for Bond, but of course he has other things going for him. 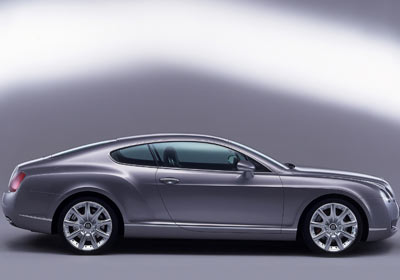 Bentley Continental GT
Upwardly Mobile Babe Magnet
Starting price: $169,990
The Bentley brand shook Rolls-Royce and Maybach three years ago, when it first introduced the (relatively) affordable but powerful (552 hp) Continental GT. This let more upwardly mobile people into the "ultra-luxury" car club. As at home in front of the manse as it is at the club, this is a babe magnet par excellence. 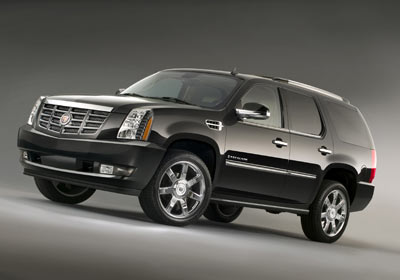 Cadillac Escalade
Bold and Brazen Babe Magnet
Starting price: $55,570
The Escalade singlehandedly started a brand-image turnaround for Cadillac, starting in 1999 and continuing with a redesigned 2007 model. Despite more exotic carmakers like Porsche entering the SUV market, the Escalade, with big chrome wheels and a big V8 engine, is as "bling" on wheels as you can get. It's not subtle, but it will get noticed. 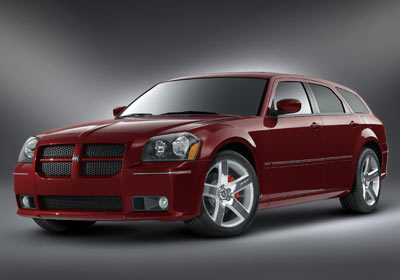 Dodge Magnum SRT8
Suburban Babe Magnet
Starting price $38,345
You're not alone if you find something weird about a station wagon as a babe magnet, but for the right woman, it might do the trick. The Magnum's 6.1-liter Hemi V8 engine--yes, there's a Hemi in that thing--will propel the SRT8 from zero to 60 mph in around five seconds. Home Depot takes longer. 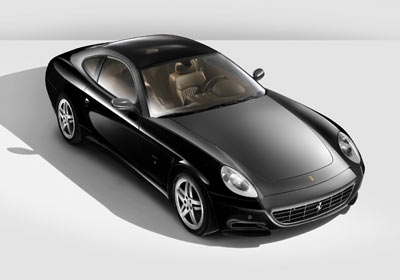 Ferrari 612 Scaglietti
Rodeo Drive Babe Magnet
Starting Price: $260,969
Just about any Ferrari is a babe magnet. The 612 Scaglietti, though, is a favorite for its sleek styling. It can walk the walk as well as talk the talk, with a 540-hp V-12 engine. It's not as showy as the Lamborghini Gallardo, say, but the Ferrari "prancing horse" brand name is magic.
••• 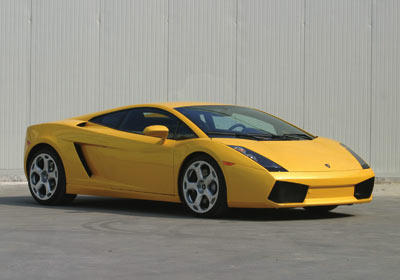 Lamborghini Gallardo
Las Vegas Babe Magnet
Starting price: $178,550
The 196-mph Lamborghini Gallardo, named for a breed of fighting bulls, makes a statement. In Las Vegas, that ultimate high-roller statement may be false, since you can rent a Gallardo (or a Corvette or a Ferrari) out by the airport. Just remember, the exotic car you rent in Las Vegas stays in Las Vegas. 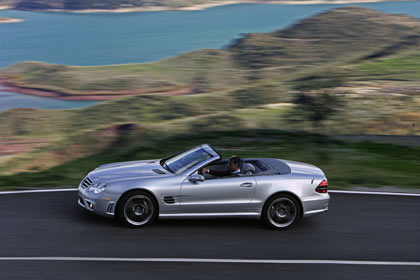 Mercedes-Benz SL65 AMG
Beach Babe Magnet
Starting price: $186,000
The Mercedes-Benz SL65 AMG is the ultimate babe magnet for a trip to the seashore. One of the world's very few street cars that tops 600 hp, it goes from zero to 60 mph in only 4.2 seconds. With the retractable aluminum top down, you can work on your tan. 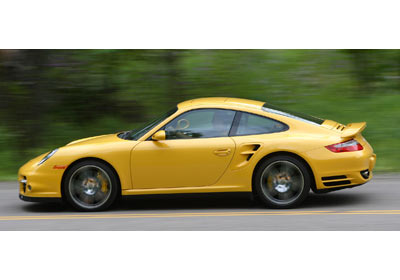 Porsche 911 Turbo Coupe
Car Nut Babe Magnet
Starting price: $122,900
Very few women own Porsche 911s, and those that do are probably genuine driving enthusiasts. Nevertheless, a lot of women (and men) would like to see firsthand how rough they ride. The Porsche mystique includes Paul Newman (a walking babe magnet), who raced one at Le Mans in 1979. Another legend, James Dean, was killed in his Porsche Spyder in 1955. 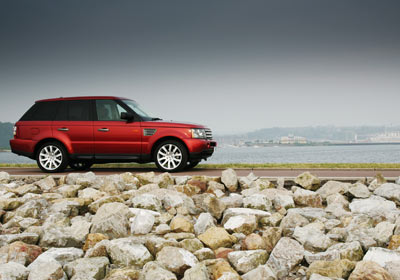 Supercharged Range Rover Sport
Horse Country Babe Magnet
Starting price: $71,250
The Range Rover Sport looks like a Range Rover, a favorite of the show-jumping, polo pony set, but only better, thanks to a lowered body and compressed roof. It has 7,716 pounds in towing capacity, and supercharging gives it 30% more power. 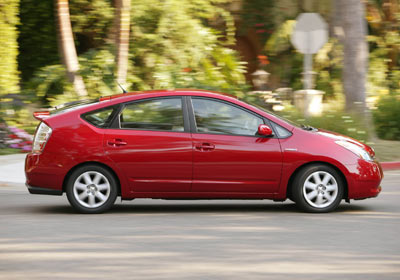 Toyota Prius
Green Babe Magnet
Starting price (Touring Edition): $23,070
The Toyota Prius is probably the first babe magnet since the Model T that gets only 110 hp. But it's rated 55 mpg, and that's sexy to green babes. The hybrid powertrain has a four-cylinder gas engine and an electric motor. Try the optional Touring Edition, which has a spoiler, believe it or not.
•••

It's the Bentley for me

I love the Aston Martin and the Dodge Magnum, and I will always love the Cadillac Escalade.
•••

mmmm, the bentley. saw one parked on the street a few weeks ago (really odd in the small college town i live in) and it was really hard to resist the urge to go lay on the hood and hug it.
•••

I will admit, something about the Bently Con Gt and the Dodge Magnum that make my head turn each time:shame:
•••

The only one I don't like is the Dodge Magnum...but maybe if I saw it at a diff. angle (and I don't think I've ever seen on irl) but it appears I'm in the minority here.
Otherwise, I'll take one of each. Or, just one. You pick, I don't care.

^ I'm with ya, I don't like the Magnum either~ Brad Pitt in the Magnum MAYBE

I'll give up all my bags for a dark silver Turbo

Definitely not a fan of the Escalade or Dodge Magnum! Love the little Prius and Porsche! One of our company cars is a bright yellow Porsche 911. Unfortunately, I haven't driven it!!!
•••

i DO NOT like the Dodge Magnum...im not a fan of station wagons..haha..

omg the ASTON MARTIN is my FAVORITE..so chic, elegant, and understated yet stands out! haha....i feel like the man who drives the ASTON MARTIN has CLASS and is super confident, so doesnt need to over compensate by being overly flashy.(ferrarri or lambo)..haha...
•••
You must log in or register to reply here.
Register on TPF! This sidebar then disappears and there are less ads!
Sign Up
Top