General Rules: Welcome to the Rosier reference thread. Please post pictures of your bags here with as much information as possible (style name, season, size, price, date of purchase, etc.)

- Valentino has been experimenting with silk roses since his early days. It's one of the house's leitmotivs.

- The Rosier has become one of the brand's most recognizable bags ever.

- The bags appeared on Valentino's ad campaigns just once, for Fall/Winter 2008.

- The shaped is based on the original Glam Tote, which is also the base shape for many other bags the brand has made.

-The taffeta roses are made by hand.

Here is a picture of the only Rosier (clutch) that ever appeared on a runway show: 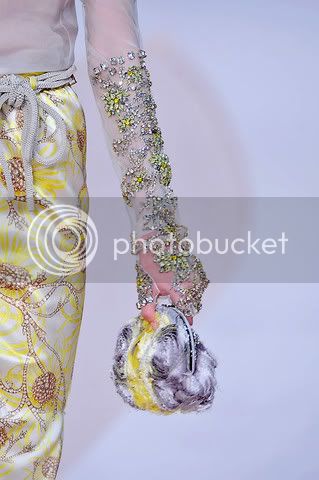 The only ad campaign that includes a Rosier: 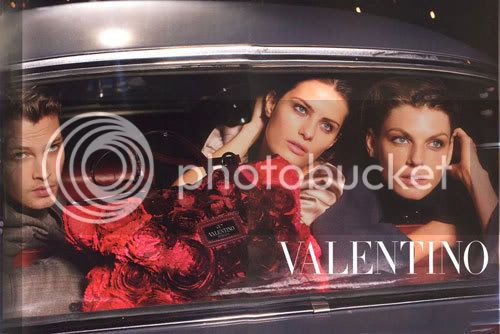 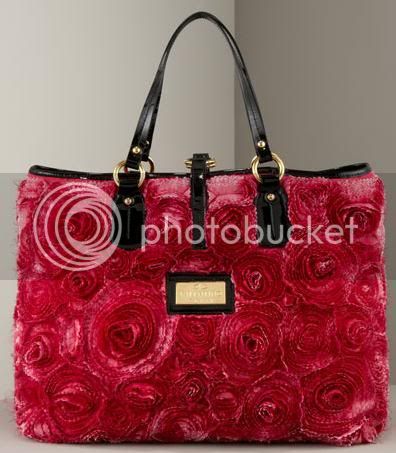 Here is my Turquoise Rosier: 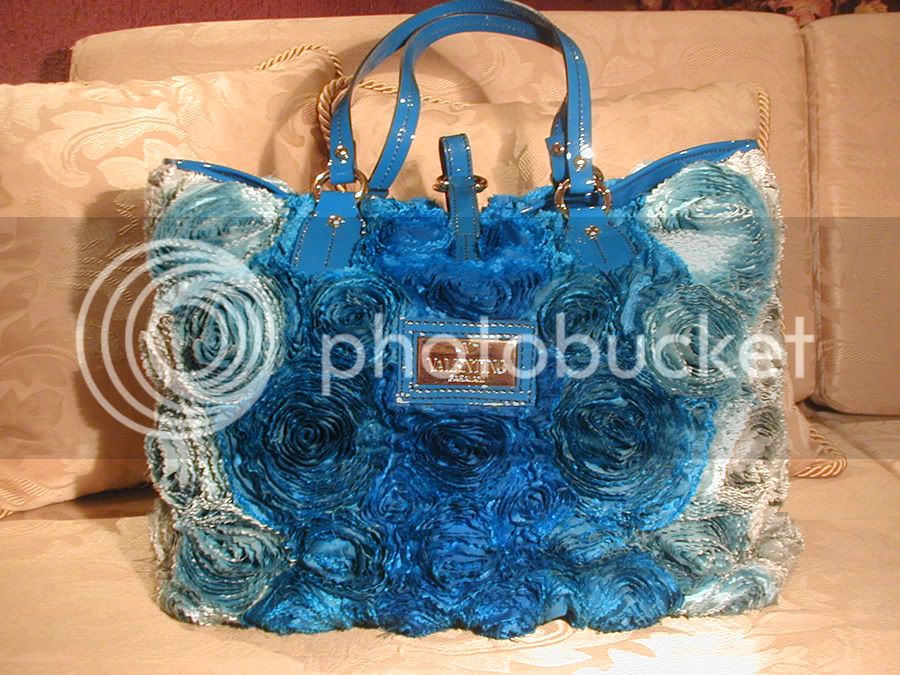 Season: Fall/Winter 2009
Color: Red (this is not the only red-colored Rosier, there are other colorways)
From: Neiman Marcus, San Antonio

Season: Spring/Summer 2011
Colors: Cream, green and dark green.
From: Valentino boutique, Las Vegas
*Note: This one seems to have normal leather handles and trims instead of the regular patent leather.