General Rules: Welcome to the Rockstud reference thread. Please post pictures of your bags here with as much information as possible (style name, season, size, price, date of purchase, etc.)

Ahhh, the Rockstud. One word evokes so many emotions from Valentino lovers worldwide. Who knew one tiny pyramid could create such a stir within the fashion industry?
It's been described as "a deliberate clash between Uptown and Downtown... Old School sophistication and Rocker Girl chic."
Though the name of the collection was never explicitly explained, it can easily be deduced that Valentino's newest head's of design were ready to make their mark and shake things up a bit... Rockstud style.

- The Rockstud collection was Chiuri and Piccioli's first foray into a look completely different for the house of Valentino from it's previous reign of Mr. Garavani.

- The bags first appeared on the Spring Summer 2011 Runway.

- Though this is not the first time Valentino used studs in their handbags (studded Maison), it is the first time an entire collection was devoted to the small pyramidal decoration.

- Though the Rockstud collection started off with handbags, it quickly began to include small accessories, and in 2012, a RTW clothing line!

- As with other new looks for the brand, celebrities were soon seen carrying the Rockstud bags on a regular basis. Including, Sarah Jessica Parker, Cameron Diaz, and Jessica Alba.

Rockstud's first appearance on the Runway:' 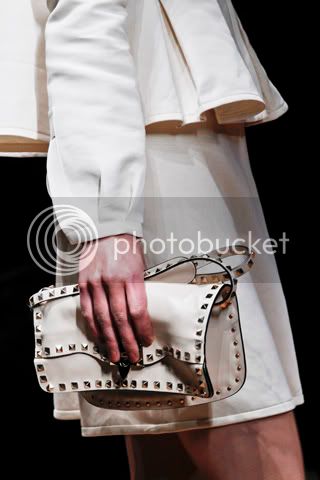 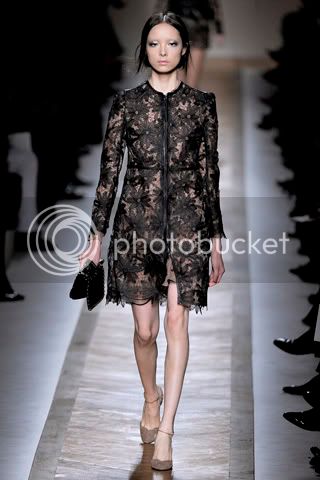 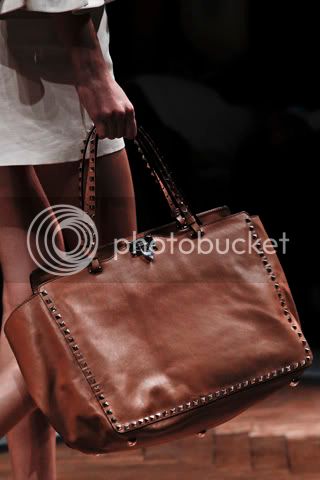 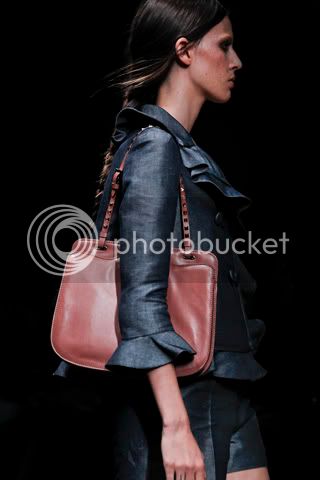