General Rules: Welcome to the Nuage reference thread. Please post pictures of your bags here with as much information as possible (style name, season, size, price, date of purchase, etc.)

The name is French and means "cloud".

-This was the last season Valentino Garavani himself created. The season was a collection of Valentino staples: floral renessance gowns mixed with tailored suits, accesorised with big hats and of course the bows.

- The original Nuages were metallic leather (solids and patterns). It was not until later that the popular coated canvas Nuage was created.

- Nuages have been made in all types of materials: leather, suede, crinkled leather, straw, coated canvas (lacca), denim, lace and more!.

- The original Nuages were always the large size. The medium Nuage was created in 2009.

Below are some of the original Nuages that appeared in the Spring Summer 2008 runway show. 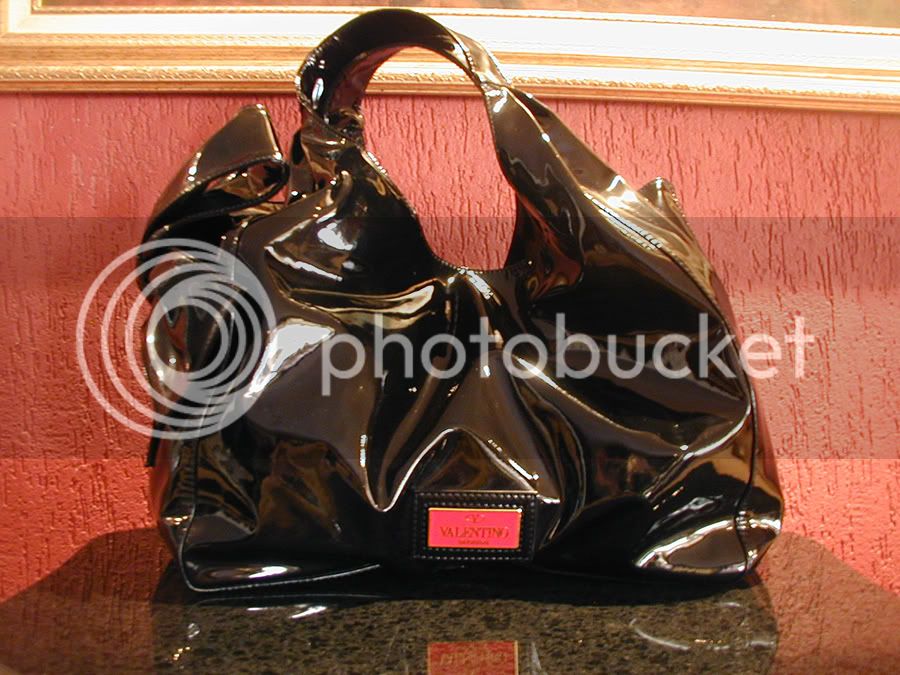