General Rules: Welcome to the Rosier reference thread. Please post pictures of your bags here with as much information as possible (style name, season, size, price, date of purchase, etc.)

-It was released for the first time in Spring/Summer 2007.

-The Histoire has become one of the most recognizable bags ever.

-Nobady really knows why it was named Histoire (history in french)

-The bag appeared in the Spring/Summer 2007 and the Fall/Winter 2010 ad campaigns.

-First season Histoires do not have the usual nameplate on the left side, instead those bags have a leather nametag on the back of the bag.

-This bag became and instant hit when Angelina Jolie and her daughter Zahara were photographed both with one of the brand's braided bags.

-In 2010 the bag was reinterpreted. The shape was simplified but maintained some of the braided details. Both versions are officially named Histoire, but for practical purposes the first version is called "Classic Histoire" and the new version, "New Histoire".

-Apart from the Classic Histoire, there are many other styles: Tote, Belted Tote, Framed Satchel, Hobo, etc.

Here are pictures of some the first Histoires, presented in the Spring/Summer 2007 runway show:

The Fall/Winter 2010 ad campaign, with a Histoire small flap bag:

Here is the picture that made Histoires an instant hit. Angelina Jolie with her white-on-white Histoire and little Zahara with her mini version, specially made for her: 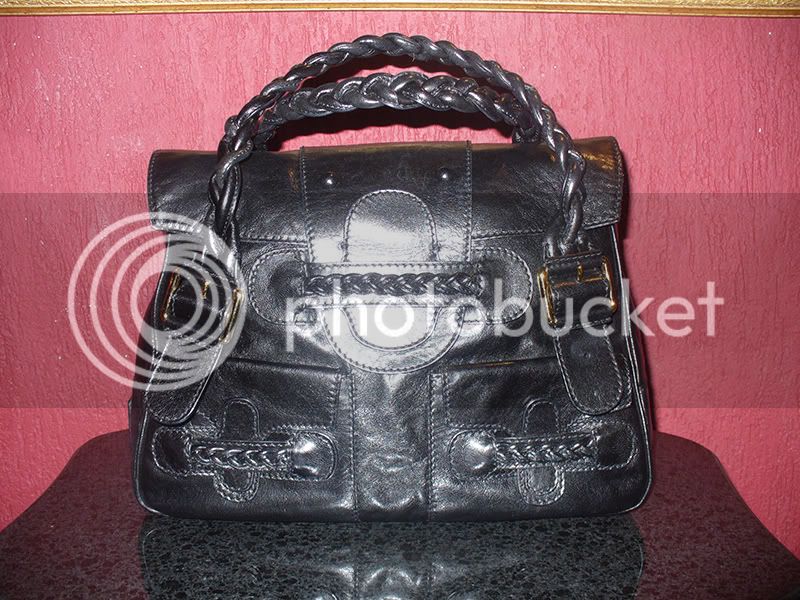 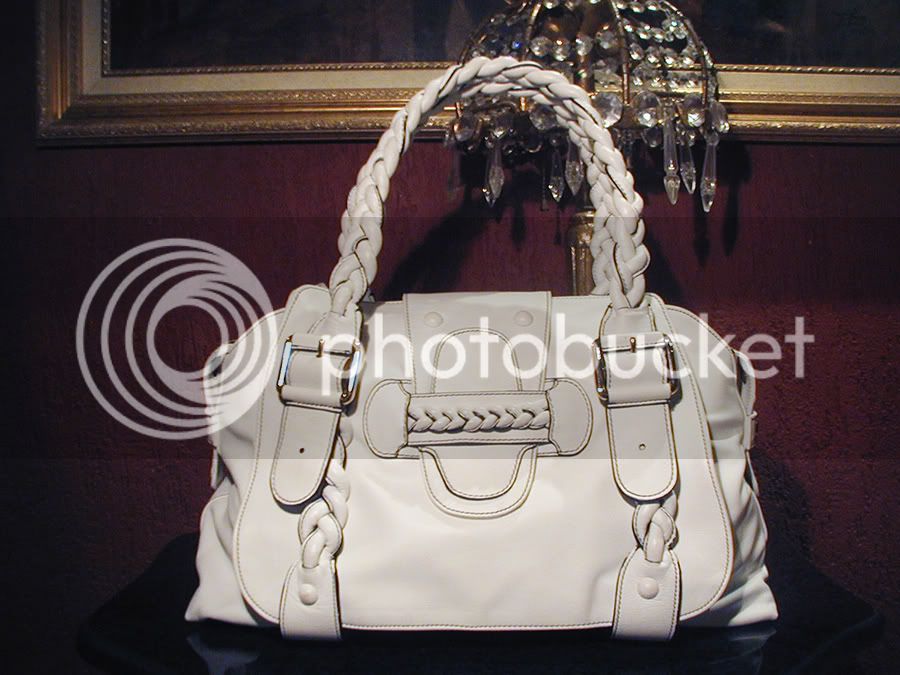 Bought in: 2009
Color: White with black edges and gold hardware
•••