This was something that I've been wanting for awhile, I had been going back and forth on this one for awhile and finally my bf made the decision to buy it for me as a gift for Valentines day.

Initially, I wanted the purple one, but there's already 4 girls around me whose got the purple already... and the time I almost bought one, I was held back because it was made in China and not made in France. But bf said he was told by the SA that made in France ones were discontinued 3 years ago, so he just went ahead and bought it.

So here it is!! I finally have a Longchamp Le Pliage!!!! My Burberry packable tote can finally take a break!!! 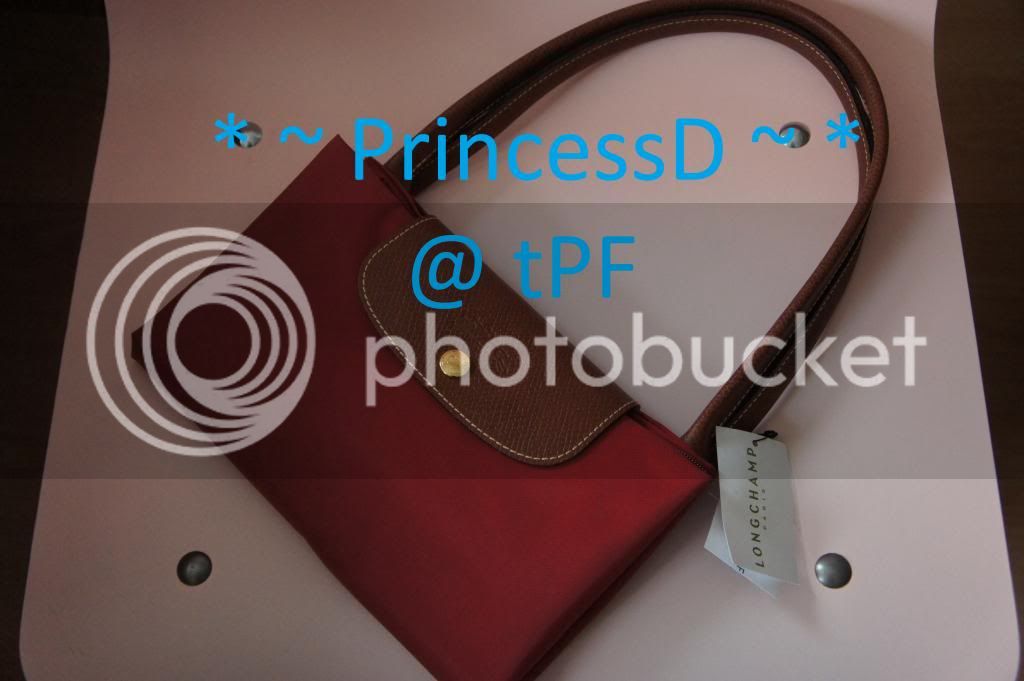 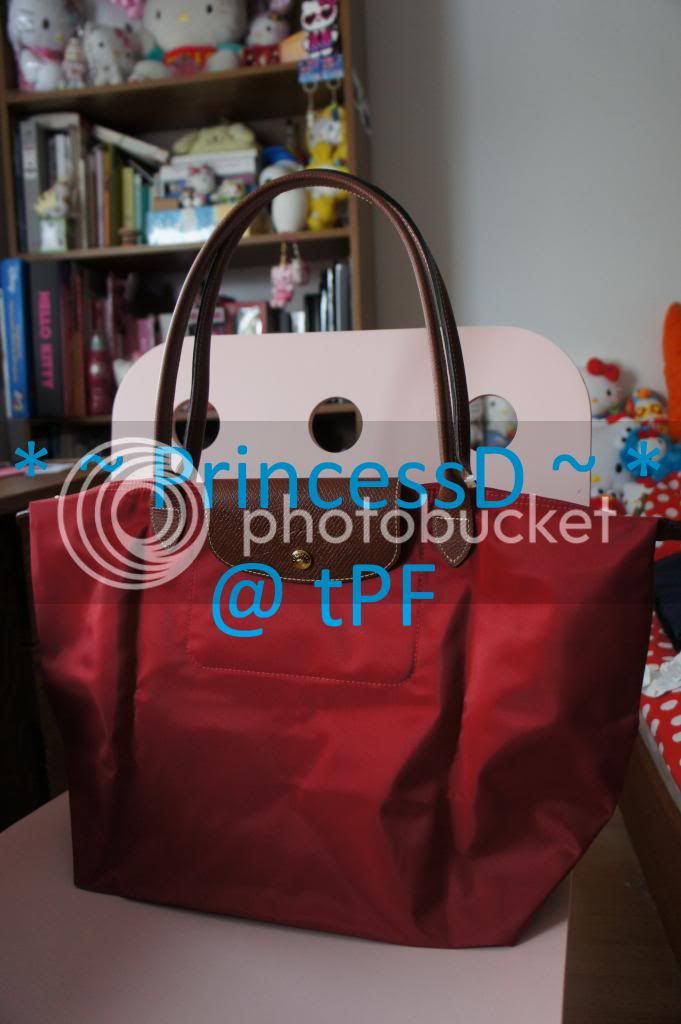 What a pretty color! Enjoy!

Perfect gift! Your bf did great

Thanks ladies!! Can't wait to use it! Thinking if I should get a base shaper right now...

What thoughtful and lovely present!

that's a beautiful colour, i got the purple but the dark red would have been my second choice, i'm always tempted to buy a 2nd in your colour

Actually, I never thought of this colour before but the more I look at it and use it, the more I like it.

Can't wait to go on vacation with it!!