I just posted pics of what I believe is a fake bag that was sold me (I apologise if this is doubling threads up but I wanted to ask what the customary procedure was in cases like this). I'm not panicking so much as sad that this had to happen, I suppose I was stressed and jumpy and forgot to ask the seller to post more pics of the insides of the bag.

It's been two days and the seller hasn't responded to my email, in which I stated I believed the item was counterfeit and that I would be asking an authenticator to look at it. I haven't gotten a response so far. I was told that I could file a SNAD anytime, but don't want to jump the gun in case the seller is amenable to refunding me everything.

Should I go ahead and have the bag authenticated before then or ask for a non-authenticity statement right away? It looks like mypoupette asks for the case # once you've opened the SNAD against the seller.

I suppose at least it wasn't that much, but I want to be rid of the bag as it's casting a dark cloud over what should be a really great holiday (I got so many other nice things this season). This is the first time that's happened to me and hopefully the last, so any advice would be appreciated. I've already taken photos of the packaging and everything else.

You should wait for their opinion regarding authenticity of the bag, and if the bag is found to be a fake then go ahead file a claim for SNAD and get the non authenticity statement for the claim if the seller still won't refund you.
The statement should be the last result, I'm sorry you have to go through this, good luck OP.

Thank you for your response, luckily the seller was nice about it and offered to give me a refund for the bag. I will be returning it to them. One question I do have is, by the time i return it, and it gets there, it will likely be beyond the 45 day limit for buyer protection...do I have any way to ensure through Ebay that they will refund me regardless of whether its over the limit, if I have their message saved?

If I were you, I'd file a dispute, anyway and then I'd tell the seller that I had done that and why (i.e. due to the time limit - not anything they'd done).

Then I'd close the dispute, once they'd received the bag and refunded me.

Of course, the downside of returning the bag is that it will, almost certainly, re-enter circulation...

Snowfox said:
Thank you for your response, luckily the seller was nice about it and offered to give me a refund for the bag. I will be returning it to them. One question I do have is, by the time i return it, and it gets there, it will likely be beyond the 45 day limit for buyer protection...do I have any way to ensure through Ebay that they will refund me regardless of whether its over the limit, if I have their message saved?
Click to expand...

I would never return the bag without getting paypal involved. I think you should thank the seller that although she will take return that you will be returning the bag with paypal involvement for your own protection. Then open the disputes describing your intention returning the bag as per agreement that the seller will take the return, then you will communicate with seller via paypal only. If the bag lost or go beyond 45 day limit, then you'll be also cover for this , if you do it on your own then likely open the door to other option for things to go wrong. Good Luck OP, please remember to get tracking when you returning the bag as Paypal will need to see proof of postage and tracking, if posible with delivery confirmation.
Good Luck OP, I hope this help.

Just wanted to post an update a full month and a half later after finally getting Ebay to decide on the case and give me a refund:

The relative I entrusted to mail the counterfeit bag back (in the holiday shuffle I could not mail the bag back myself as I was on holiday) did a really hasty thing and mailed it before I could give her proper instructions on how to return it with a proper tracking number and signature confirmation *facepalms* Note to self, DO NOT entrust returns to another person again...as a result the seller then cut off communications with me and only mailed me back a total of two times once I had indicated that we'd mailed the bag back. He then last claimed to have been in Alaska and so was unable to respond normally as he had no internet.

This was occuring at the same time I was seeing feedback for his sales being posted, so obviously someone was home. He continued to ignore my repeated emails asking whether he'd received the bag, so I finally appealed the case with Ebay. It's fortunate they decided in my favor and refunded me.

I don't know where to post warnings on sellers, but would like to post to avoid this one in the future. Pictures of the bag are here. If you see this bag being resold again, do not buy! 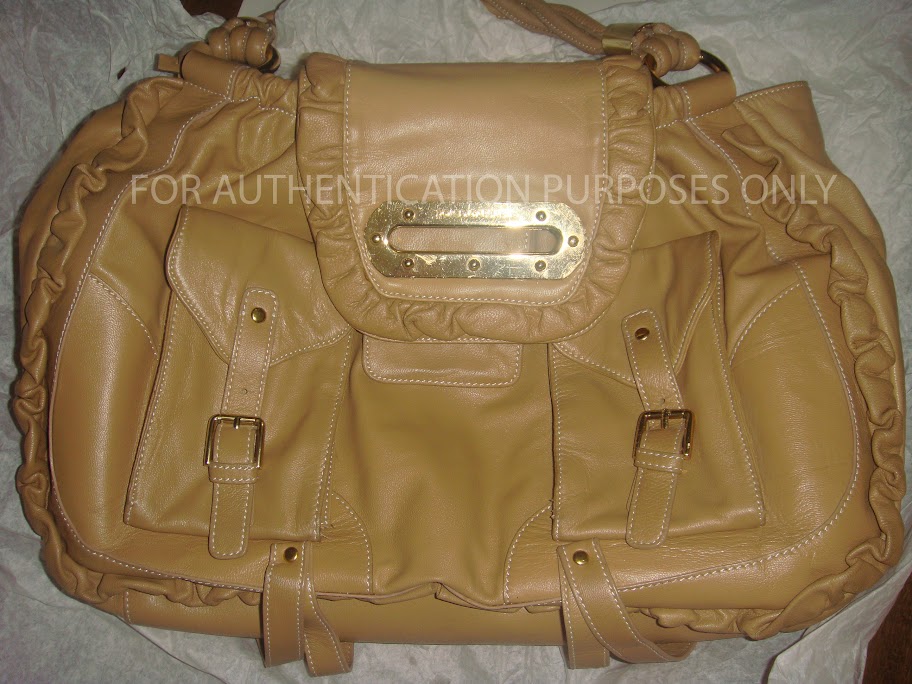 glad you got your $ back....and yes it is always better to take care of your own stuff
sometimes people do not follow directions especially when it comes to shipping

The biggest warning I can give anyone is don't let the clerk at the PO tell you that you don't need separate signature confirmation when shipping an insured item worth $250/over. They will tell you that an insured item for that amount will be signed for automatically. BUT that signature is only viewable internally w/in the PO and is useless when dealing w/PP/Ebay. You MUST purchase it separately.

^ Thank you for the tip!

Not sure where to post this seller's name but will do so now: michael and juliet of hollywood. Please be warned they sold me a fake Dolce and Gabbana bag.
You must log in or register to reply here.
Share:
Reddit Pinterest Tumblr WhatsApp Email Link
Register on TPF! This sidebar then disappears and there are less ads!
Sign Up
Top Bottom