When this bag first appeared on the Saks website for advance order, Kroquet and I swooned. We conspired, and we plotted and saved our pennies and are now the proud owners of our very own . . . . . . 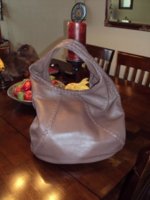 This is Kroquet's Still Life, a work of art, so serene, so beautiful, so incredible.
The Braided Hobo in Elephant.
Isn't she just gorgeous???????? 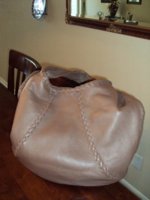 Here's mine up next: 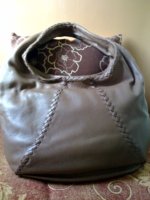 And here I am being a cheeseball!!!! 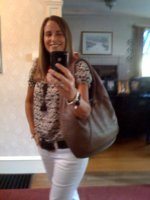 This is my favorite bag ever!!!! The color, the leather, the size, just absolute total perfection. Now if I could just get one in ebano and Kroquet could have one in Nero, we'd be quite content.

And it looks prefect on you !!!!!
You seem very happy

I told Mombug that my kitty was napping on the bag last night and I took that as a sign that I must have another. This is a perfect bag in every way. Comfortable, large, but drapey and saggy, just like me!!
We did have a lot of fun with this and hope to get another. Thanks Mombug! Love ya bunches!

Love your pictures!! Thanks for sharing!

I have this bag in some lighter color--curry maybe? I don't know why, but it went to last call at NM and I picked it up for $500. The leather is just wonderful. I have to say I like the elephant color more than mine, but mine is a thumbs up too!

kroquet said:
this is a perfect bag in every way. comfortable, large, but drapey and saggy, just like me!!
Click to expand...

Thanks so much Juda, I am sooooo happy! This was lots of fun!!!!

Thanks Kroquet, hugs and love right back atcha!!!!

I do love my knot bracelet so much, Annie too! I love the way it just conforms to your wrist after you wear it for a while.

Love your pictures!! Thanks for sharing!

I have this bag in some lighter color--curry maybe? I don't know why, but it went to last call at NM and I picked it up for $500. The leather is just wonderful. I have to say I like the elephant color more than mine, but mine is a thumbs up too!
Click to expand...

No kidding, maybe patience will be worth it and we find one on sale.

I wear my bracelet every day. 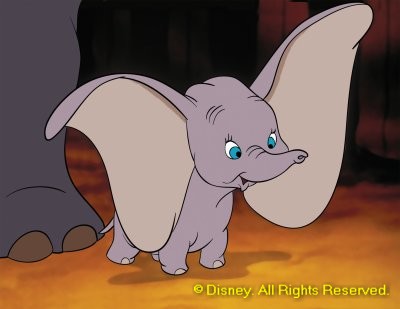 Congratulations to both!! Isn't it great to find the perfect bag??

i've already been waiting patiently for it to go on sales......

You look lovely and happy! Congratulations!

Congratulations, mombug and kroquet!!! IMO, there is nothing like a drapey bag... it becomes a piece of clothing! The color is TDF! - no wonder you are "in love"! With something this good, no wonder you want to repeat it!

It's funny you two should have twinnies, because I have twinnies of my own. It's one of those stories where I end up not being at fault.

I was innocently minding my own business one day and an evil NM SA sent me an email and said that they just had two BV returns that would now be on Last Call. She sent a picture and asked me to show them to anyone who might be interested.

Now before that email I wasn't interested, but Last Call items do get my attention. I thought well maybe I might be interested in one, but which one? They both were $1,380 and the Last Call price was $552.

It is so hard to tell in pictures, so I told her to go ahead and send them both and I'd decide which one I wanted and send the other back. And that evil SA did what I told her!! Can you imagine?

So I get them both and they look so much alike that I started calling them the twins. Not identical twins, mind you. Fraternal twins. And the thing is, who would separate twins? Everyone knows that twins belong together. I would be going against the rules of the universe if I separated twins--right? You do understand why I had to keep them both, right?

So this story ends as most of mine do-- it really isn't my fault. And so, here are my Last Call twins. 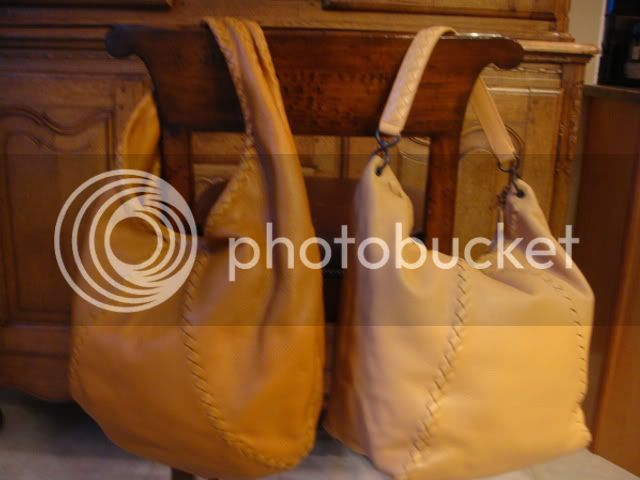 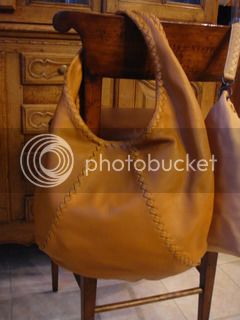 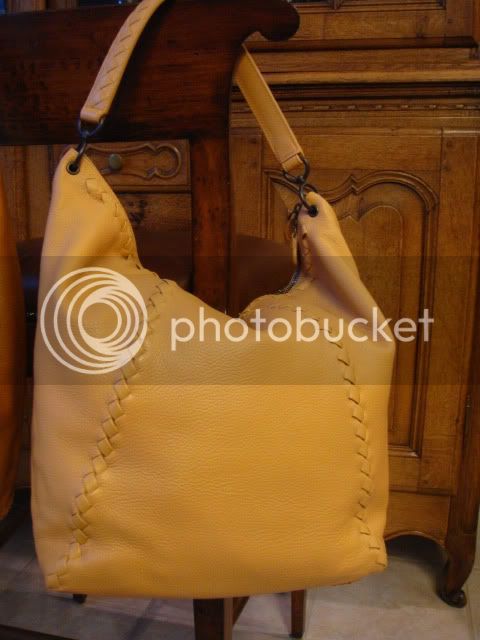 HaHa, S!!! you really crack me up!!! Of course, YOU could not separate them. - and they both look yummy!

Thank you Baggiana, I knew I could count on your support.

Congratulations on figuring out the picture thing!! Looks like you had to tweak it a bit, but it worked!!
You must log in or register to reply here.
Share:
Reddit Pinterest Tumblr WhatsApp Email Link
Register on TPF! This sidebar then disappears and there are less ads!
Sign Up
Top Bottom