Celebs to be? Cute kiddos! 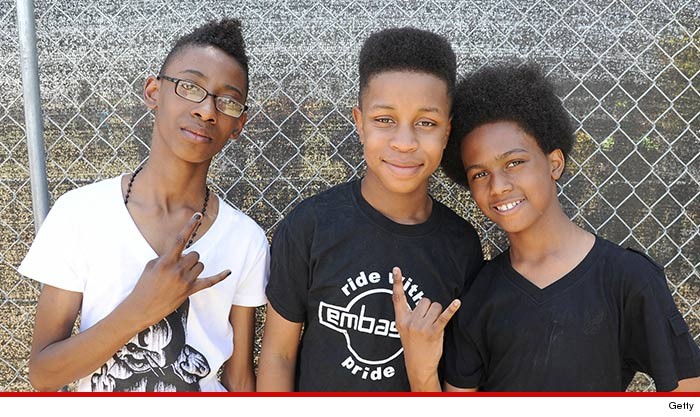 The pint-sized heavy metal musicians who became a huge hit at Coachella have just signed a spectacular contract with a huge record label that will make them the richest kids on their block.

The band -- Unlocking the Truth -- formed when the kids were just 10 and 11. They were so good they were quickly booked on Amateur Night at the Apollo. But they hit it big at the ripe old ages of 12 and 13 ... when in April they became the youngest group ever to perform on the main stage at Coachella.

The kids -- who are now 3 strong with a 13-year-old bassist -- got noticed by none other than Sony and just signed a great deal, which was filed with the court and obtained by TMZ. Under the contract, they'll get the following advances:

Mind you, if they sell enough records they'll also get royalties.

And get this ... their influences are Metallica, Slipknot and Disturbed. 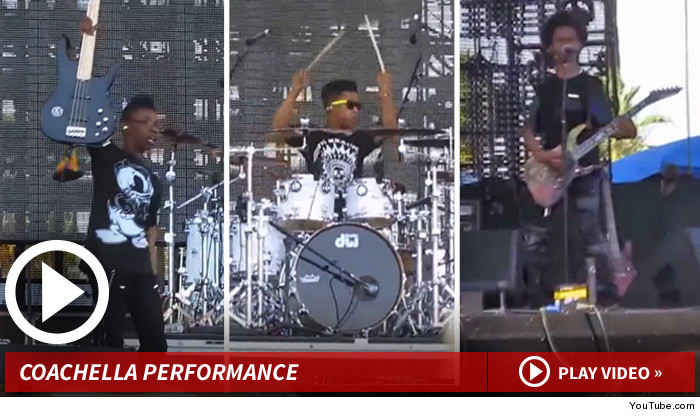 A five album deal, I'd like to be hapoy for them but Hollywood will suck the life outta these kids. Hope their parents keep a close eye on them and their money.
B

That's an awful deal. I hope someone else gets them out of it.

Is that a bad deal for children who were not on the radar before? They'll get royalties in addition plus if they tour - which is where the money is made these days. If they are successful they'll make a ton off merch too.
B

^yes a five album deal is really awful in this day and age especially at those numbers. No one buys albums anymore. Most likely it's a 360 contract and they won't see much royalties. Royalties in a traditional contract are nothing and in worse in 360s. They will have to bank on unbelievably successful tours. They were obviously on a radar if they performed at Cochella.
You must log in or register to reply here.
Share:
Reddit Pinterest Tumblr WhatsApp Email Link
Register on TPF! This sidebar then disappears and there are less ads!
Sign Up
Top Bottom