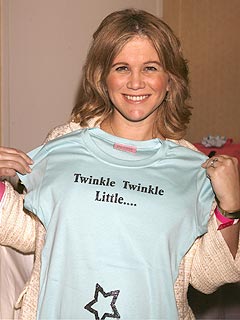 The couple met in 1990, when Marshall was a consultant on the TV movie Blind Faith, which starred Gold's Growing Pains mom, Joanna Kerns. They married in 1994.

She's the host of that Soccer Mom program on TLC too, correct? Congrats to her!

good for her...hopefully her life is totally on track now after that DUI she had a while ago
You must log in or register to reply here.
Share:
Reddit Pinterest Tumblr WhatsApp Email Link
Register on TPF! This sidebar then disappears and there are less ads!
Sign Up
Top Bottom