Has anyone bought or seen a toosh scarf? (Toosh is the brand, not that it's actually toosh) I recently heard about this brand from a friend and it's supposedly very nice cashmere that feels like toosh. I just wonder how much does it generally cost and if it's worth it to buy one.
M

Shatoosh is illegal. It comes from the Chriu, an endangered antelope that must be killed to get the soft down. It takes like 2 or 3 antelope to make one shawl. You can get it on the black market in India...I don't know about here.

shopping is an art

doesn't sound like something I could wear proudly. No thanks

I'm a little wary since Google isn't turning up anything whatsoever about Toosh being an actual brand. Sounds like it might be a front to sell shahtoosh scarves/shawls, since it is illegal to sell and own them in all countries that have signed the Convention on International Trade in Endangered Species. Unless you can be absolutely certain that whatever you're buying is sustainable and not being made from endangered species, I wouldn't buy it.
K

Yeah, I am not talking about actual toosh (which of course I would not buy given it's from an extremely endangered animal). This "toosh" brand is supposedly an italian brand and it's made of cashmere. Given the response so far it seems that it's not a well known brand at all. I guess I will just have to check it out. I will post pictures if I do get one.
M

Are you talking about Shabanotoosh often called "Toosh"? A company that has been in business for a few years now making a product similar to a Shahtoosh, that doesn't require the murder of an endangered species to create?

My Grandmother had a Shahtoosh shawl that she purchased from Neiman Marcus in the 70's.
K

no worries, minusthebirkin, =) it's kind of confusing anyway.

Scott.cs - hm....i am not sure if it's this company called shabanotoosh (if i understand you correctly). I bought 2 scarves from this company. The brand simply says Toosh. It's 100% cashmere made in Italy. Although I've never seen/touch a real shahtoosh scarf I don't think scarves from this Toosh brand is as soft as shahtoosh. It's pretty comparable to the other cashmere/pashmina scarves I have. I do like the patterns very much. I will update with pictures later today.
K

Here are the pictures. The gray/red and the purple ones are both from Toosh. I like the patterns very much. 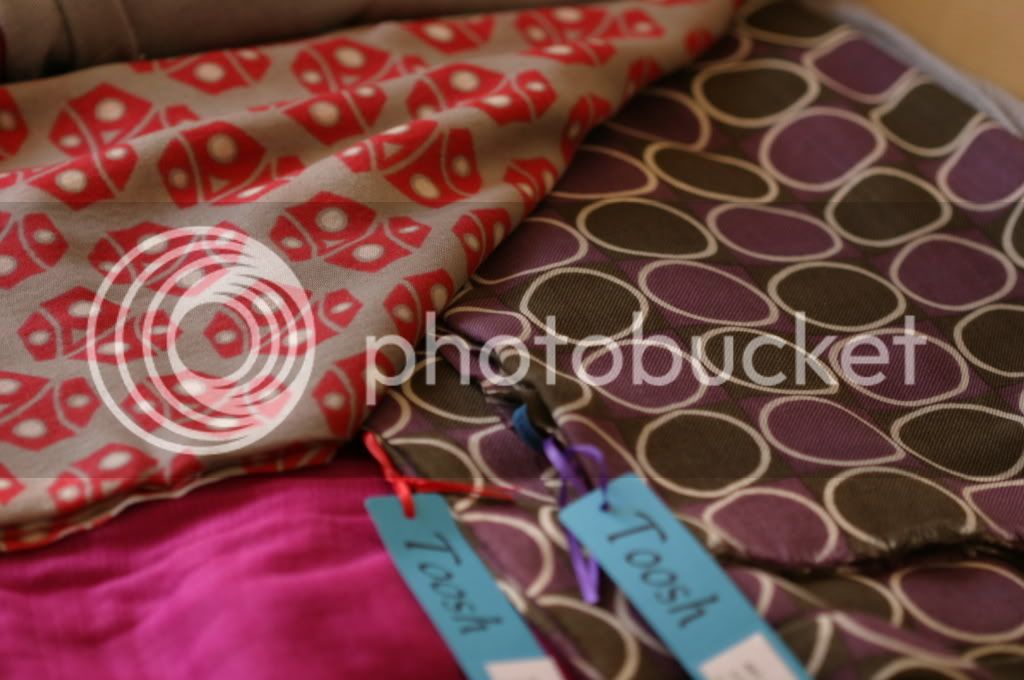 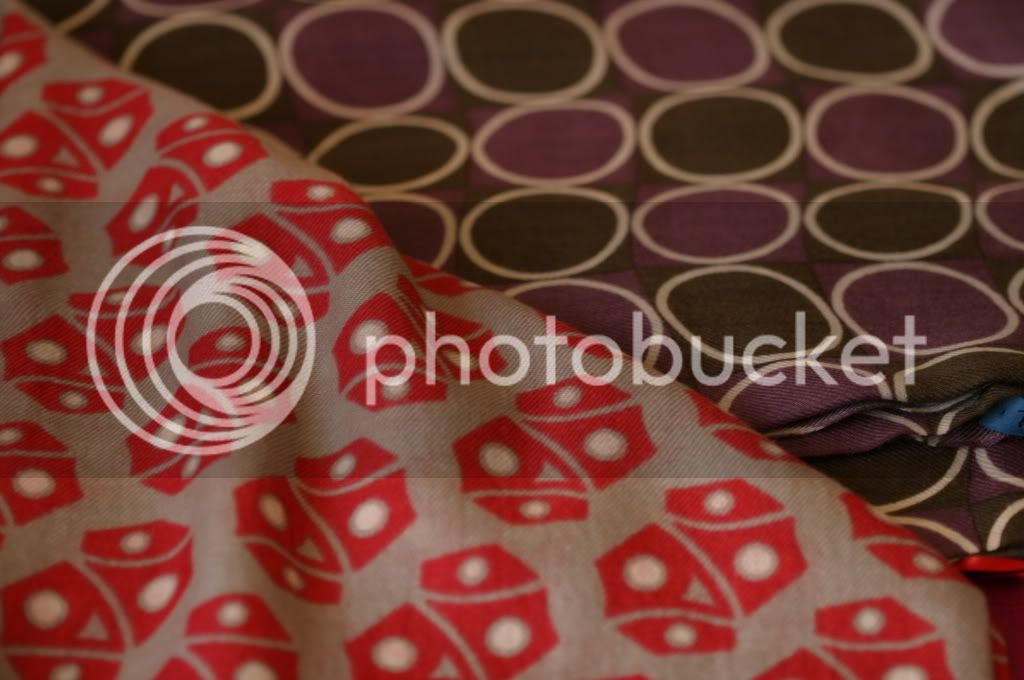 Somewhere over the rainbow

I have to admit though, when I read the title of the thread I thought "A scarf for your butt? Now that sounds interesting!"

Saw this brand mentioned in a magazine recently... Jen Aniston was wearing their scarves.
S

Where can I find Toosh scarves??? How much do they run? Thanks so much!
H