This bag just SANG to me so I had to buy it!!

banned for a while!

hehe... presenting my 2010 SANG City! I've been on the list at Holts since November, and my Holts just got the RH Sang City in last week. There were only 2 that came in, and they didn't even make it to the shelves! I've been waiting for the right red Bal and I'm really happy with this color. 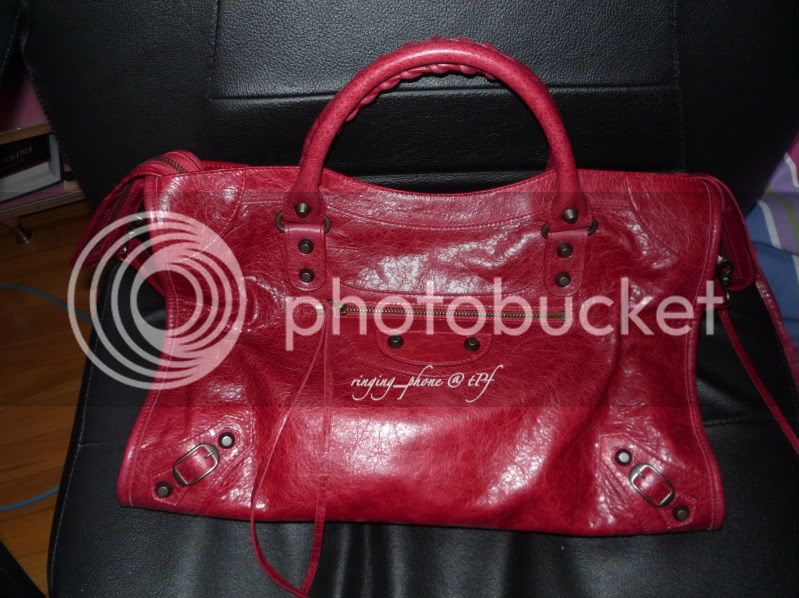 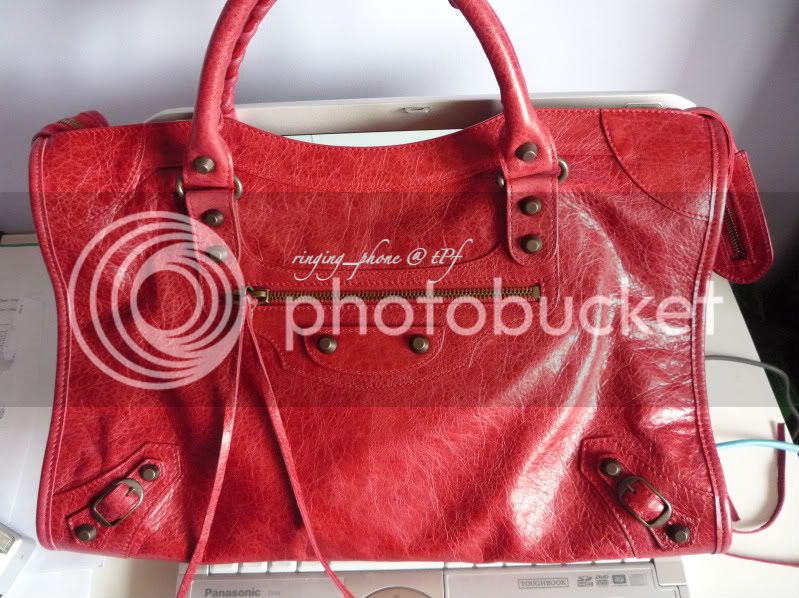 Gorgeous bag! Sang looks great on this bag... enjoy! How much was it at Holts? I've been to the Toronto store, no City there...

banned for a while!

bobocakes-unfortunately, Holts has raised the price to $1595

wow! $1595?!? Then I can forget about buying one from Holts! May end up buying from ****** then...Thanks for the info though! Your bag is so pretty, just in time for the warmer weather! (Hopefully its getting warmer in AB now)...

Great bag - I too love the Sang color - a good red

Beautiful, just beautiful. I have one too and adore it! I'm finding that is my perfect red.

The color is just smashing!

Congrats on getting a well sought after bag! I have the same bag and love it

Sang really is a lovely red.