The Real Housewives of Cheshire - ITVBe

ITV has announced the cast of new reality series The Real Housewives of Cheshire.

The series, based on the American Real Housewives franchise, will broadcast on new free-to-air channel ITVBe.

It will reveal the everyday lives of wealthy Cheshire housewives, which are packed with drama and lavish backdrops.

Viewers will get exclusive access to the elite events and social occasions attended by the housewives and learn all about their lives.

Ampika Pickston, from Hale Barns, studied at the Toni & Guy Academy and the Vidal Sassoon Academy, and she now owns her own beauty salon and spa. She is a recent divorcée, who remains on good terms with her ex-husband, and she has an 8-year-old son, Jake. She also volunteers at an animal shelter, looking after cats, rabbits and horses.

Dawn Ward is wife to Ashley, the former Manchester City footballer, and has four daughters - Darby, Taylor, Charlie and Aston. She runs an interior design and construction business with her husband and lives in a restored home on 20 acres of land. The family have a private stable with 15 horses and two grooms.

Lauren Simon, married to businessman Paul, has two daughters. She spends her time organizing friends' holidays and parties, after she left her father's hairdressing business to party. She has a pet rabbit which she takes for walks on a lead.

Tanya Bardsley married her footballer husband Phil this year at Peckforton Castle and honeymooned in Las Vegas with Leanne and Wes Brown. She has a daughter, Gabriella, and two sons, Rocco and Renz. She has her own box at Stoke City, where her husband plays, and describes herself as a party girl. Once an FHM model, she now works as a life coach and author.

Leanne Brown met husband Wes in Royals Nightclub 16 years ago and they have three daughters, Halle, Lilia and Lola. She loves holidaying and partying, and went on Tanya and Phil Bardsley's honeymoon to Vegas with them. She is currently in the process of launching a children's fashion range and has just completed the first season's designs.

Magali Gorré is originally from The Hague in Holland and has been married to ex-footballer Dean for 21 years. The couple have three sons, Kenji, Quinten and Aidan, all of whom also play football professionally. She is currently writing her third book and has written columns for Esquire, Grazia and The Telegraph.

The Real Housewives of Cheshire is expected to launch soon on ITVBe.
Click to expand...

I see tacky. but I'm superexcited. At least two of the women seem ok

Do you know if this will be on in North America? I grew up in Cheshire so I'm interested to see what this is like!

I'm from Cheshire too,it's a gorgeous place.I can't wait for this

I love when there are new Real Housewives franchises set in cities we don't normally see on TV. I'll definitely be finding a way to watch it from here in Canada.

Confession: Sometimes I have difficulty understanding English accents (why I couldn't get into The Only Way is Essex) but hopefully I won't have this problem with this series.

I wonder how the rest of the country views Cheshire.
S

I hope I can find this show in Canada, it looks promising.

slang said:
I hope I can find this show in Canada, it looks promising.

I've got you covered for the premier episode

girlonthecoast said:
I've got you covered for the premier episode

Thanks! I quite liked it, did you?

Dawn resembles Elizabeth Hurley, as does her daughter (the one that sang)

The planing of the ball reminded me of the same storyline that Leah Black from RHOM did although I didn't mind it. I want to see nice events and the shopping & prep for these events.

Yes? May I help you?

I love this show!

Just caught the first episode tonight and it was glamorous which is nice! Some of their homes are beautiful, very English and preppy. And they've already stayed true to the Real Housewives franchise -mini cat fights that would soon probably escalate to a full blown season.

It was interesting to see that most of the wealth come from a footballer husband. Seems to be the choice of profession. And the ladies really love their makeup, they pack it on.

I'm normally pretty good with accents, but I had trouble understanding some of their conversation.
G

I know, I think that's the biggest difference between Canada and the US and Europe is the popularity of footballers and their WAGs. The properties on the show are really nice.

Do any of the Housewives have a history in the English media?
L

girlonthecoast said:
I know, I think that's the biggest difference between Canada and the US and Europe is the popularity of footballers and their WAGs. The properties on the show are really nice.

Do any of the Housewives have a history in the English media?
Click to expand...

I think I read that Magali writes for a few magazines.

Well I'm onto episode 2, and not overly impressed. These women are typical footballer wags who don't really have their own careers, except from Ampika who coincidentally is my favourite.

I think Leanne is gonna be horrible the more time goes on.

DCA via the DMV via NGA

Okay, so I like Magali and worry that this series could end up like the Melbourne franchise where they pick on one person and end up looking like bullies in the press and popular opinion. It got really trying watching folks pick on the lawyer in Melbourne and it'll get that way (for me) if things go the same way in Cheshire.

That being said, Magali needs to yank one of these binshes by their edges or plumped up lips. Just once. Preferably Dawn as that will calm the rest of them all the way down. But Dawn is a smart binsh. She lets her "lap dog" (ooh, Magali had me laughing when she mocked her on that), Lauren, do all the dirty work. 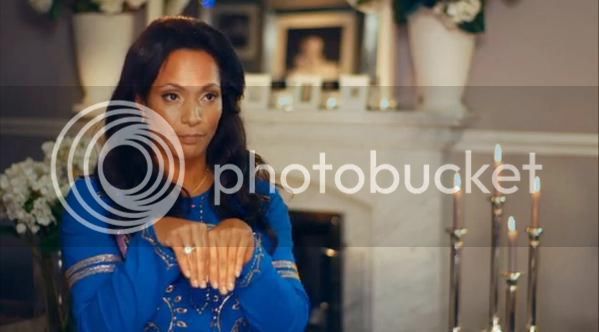