The McCartney's Call A Truce !

After months of bitter feuding, Sir Paul McCartney and Heather Mills have called a truce in their acrimonious divorce battle for their daughter's sake.

They buried the hatchet amid fears over the effect their constant rows are having on three-year-old Beatrice. Sir Paul, 64, was spotted on Friday having a 'friendly' ten-minute summit with Miss Mills at a North London restaurant, talking amicably while their daughter played.

He lifted Bea into the air to wave goodbye to her mother as the pair went their separate ways.
It is claimed that the couple have both looked at their behaviour over recent months and decided it was time to put their child first.
Sir Paul is believed to have agreed that a divorce deal will be settled in the next year and is also likely to celebrate his 65th birthday in June at a party with Miss Mills and their daughter.
Miss Mills, 39, is said to have allayed McCartney's fears that she might try to start a new career in the U.S., following her appearance on the American version of Strictly Come Dancing, and would take their daughter with her.
Sources have suggested Sir Paul will settle the divorce by next spring and has handed over an interim payment, reportedly in the region of £1million, amid claims that Miss Mills needed the money to pay off debts.

It is estimated that she will receive about £100million of his £800million-plus fortune from the final settlement. They were married in June 2002.
The revelations represent a serious step forward. A few months ago things had reached such a low that nannies were forced to oversee handing over Bea from one parent to the other, because of their rancorous feuding.
At the couple's last public meeting in October, Bea's third birthday, they hardly exchanged a word. A source claimed that Sir Paul had become more 'chilled out'. Last week he revealed how he was feeling more upbeat, saying: "There is a tunnel and there is a light and I will get there, and meantime I really enjoy my work and my family." 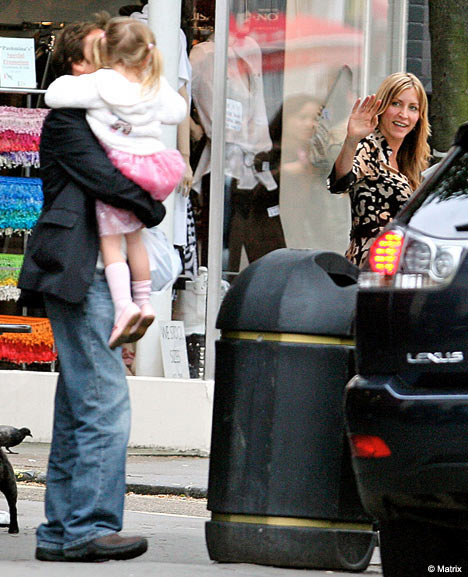 They have to admit it's getting better: Sir Paul hoists Beatrice aloft as her mother departs with a cheery wave ...

Sir Paul departs with Bea in his arms

finally, i'm glad they can be civil now for their daughter's sake.
R

I wonder if this has something to do with a story I read today. In it, a former bodyguard of Paul's has allegedly sold his story to a tabloid. He claims Paul is an alcoholic and drug abuser with anger problems. In any event, this is good for their little girl and that's what matters most.

I agree, nobody, except these two people really knows what went on in that marriage, but they have got a lovely little girl that has come out of it, so they have to get over the anger issues atleast on the outside, for their little girls sake

I am happy to hear this. I hate it when two people can't be civil to one another when children are involved.


BTW, I truly believe that most of the things Heather and the bodyguard said about Paul are true. As much as I loved the Beatle when Linda was alive, I don't think he is all there now.