The difference a loving home can make

I mentioned this in another thread, but didn't want to totally hijack it, so I thought I'd post here.

We adopted one of our beagles in January of 2006. Her story makes me sad and angry, though in the end I'm glad she got away from all of that and is with us now. She arrived at our local humane society when someone found her and her puppy on the road. The puppy was several months old, and by the sounds of it she had a litter and they (her old owners) kept one of them, meaning the puppy was never really weaned and they were super attached to each other.

Her old owners came to the shelter, took the puppy, and left her there.

The shelter staff said it was heartbreaking to watch them take the puppy away from her. Kizzy had to spend about a month at the shelter, even though we adopted her shortly after she arrived. They had to wait for her to come out of heat before she could be spayed, so we waited. In just a few weeks, this poor dog ran away from her home, was picked up on the road by a stranger, had her puppy taken away from her, had to live in a shelter, was spayed, and went to a strange new home with a strange new dog. That's a lot to go through! She settled into our home quickly and was sooooo happy to be loved on. She became VERY attached to us very quickly, and proceeded to have some separation anxiety issues immediately. It was like she latched on to the affection and was terrified of something else being taken away from her.

She's such a sweet, fun-loving dog, and we just love her. I just wanted to post to show the difference in a dog. She wasn't abused (just maybe not loved the way that the rest of us love our dogs), but you can see in the first picture (the one that was taken at the shelter and posted on their adoption site) how lost and confused she was. 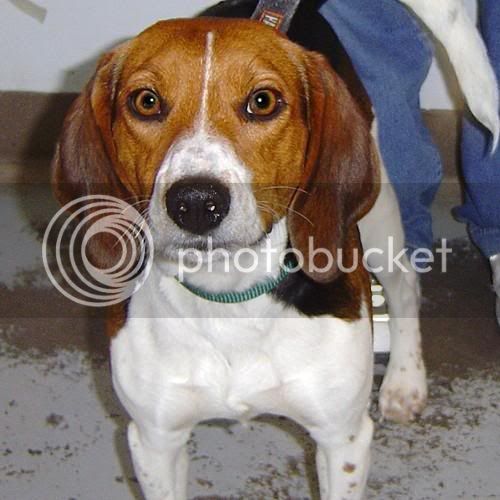 And now (I guess you could say they're "the after" pictures): 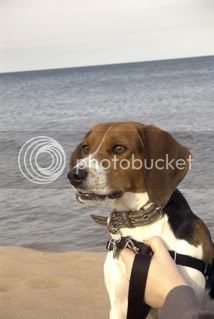 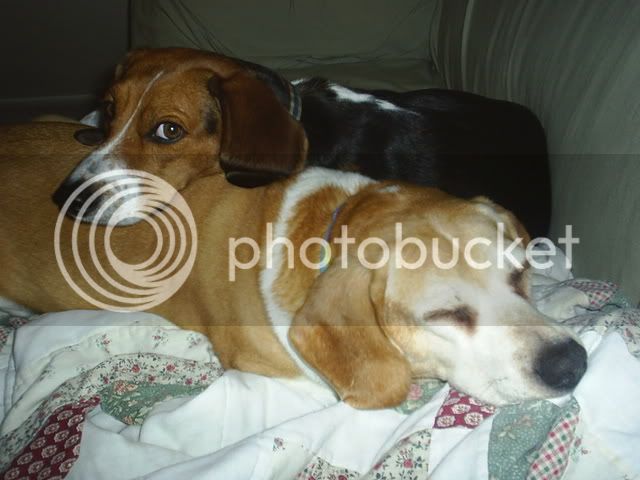 I'm not sure if the difference is as noticeable to anyone else, since we obviously know her very well, but I think there's definitely a difference in the look in her eyes. It's like she has an identity now and can be sure of herself and who she is.
•••

Definitely see it in her eyes! You are the sweetest for taking her in! May you guys have many happy years together!
•••

Yep, we can see it in her eyes. What a nice story. I love my rescue dogs. I wish everyone could have the experience of adopting or rescuing a dog or cat.
•••

Thanks, jenarae! And I agree, Irishgal. I love my two shelter beagles, and I really think you grow closer to them as a part of the experience. They really appreciate the love.

Here are a few more pictures (sorry, I love them! haha). 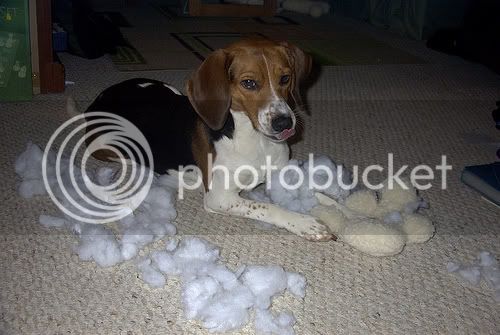 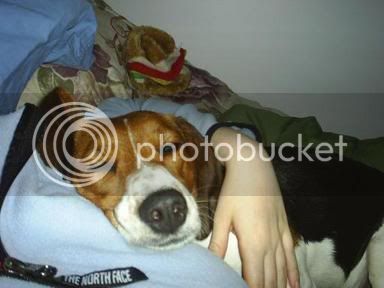 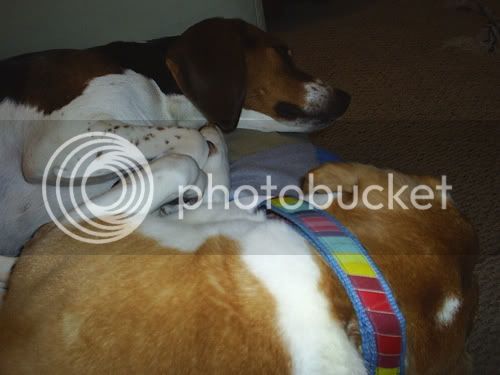 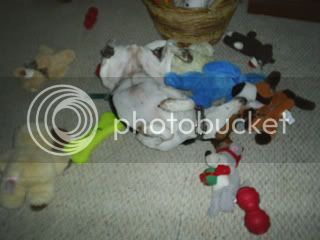 She looks so happy in your home

You are sweethearts for rescuing her and giving her the love that she deserves! Bless you!

wordbox said:
Thanks, jenarae! And I agree, Irishgal. I love my two shelter beagles, and I really think you grow closer to them as a part of the experience. They really appreciate the love.

Here are a few more pictures (sorry, I love them! haha).

^^
hahaha...i love the last picture! Im glad to see im not the only one who has a million toys for my pup. My bf says im crazy! haha but they love the variety!
•••

Awe!!! What a sweet baby!!! I can totally tell a huge difference in her eyes! God bless you and everyone else who takes these dogs in and gives them a life and and love!!!
•••

Thank you for posting this--it makes it all worthwhile adopting a rescue animal and working through the "issues" to see them feeling safe and happy.

I definitely see it. Esp. the pic of her on her back--a dog won't do that unless they feel completely secure. One of our female boxers had been abused, abandoned and looked so sad. Everyone said later she became such a happy dog. Your story warms my heart. Bless you.
•••

I totally see it in the eyes, too. I love happy ending/beginning stories like yours... Great pictures! Love the destroyer!!!
•••

what a sweet baby! You can see how much happier she is now.

My friend has a little male dog about her size if she's looking for a boyfriend. He likes to show of his tummy too. She reminds me of him as he is white with spots, but I think he is mostly Jack Russel, not beagle. My friend's dog was abused by his previous owners and my friend basically saved him by just taking him home with him. Yeah, guess that's theft, but oh well.
•••

Truly amazing! I really can see a difference!! God bless you for giving this sweet dog a loving home. I wish there were more folks like you!
•••

Show Me The Orange!

God bless you for giving this beauty a new lease on life! It DEFINITELY shows how much difference a loving home makes.
•••

oh my gosh, you have me crying at work. Bless your heart for taking her in and showing her love and affection, and the difference is really noticeable!! She looks so happy now.

Aww, thanks everyone! They are great dogs and we love them. They can be frustrating at times (hey, they're beagles, they love getting into trouble) but they are so worth it. They won't be the last ones we adopt, I know that! I'm on a bit of a "dog ban" right now, though.

Also, I hope this post doesn't make it sound like I'm trying to pat myself on the back or anything, because that's definitely not my intentions. I just am very pro-adoption and wanted to show how we can make a difference in an animal's life by taking them in when they aren't wanted and showing them what it's like to be loved.