The BIG Cat Who Likes Getting Wet & Wild** Spectacular Footage** 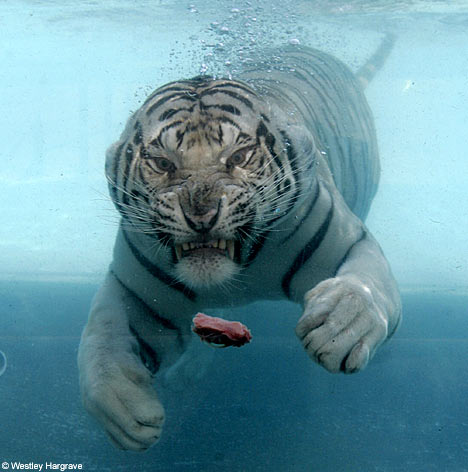 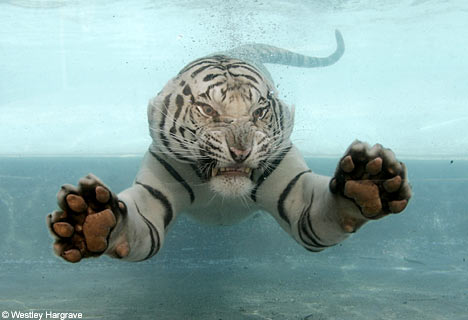 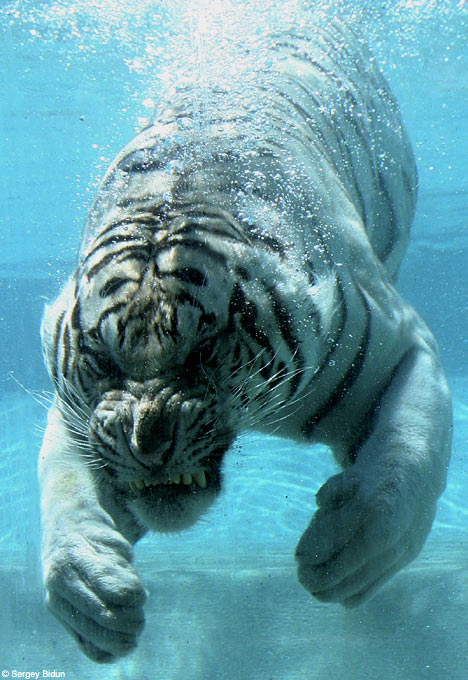 This is a large male white Bengal tiger called Odin.

Six years old, and at the prime of his life, Odin lives at the Six Flags Discovery Kingdom Zoo in Vallejo, near San Francisco. He is about 10ft long from nose to tail, and is an excellent swimmer.


White tigers - the colour is caused by an unusual genetic combination - are rare in the wild, although there are several dozen in zoos. Odin was hand-raised at the zoo. And after he was weaned, his British trainer Lee Munro discovered his remarkable skill: when a lump of meat was thrown into a pool of water, Odin would happily dive in after it.


In fact, although Big Cats generally do not like water, tigers of all types have been spotted taking to the water to hunt and even to bathe for pleasure. Odin can now be observed in action - a large pool with glass walls has been constructed at the zoo to allow visitors to watch him gliding through the water with all the grace of a polar bear.

Your welcome str8..... He's such a magnificent animal. I couldn't resist him.

Georgous!! Wonderful photos, look at those great big paws!! thanks for that Prada

oh my goodness, his face! I love these pics.

Oh goodness, he is fierce looking! But amazingly beautiful as well. Thanks for the pics!

Your welcome ladies. I'm amazed at the size of his paws.

He is truly magnificent. Thank you so much for these pictures, Prada. Love them.

Oh wow!! That is amazing! 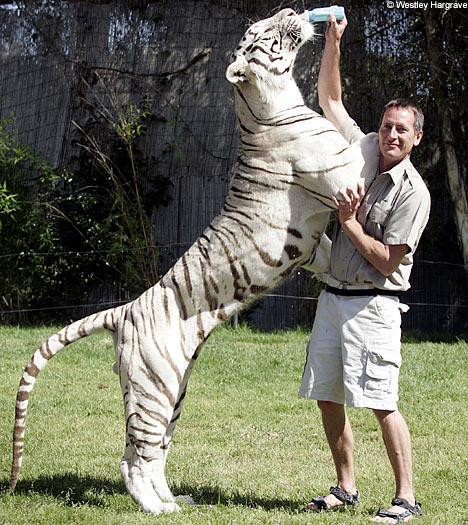 gorgeous animal! saw them in person once at the national zoo in washington dc.

Wow, what a gorgeous cat! Those paws are huge!!

That is a spectacular looking animal... those arms are HUGE!
You must log in or register to reply here.
Share:
Reddit Pinterest Tumblr WhatsApp Email Link
Register on TPF! This sidebar then disappears and there are less ads!
Sign Up
Top Bottom