Taye Diggs chased down and captured a burglary suspect he found rummaging through his garage after the Screen Actors Guild Awards, according to Los Angeles police.

The incident happened just as the Private Practice star and his wife Idina Menzel returned to their Studio City home on Sunday night.

French says the man ran off, but Diggs followed him down the street and held him for police. Neither man was hurt.

There is also said to have been a getaway driver, who drove off before authorities could apprehend him.

He was among many Hollywood stars to turn out for the ceremony at the Shrine Auditorium.

Diggs and Cougar Town&#8216;s Busy Phillips presented the award for Outstanding Performance by a Female Actor in a Drama Series, which was won by Homeland's Claire Danes.


I have met Taye twice and he is a tiny man, the guy must have been really scrawny
B

I am glad he wasn't hurt. I hate thieves!

Thieves don't even leave the celebs...!!

Taye doesn't appear to be a very large man. I'm impressed that he was brave enough to chase the guy down.

After a decade of marriage, Taye Diggs and Idina Menzel have separated, PEOPLE has learned.

"Idina Menzel and Taye Diggs have jointly decided to separate at this time," reps for the couple tell PEOPLE. "Their primary focus and concern is for their son. We ask that you respect their privacy during this time."

Menzel, a Tony Award winner for Wicked, spoke to PEOPLE about the marriage earlier this year, saying it wasn't always smooth sailing.

"We work at it," she said. "I'm not going to glamorize it or glorify it &#8211; we go through tough times like everybody else, but we love each other very much. We try not to be away from each other for more than two weeks at a time, and we try to find new ways to communicate."

Oh no that makes me sad

nycmom said:
Oh no that makes me sad

I thought they might be one of the few to make it.

They seemed pretty solid, always sad to hear this.

Such a bummer to hear about this, Hollywood divorces always make me sad esp ones that have held on for so long.

Well there were all those stories about him being a serial cheater. Maybe there's some truth to it.

No kids...I wonder if that could have contributed.

^They have a son together. Sad to see them split...

I've always wondered if he's gay
? He mighty fine tho.

Urgh another one bites the dust... Marriage isn't easy now let alone to survive in that industry....

Wish them all the best...

Taye Diggs Will Play 'Hedwig' on Broadway After Darren Criss! 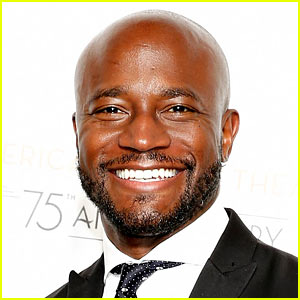 Taye Diggs will be returning to Broadway this summer in the hit musical Hedwig and the Angry Inch!
The 44-year-old actor will be taking over the lead role from Darren Criss, whose final performance will be on July 19.
Taye is fantastic  he has theater cred, he has pop culture cred, he can sing, he can act, he can dance, hes smart and hes sexy, producer David Binder told the New York Times. Thats why we cast him.
Taye has previously starred on Broadway in Rent and Wicked, both alongside his ex-wife Idina Menzel, as well as in Chicago and Carousel. He hasnt been on the Broadway stage since January 2004!
Previous actors who have played Hedwig in this production include Darren, Neil Patrick Harris, Andrew Rannells, Michael C. Hall, and the shows creator John Cameron Mitchell.