Travel Talk to me about Germany!

Berlin - zoo is worth a visit [Knut the polar bear is there - though not as cute and cuddily as when it was a cub!].

KaDaWe store is fantastic. The food hall is fab - if they still have the chinese hot food bit try the duck as it's super yummy!! The staff cook the food in front of you.

Munich is also a lovely city for a few days visit.

Do a city tour to get yourself familiarised with where everything is at both cities...

Giegen (sorry spelling might be a bit off) - where they make the Steiff Teddy bears. Has a museum with mechanised animals [which your daughter would no doubt love].

Is that your Shiba in your avatar??? Here's my baby 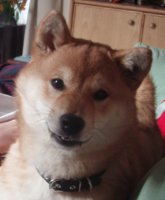 I loved the food floor of Ka De We department store. It was almost food paradise. They had everything you could imagine.

Germany has the best chocolate and lollies in the world

When I was there it was in the Autumn and as I was flying into Munich all of the trees were amber and there was the lovely green bavarian paddocks and I was thinking 'I am going to move here'!!!

Everyone down in Bavaria seems to be very outdoorsy and when I was on the train going out to see the Neuschwanstein castle there were tonnes of people young and old going out for hikes everywhere and were very chatty with the tourists.

I find Munich very beautiful but perhaps a bit 'slow' for me personally.

its not like driving on a normal freeway you will be travelling at 150km/h with about 3 car lengths between you and the one in front and then someone will just pull in between the two cars like nothing out of the ordinary. Its all good to be going fast but the problem is the amount of space the other cars give you is ummm.....minimal! It takes time to recover after such an experience.

I think Berlin was amazing. It does look like a city that has been dragged through war and there is graffiti and half torn down building all over the place but that is part of its charm. You really have to see it to know what I am talking about but it is truely a lovely place, but bear in mind it is not picturesque like Vienna or Prague. I think it is more beautiful than those places.
When I was in Berlin it was SO cold the wind was biting at my face and it was only October but bear in mind I live in Australia so I am not used to cold weather.

I found the people to be 'black and white' in their attitude. Either they were super friendly or perhaps a bit cold. Usually it was the general public that was kind and generous and the people in the service industry that weren't very nice and a bit abrupt but I do know that you can't paint everyone with the one brush.

Here is a photo over Bavaria if you are interested 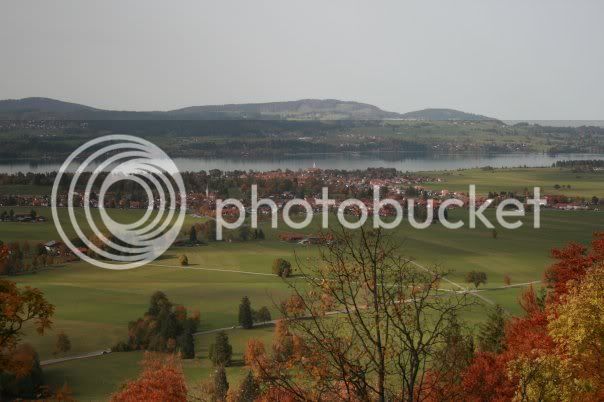 Is that your Shiba in your avatar??? Here's my baby

my SO spent more than a month in germany and loved it. he really liked the scenery but hated the food!

Oh wow lucky you!! Berlin is my favorite city in the world, as far as I've seen. It's spacious and flat and therefore perfect for biking and walking. There are so many different neighborhoods with cheap delicious food and people clubbing throughout the entire weekend (I mean nonstop, without sleep!). There are also some great day trips, and just train rides away from other really amazing cities. You are going to have a fabulous time. I am so jealous!!

I live in Bavaria but Berlin is one my favorite cities ever. I wish I wouldn´t live so far away. I´m not sure if you are interested in art and architecture but Berlin has amazing museums.
I absolutly agree with plumaplomb, the nightlife is great and it isn´t hard to find really good restaurants.
When we were in Berlin everyone was very friendly as soon as they realised that we are tourist they wanted to help us. And even though Berlin is such a big city I found it very relaxing. You can always find a beautiful and quite place in the park or in a small cafe. I´m sure you will enjoy it.

i lived my childhood and youth there...i didnt like Berlin at all,but thats because I am from western Germany, we apparently thought that Berlin is what old Russia must have been 20 years before (though we never went to Russia

). the tourists are mostly focused on bavaria and southern Germany, it is truelly a beautiful region. what is not so well known is the northern side round the North Sea, I always enjoyed myself being there (the region must be called East Vriesia in English?). I dont want to gossip now about my old fellows, but I hope you will though have a nice living there!

Thank you! (Sorry - I'd forgotten about this thread *oops* )

Well, the date is set for around 10th April 2011. We've got a house in Grunewald and DD into a nice-looking school.

I've heard so many good things about Berlin

Art & architecture - yup! Nightlife, not so much these days. Food - oh yeah!

Now I have logistical worries - but most of those I'll delegate to DH. The main worry is apparently it's difficult to get good, high-speed internet and it takes a long time

My entire business life depends on the internet, so this is worrying in the extreme.

But I'm sure it will all work out in the end!
S

Expat said:
Now I have logistical worries - but most of those I'll delegate to DH. The main worry is apparently it's difficult to get good, high-speed internet and it takes a long time

My entire business life depends on the internet, so this is worrying in the extreme.
Click to expand...

Don't worry! I live in Germany and everyone I know has high-speed internet. Just check who offers the best service in your area and you'll be fine.
Some companies can be a PITA and take forever to set it up for you, but so far I've been lucky.

My DH and I recently moved to Germany last summer. I would recommend taking roadtrips all over Germany! There are so many beautiful places like Bavaria, Trier, Heidelberg (Altstadt), etc. in Germany. My DH and I prefer to visit the smaller towns in Germany because there are less tourist. We really enjoy seeing the castles in the old towns and walking the old cobblestone streets that have quaint shops and yummy restaurants. We absolutely love living in Germany!

As for internet issues... I would NOT worry about it! My DH had 10.0 internet speed hooked up at our house and it works great! We also did not have to wait long for it to get hooked up. They were prompt and professional.
Last edited: Dec 20, 2010
You must log in or register to reply here.
Share:
Reddit Pinterest Tumblr WhatsApp Email Link
Register on TPF! This sidebar then disappears and there are less ads!
Sign Up
Top Bottom