One of my sons needed a couple cakes for an office party, and I volunteered to help him out. The recipes I chose were for cakes I had never before baked, so my fingers were crossed that there would be no kitchen disasters. They both turned out beautifully and according to everyone in his office, they were scrumptous!!

The chocolate cake recipe can be found in the Southern Living 1986 annual cookbook, although I tried to scan and piece it together for you here. The two pics show both frostings, which is what makes this cake so yummy~I was having a difficult time with my chocolate curls, so cosmetically, the finished cake wasn't as pretty as I had hoped it would be. 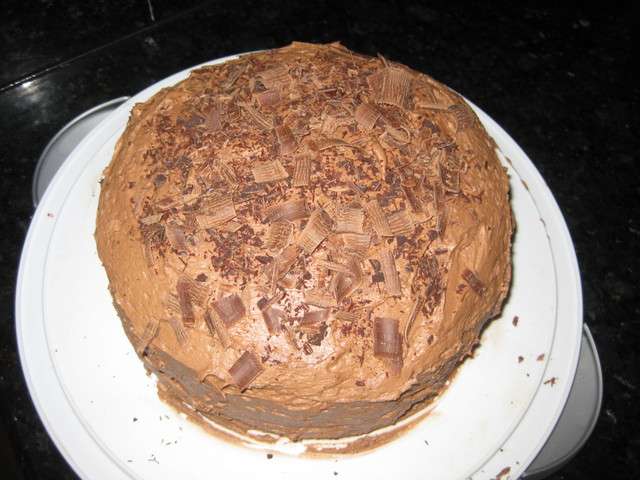 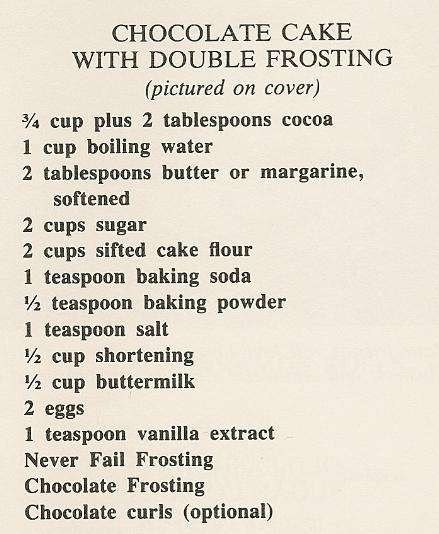 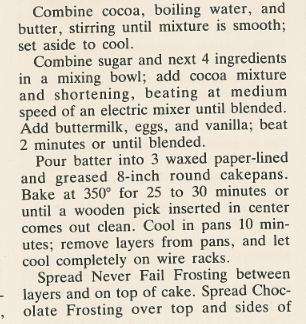 The 2nd cake is 'Elvis Pressley's Favorite Pound Cake'. According to my son, it was TDF! So often, I find that pound cakes are somewhat dry and need to be served with fruit and/or ice cream, however this cake was certainly the exception. It was very moist. I made two of these as my DH insisted he have one for himself, so I was able to sample it myself. I loved it!! 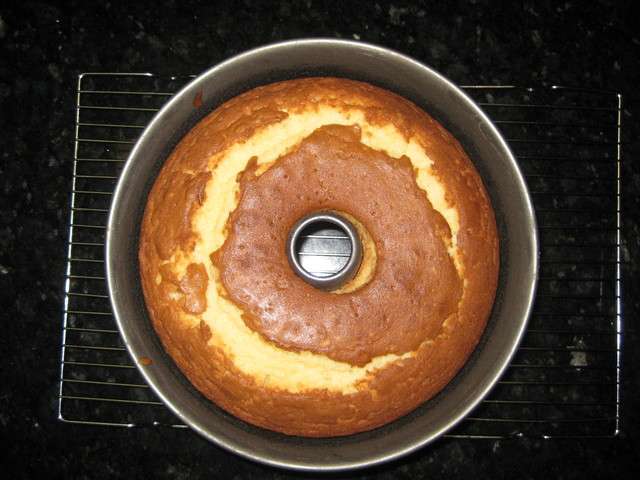 I'm going to have to try that pound cake recipe

Thank you for sharing!

Wow, they both look amazing..

Looks delicious!! Thank you for sharing!

Oh my. Yum. Never heard of a double frosting cake before, but bet it was amazing. Thanks for sharing the pictures and the recipes.

Thanks for all the compliments ladies and for checking out my cakes. After eating several pieces of the pound cake, I can say with certainty that it was delish. I didn't have any of the chocolate cake, but received a lot of rave reviews. The double frosting is what makes this cake so yummy. Of course, I must admit that I did sample both frostings as I was assembling the cake. Couldn't resist the temptation!