Hey what's up? I'm Daphne, here to open an official discussion thread for the brit-teen crossover Skins. I work for BBC America and tried to get in contact with the site admin to see if it's ok to start this thread, but never heard back so I hope it's cool with you guys.

If you haven't seen the show that some are calling "Dawson's Creek on Speed," here's the place for fans to discuss and newcomers to get acquainted... You might have caught last night's premiere on BBC America, but if not you can still watch Sundays at 10pm/9c. If you're into it, check out character bio's xx and watch cast interviews/show trailers on the youtube page (http://www.youtube.com/skinsbbcamerica) to familiarize yourself. And keep in mind, the show is about teens - but it's actually made for mature audiences, this ain't Full House folks 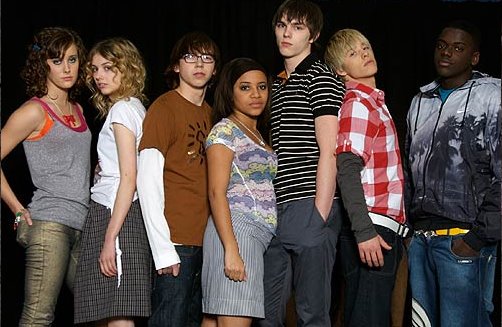 ​
Did anyone watch last night, or maybe seen it before in the UK? What do you think about it? I think an interesting fact about the show is that it's mostly written by teenagers and casts real people in that age range... kinda refreshing to see real faces imo. ^_^

you are welcome to post here, we just don't allow any form of advertising, see our rules.
D

No worries, I totally understand! I hope it's still cool if people use this thread to discuss the show, that is, if they want of course... I have some goodies like pics, wallpaper and avatar to share with you guys - but before I do, I'd like to get the greenlight from you Swanky Mama

And no, they aren't ads... just fun stuff to decorate your MySpace page/blog/IM/etc. Let me know girl! thanks

photos w/o links, wallpaper and myspace is fine 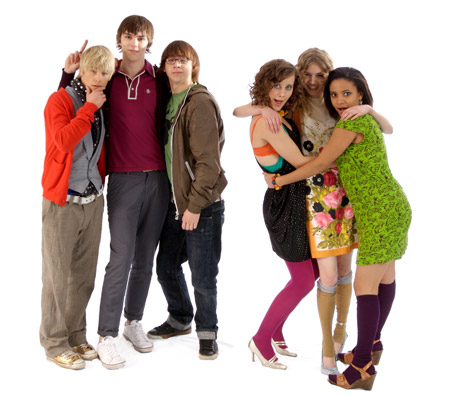 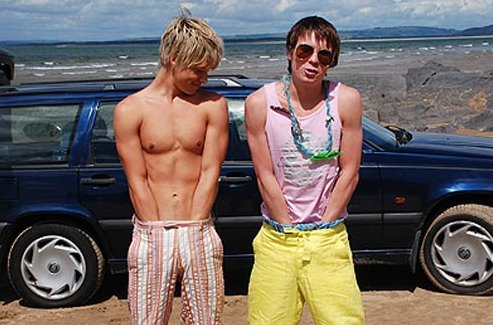 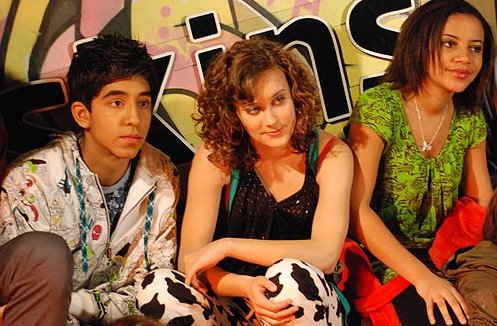 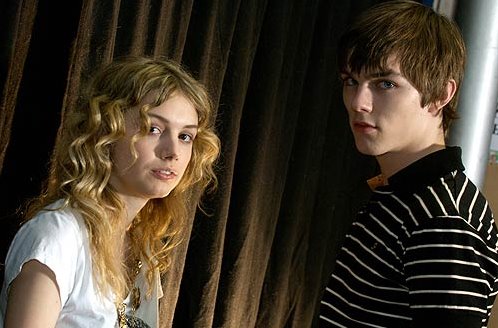 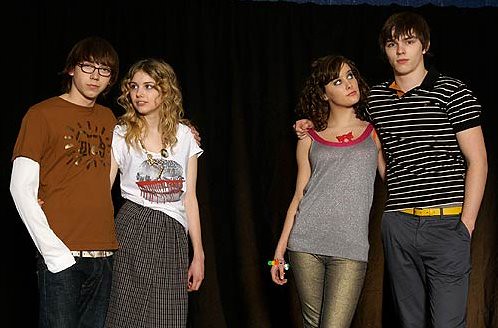 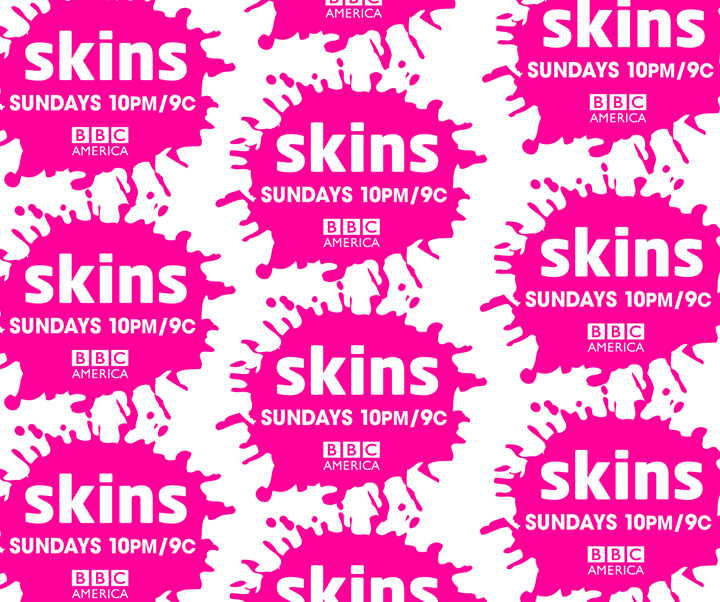 I LOVE Skins! I've already seen every episode over here in the UK!
D

I have yet to see every episode, but I think the first season is pretty awesome! I'm excited to see what happens next...

Isn't that the kid from "About A Boy"?

I've seen the trailers on BBC America...but it just doesn't look like my kind of show. I don't watch teenager drama shows (although I did love the UK series Hex).
D

Yeah, honestly I don't either. This one doesn't fall into "90210" category though, rest assured. It's a british dramedy that's actually made for mature audiences. And yes, that IS the kid from About A Boy, his name is Nicholas Hoult. It's crazy seeing him all grown up now! He plays Tony, the manipulative leader of the pack...

Here's an interview of Nicholas explaining the differences between his character and himself.

The only thing that pissed me off was the guide had the wrong description for the episode! So now I know what's going to happen to Jal's character in a future episode.

Glad you liked it esiders! I noticed the episode description too, and haven't seen the entire series myself - so I feel ya on that one!

gah I wish I lived in the UK, but I thank GOD for BBCA!!
I've never watched Skins..probably cause I"m so busy this summer...also I was trying to catch up on Hotel Babylon and Footballers Wives.....this sounds like a HIT!
D

Totally, some friends of mine are allllll about Footballers Wives. I'm also a big fan of Graham Norton, he cracks me up! ^_^

So I grabbed a clip from the premiere for those of you who missed it (or just want to see it again! haha)... it's one of my personal favorite clips from the show...

Here's a clip from this weekend's upcoming episode "Chris": 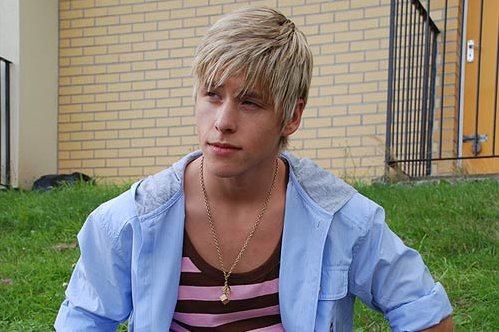 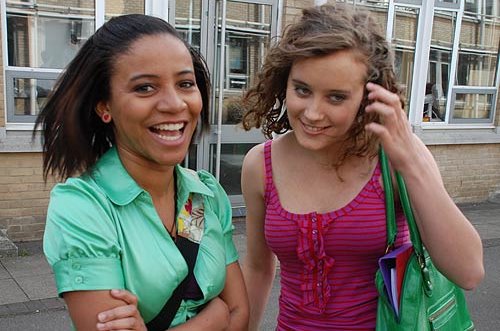 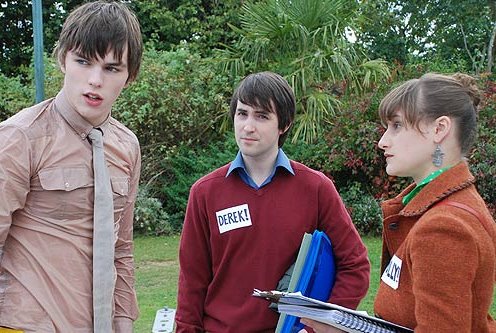 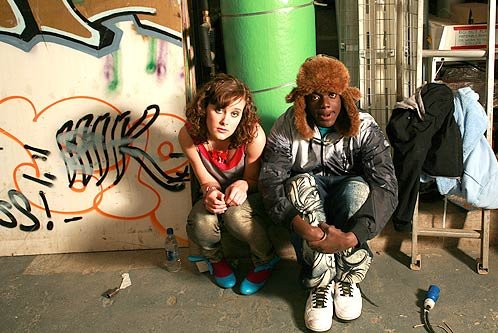 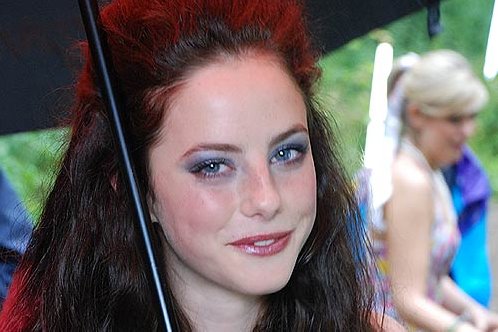 New videos up on youtube in the 'About the Actors' playlist! Watch interviews with Joseph Dempsie, Hannah Murray and Nicholas Hoult discussing their hometowns and range of acting roles.

Here's one about their US travels...