The markets sexiest race cars include hot wheels nobody can deny--Ferrari, say, and Jaguar--as well as more subtly sensual drives like the Ford Shelby GT500 Coupe and the Mercedes-Benz CLK63 AMG Black Series. And theyre a far cry from what youll see this weekend in Indianapolis or Monaco.

"Sexy" and "race car," though, are often in the eye of the beholder. Or the hands of the driver.

Instead, we included vehicles that met the following criteria: Each had to be a street-legal car which can be bought new and in which, without having to tear down and reinvent the whole car, some people actually race--or at least, given the cars' power, they could if they wanted.

Under The Hood
Size also counts, as evidenced by the mine-is-bigger domestic cars on the list. Pistons that are more than four inches--across. More than 500 horsepower. Eight cylinders. Ten cylinders. The neighbors will hear. Exactly the point.

The BMW M3 probably belongs, but it's out of production until next year, following a redesign of the 3 Series on which it's based. That makes a space for another V-10, the BMW M6. The M6 doesnt get raced as much as the M3, but the M6 sure is sexy, and when you buy one (or an M5), BMW throws in high-performance driving school at its track in Greer, S.C. Not bad.

Yays And Nays
Some cars that were qualified in other respects failed the "sexy" test, even though they get raced. (Sorry, Cadillac CTS-V.)

And at least one acquired taste made the list, the Subaru Impreza WRX.

The Impreza WRX STI is accessible (read: affordable--cheap, even). It's also a hoot to drive in the mud, ice and snow. And unlike those fancy-pants European exotic models, you dont have to be an International Man of Mystery to afford one.

The WRX was originally created to compete on Asian and European road rally circuits, according to J.D. Power and Associates.

The Porsche 911 GT3 RS is another example. Its suspension is so stiff, it's uncomfortable for a casual drive on a typical road, but the 911 GT3 RS is a sexy race car, which is legal to drive on the street, in which lots of people (by Porsche owner standards) race. Heck, in Europe you can buy one straight from Porsche with all the fancy stuff stripped out, a roll-cage welded in, plus six-point, racing-style seat belts and a fire extinguisher.

Admittedly, this is a subjective exercise. There could have been a Top 12, or a Top 8. There's another challenge. If you could add two, what would they be? If you had to drop two? 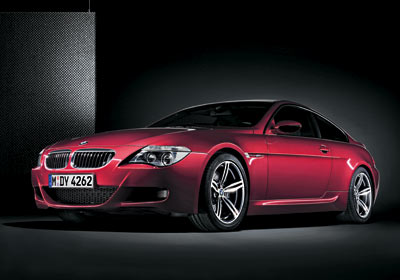 BMW M6 Coupe
Starting MSRP: $99,100
The BMW M6 Coupe is in the exclusive 500-horsepower club, thanks to a V-10 engine. Buy an M6 Coupe or Convertible, or an M5 sedan, and BMW throws in high-performance driving school at its track in Greer, S.C. The rear styling is not universally admired, but the M6 Coupe has got the racing pedigree. 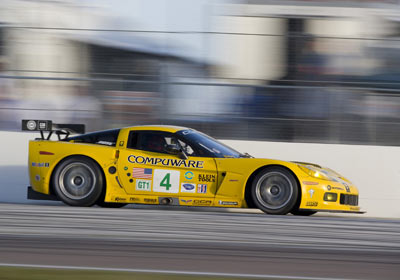 Chevrolet Corvette Z06
Starting MSRP (street-legal version): $70,000
The Chevrolet Corvette Z06 is GM's fastest production car. It's sexy in, shall we say, an in-your-face way. Its huge, 7.0-liter V-8 engine delivers 505 hp. Racing touches include lightweight parts made from titanium, aluminum and magnesium. Chevrolet races a version of the Z06, the Corvette C6-R, in the American Le Mans Series. 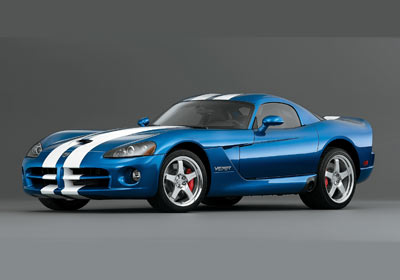 Dodge Viper SRT10
Starting MSRP: $86,995
At the Chrysler Group, SRT stands for Street and Racing Technology, a division that makes racier versions of several Chrysler, Dodge and even Jeep models. The Dodge Viper SRT 10 has an 8.3-liter, 510-hp V-10 engine. The car goes from 0 to 60 mph in less than 4 seconds. 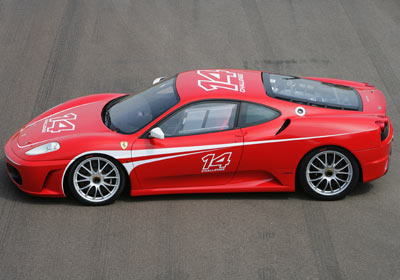 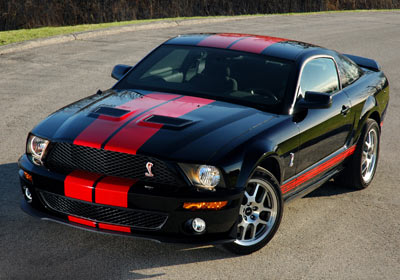 Ford Shelby GT500 Coupe
Starting MSRP: $40,930
The Shelby GT500 Coupe is the most powerful production Mustang ever, with a 500-hp supercharged V-8 engine, 30% more powerful than the late-1960s Shelby GT500. The tachometer swaps places with the speedometer, so the driver can see the tach better while shifting. Believe it or not, Hertz has a tamer version for rent should a track version not be your cup of tea. 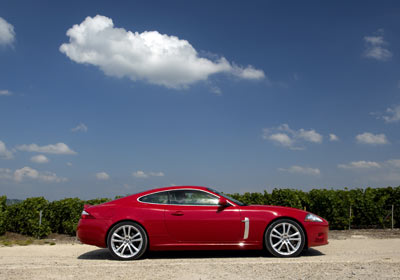 Jaguar XKR Coupe
Starting MSRP: $86,500
Somehow, the mesh grille does it. Jaguar's "Gorgeous" ad campaign may irk some, but it describes the XKR Coupe, from front, side or rear. Its supercharged V-8 engine is 40% more powerful than the standard XK Coupe. Underneath the cushy interior is a lightweight aluminum structure. 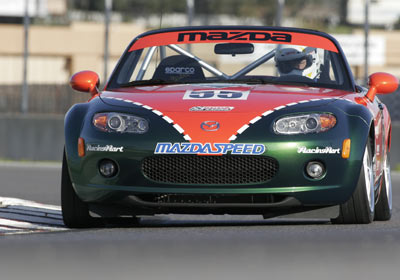 Mazda Miata MX-5
Starting MSRP: $21,180
You dont need a big V-8, or a hard top, to be a sexy race car. For the little Miata, the emphasis is on power-to-weight ratio. The Sports Car Club of America sponsors races where the whole field is made up of race-prepared Miatas. Lots (and lots) of performance extras are available. 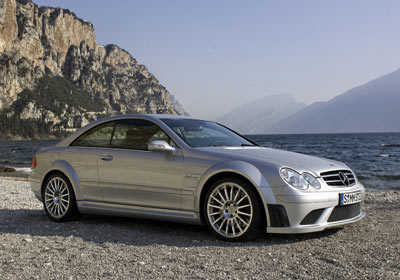 Mercedes-Benz CLK63 AMG Black Series
Estimated MSRP $140,000 (2008 model, debuts July 2007)
Not to stereotype, but the 500-hp Black Series from Germany is sexy in a highly disciplined way. The Black Series is based on a Formula 1 "Safety Car." In an emergency, it can run with "real" race cars, at speeds that would blow away a purely ceremonial "pace car." 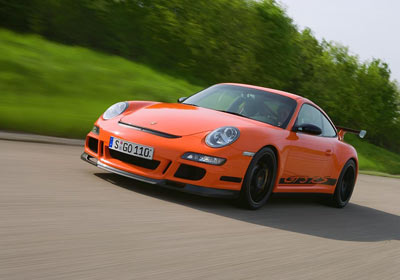 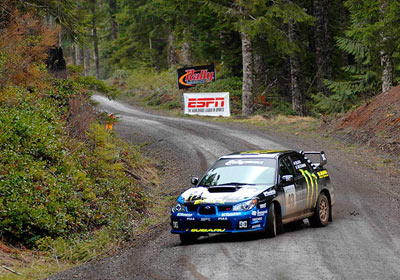 Subaru Impreza WRX STI
Starting MSRP: $33,495
The Subaru Impreza WRX STI is a sexy race car (Off-Road Division, let's say) because its so much fun to drive and so many people race it, especially in off-road rally racing. Consumer research firm J.D. Power and Associates said the WRX is a contender for "highest performance for the dollar."

Ahhh that Jaguar, I need some water now

excuse me ladies, i need a moment.

omg I want the BMW!

I have the CLK63 on order in black. I can't wait. I also love the Jaguar. Such a great looking car.

HubbaWubba said:
I have the CLK63 on order in black. I can't wait. I also love the Jaguar. Such a great looking car.
Click to expand...

I need a pic of that baby!! I good friend of ours just bought a 930T and is planning on racing it - roll cage and all. Interesting story. He was going to buy Fergie's manager's 930 and then the manager found out that our friend was going to race and wouldn't sell it to him. Talk about a control freak! Our friend eventually found one in Miami. It is the older body style like mine (which we both love) but it is a Turbo - mine is a C4.
H

I had an M6 convert for all of 6 months, but decided I am a MB girl through and through. Plus I had a very bad experience at BMW with servicing my car. It totally turned me off to the brand.

HubbaWubba said:
I had an M6 convert for all of 6 months, but decided I am a MB girl through and through. Plus I had a very bad experience at BMW with servicing my car. It totally turned me off to the brand.
Click to expand...

Aw, that sucks! The one thing I can say is we have the most incredible BMW service dept. ever. Unfortunately, we've had to use them way too much, if you know what I mean

(superchip) We are getting ready to trade the M5 for a new ML63 AMG SUV. Really only need 1 sedan in the family!

And for you Maxter 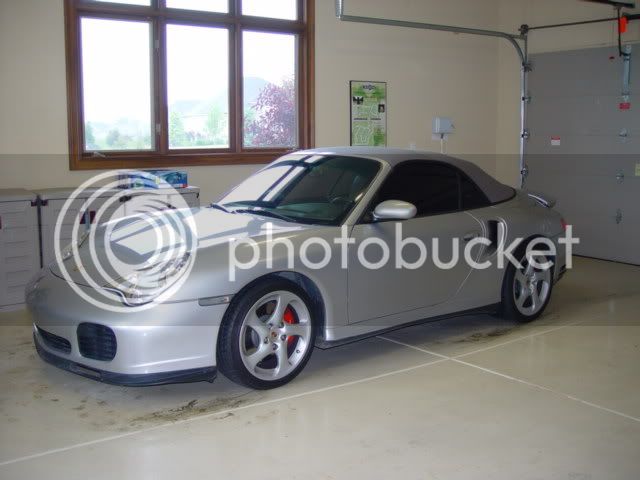 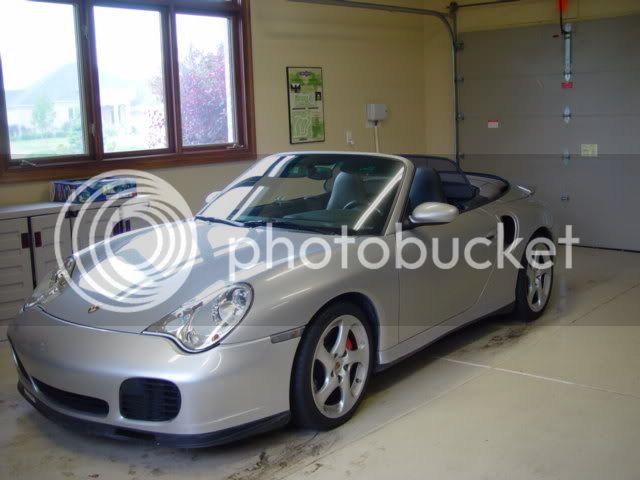 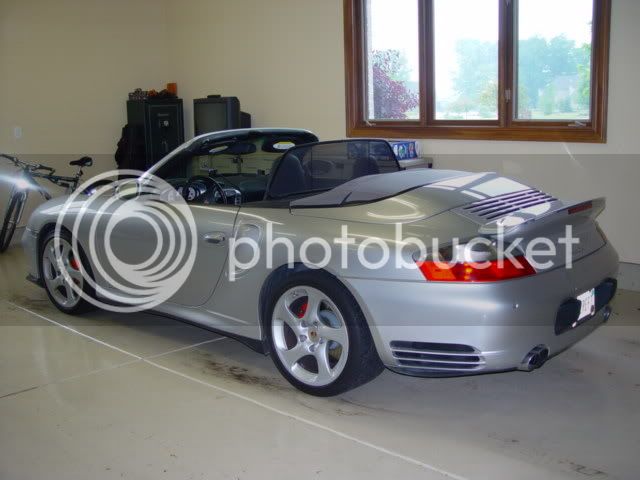 (need to hose out my garage:shame

OMG. My husband's porsche is very similar but not a Turbo. I'll find a pic. This is too weird. We have to many similarities - maybe your my long lost sister?!

And believe it or not - this is the newest addition to our vehicle collection. My DH is crazy!!