Maybe some of you are already familiar with my story.. For those who are not:

When I first saw the stamped croc phantom in gray, I instantly fell in love. I knew that I had to have it. But it was soooo hard to find. I did a lot of attempts since last year to find this dream bag of mine, but I am unsuccessful every single time. Imagine how devastated I was when I found out sometime this year that it was discontinued.

I considered settling for something else, but I still haven't found the perfect color, the perfect style that would make me feel that way. So the search goes on... We were supposed to go to NY for thanksgiving so I decided to contact someone in Celine NY to see what they have ahead of time. I know it was already discontinued but I still wanted to try and see if maybe they have it. I asked for the black stamped croc phantom instead because I felt that it's not as hard to maintain as the gray one. The guy I was talking to told me they have one with a picture attached. The image of the bag was never attached so I asked the SA to re-send the image but he never did. I never followed up with him because I thought he was only mistaken.

One day, I was trying to cheer myself up and decided to contact my SA in Florida. That's when she told me that she has the black croc stamped phantom. I didn't waste time and told her I'm going to get it. The following day, I was told that there was a price increase because it got included in the Spring 2014 collection and I would have to wait until the 18th before they charge my card because that's when the Spring 2014 collection will be released. After considerable consideration, I realized how badly I really wanted the purse and still decided to get it.

Also, this bag is extra special, because this will be my last big purchase as my husband and I are going to undergo an amazing new journey together. So this will be my "last hurrah".

Thank you for letting me share! Anyone up for my reveal?

The package has just arrived!!!!! Please join me as I open it... 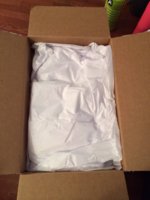 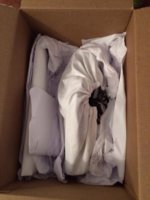 So excited for you!
Congrats and await your big surprise
•••

Here it is, hiding inside the dust bag! 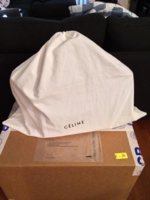 And finally! I get to see and experience it!!!! 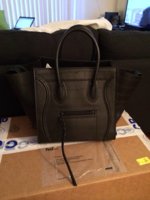 Your bag is gorgeous!

And congrats in advance on the reason for your last hurray. I can assure you it won't actually be your last :giggles:
•••
A

Wow bag twins! I received mine today too

unoma said:
So excited for you!
Congrats and await your big surprise
Click to expand...

Your bag is gorgeous!

And congrats in advance on the reason for your last hurray. I can assure you it won't actually be your last :giggles:
Click to expand...

Thank you! I have a feeling it won't be my last either. But maybe the next one will after I-don't-know-how-many years. Lol!
•••

*A*L*Y* said:
Wow bag twins! I received mine today too

You too? Nice! Thanks!