A friendly reminder to stick to Harry and Meghan, a little off-topic is natural, but not for pages. Let's stick to the topic, please. No politics, discussion about members, etc.

marietouchet said:
The MM sugar-laden US fashion press is coincidentally whining about. W&K visit, such timing ….

Fulanigate was last month , lol, so I has trouble seeing if the Times reported it yesterday - last month’s articles need to be reloaded

Boston Is Apparently Really Angry That the Royals Are Visiting 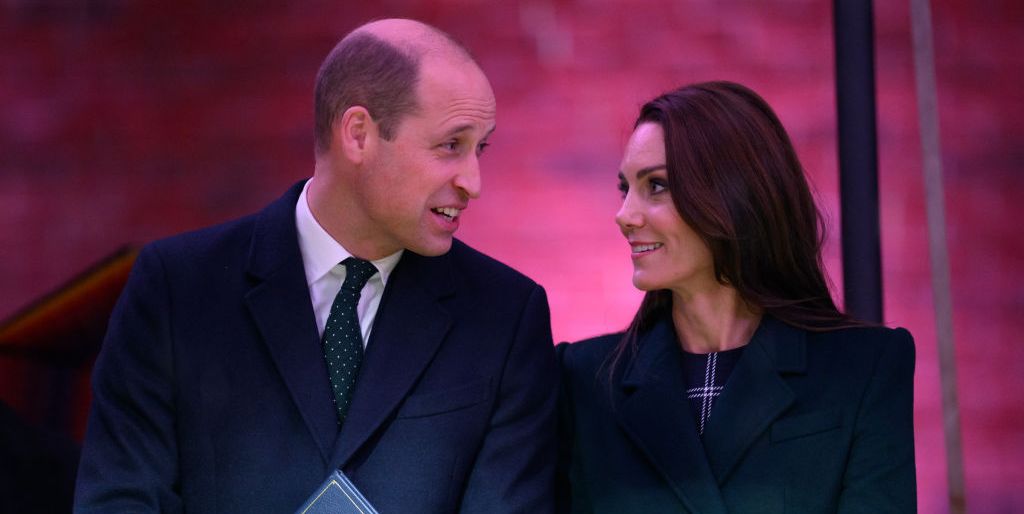 Boston Is Really Mad That the Royals Are Visiting: "I Didn't Invite These People"

Prince William and Princess Kate's visit will apparently make it hard for people to get to the supermarket.

I think "really angry" is a bit of an exaggeration. They'll be gone by Saturday. It's the same when a President is in NY. There is gridlock everywhere and New Yorkers love to complain about it.
Reactions: sdkitty, EverSoElusive, MiniMabel and 4 others
•••

scarlet555 said:
It didn't occur to me that crazy had so much support, if Fulani is doing her bidding- She don't need Crazy to prove a point, but it doesn't make Lady Susan actions right-at any case, set up or not, it's real aint it? Just because it's a set up doesn't make less real IMO.
Click to expand...

Has Lady Hussey told her story? No.
We only have 1 version from the person who had an agenda. Yet, so many people rush to judgement.

Katel said:
And no one has asked her if she’s ok!


Ha, what a doof scabies is - sadly for them, he called it right (for once). Super Bowl halftime is the hired entertainment. The Super Bowl itself is an elite, championship competition between the top two teams in that sport.
Click to expand...

Reactions: EverSoElusive, zen1965, googlewhack and 3 others
•••

bag-mania said:
Has it been announced how many episodes the Netflix series will be?
Click to expand...

I think the BLG mentioned 6 on his video. He will be reporting on them.
Reactions: EverSoElusive, jennlt and CarryOn2020
•••

Just google it.
Reactions: EverSoElusive, youngster, scarlet555 and 1 other person
•••

CarryOn2020 said:
Has Lady Hussey told her story? No.
We only have 1 version from the person who had an agenda. Yet, so many people rush to judgement.

I think she will follow QE's motto, and will keep silent.
Reactions: EverSoElusive, Hermes Zen, googlewhack and 11 others
•••
C

CarryOn2020 said:
Has Lady Hussey told her story? No.
Click to expand...

And she won't. She is of the "Never complain, never explain" school, not "Let's run to social media ASAP to air every grievance".
Reactions: EverSoElusive, mellibelly, MiniMabel and 17 others
•••
O

In the words of my late father, "Get a bucket of cold water for those two."

Katel said:
Yeah, I prefer to hear both sides of a story before wading in, so I post hesitantly …
On one side, @papertiger nailed it, my thought too was LSH was acting more “elite” than racist … throwing her “royal lineage/connections blah blah” around … and when Ngozi didn’t fawn and submit to LSH’s class elitism, she continued to attempt to intimidate (IF it happened as one of the two parties stated).
From Ngozi’s side - and I know it’s not a popular viewpoint - I’ve noticed people with a chip on their shoulder, an “axe to grind,” find a reason to justify that chip over and over and over again. She’s posted a hatred for the BRF … why was she there at all?
Click to expand...

Seriously, KC3 needs to cancel these events/galas. It will save money, time and effort. QE proved that one-on-one awards are far better, far more meaningful to the honoree, than the clusterf at the palace.

Jayne1 said:
Back in film class in University, we watched Leni Riefenstahl’s 1934 documentary-style propaganda film, "Triumph of the Will" which is when I learned of what editing and musical score can do to our emotions.

I’m not comparing the two films, obviously! but just watching that trailer, I could see the power of the image, the atmospheric sound under spoken word meant to manipulate the message and evoke an emotional response, plus the utter lack of spontaneity... so thank you, University Film class 101!
Click to expand...

Powerful film that shows how easily people believe a lie. It was easy then and it still is.
Reactions: EverSoElusive, Hermes Zen, Aminamina and 7 others
•••

"Did they set up a phone camera with ring light to record their intimate moments and share with the world after claiming privacy?"

It instantly stops being oh-so-cute and romantic when you realize there is a person being paid to stand there and take these intimate pictures.
Are we supposed to believe they are taking these pics themselves with a timer on their camera?

I really pity the people who have to follow them around and be forced to photograph these scripted moments of faux tRuE lOvE
After 5 mins I'd be like:

CarryOn2020 said:
Has Lady Hussey told her story? No.
We only have 1 version from the person who had an agenda. Yet, so many people rush to judgement.

Not expecting much, even with both version, it won't be the truth, maybe the 'audio' might help and I expect a lot of (from Lady Susan)-' I didn't mean to offend, I was just really curious', the elitist's excuse for microaggression behaviors...
and I am no Team Cringe at all....hate her hypocrisy
Reactions: EverSoElusive, SittinInCoach, needlv and 2 others
•••

Aha the mystery of why they need 16 bathrooms and such a big house…for the netflix crew that followed them around for a whole year!

Reactions: EverSoElusive, Hermes Zen, calicocat and 14 others
•••
You must log in or register to reply here.
Register on TPF! This sidebar then disappears and there are less ads!
Sign Up
Top