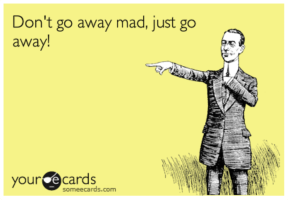 xincinsin said:
Sorry for giggling, but this sentence is so nonsensical: "after vocal concern about the coloring of her kids, she bore two light-skinned offspring". It's not like that story about Archie's skin colour is proven fact. And this sentence makes them sound like they were mail-order babies and she purposely had light-skinned kids to prove her detractors wrong.
Click to expand...

I thought she did?

youngster said:
Looking back, we could all see the decline in the Queen's health since Prince Philip's death. (Whether she suffered from bone cancer as the rumors say, I've got no idea of course.) The bout of covid she suffered last winter and likely the stress from the past 4 or so years probably added to her decline though. Harry, Meghan and Andrew contributed to that stress and all 3 of them should be ashamed. Andrew, for as much as I dislike him and I dislike him a whole lot, at least had the grace to basically disappear, not complain, and not leak stories to the press.

Harry and Meghan? Every single day it's a new complaint, a new trivial something about how they have been wronged. Neither of them can understand that the Queen had no wish to have Meghan at her bedside in her final hours? That Charles and his siblings only wanted those closest to the Queen and to themselves to be present at such a sad time? That Kate likely stepped back and didn't go to mollify Meghan?

It just boggles the mind, these two little toddlers masquerading as adults, addicted to manufacturing drama. Apparently, Harry can't spend 18 hours apart from Meghan. So, we have him throwing a tantrum that he couldn't bring Meghan when the Queen was dying, when he is the one who declined the Queen's invitation to go to Balmoral this summer with Meghan and the children when the Queen was actually still alive and would have been happy to see him.
Click to expand...

Excellent summation, and it does boggle the mind. How do they think? They certainly are not normal and the farthest thing from being humanitarians.
Reactions: andrashik, nymeria, csshopper and 9 others
•••
C

It will be interesting to read the extra chapters.

sdkitty said:
not sure if this has been talked about here: 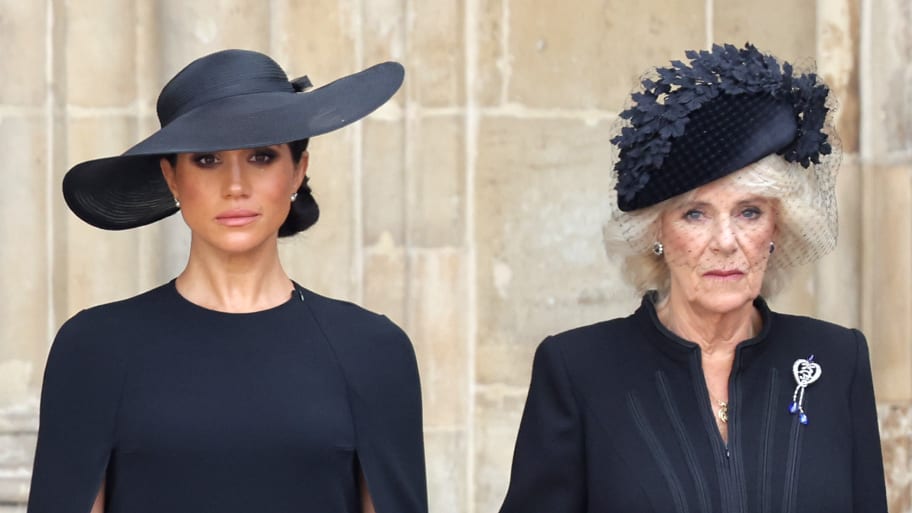 Camilla Parker-Bowles spluttered into her tea when Prince Harry suggested bringing in a mediator to help solve the royal family’s rift, a new book reveals. According to Vanity Fair, the book, The New Royals, written by journalist Katie Nicholl, quotes an unnamed family friend who alleges Harry visited his father, then called Prince Charles, in the spring, with hopes of healing the growing rift between the family. “Harry went in with hugs and the best of intentions and said he wanted to clear the air,” the source said. “He actually suggested that they use a mediator to try and sort things out, which had Charles somewhat bemused and Camilla spluttering into her tea. She told Harry it was ridiculous and that they were a family and would sort it out between themselves.” The source claimed the meeting with Charles “was more awkward” than Harry’s tea with the queen. “The Sussexes were late, and Charles had just 15 minutes with his son and daughter-in-law,” Nicholl writes. Any chance of reconciliation was sidelined after he appeared on NBC’s Today show, reportedly “raising eyebrows” at Buckingham Palace as he discussed his relationship with the queen. “It seemed Harry’s drive to win back some of the trust that had been shattered post-Oprah was dashed,” Nicholl writes.
Read it at Vanity Fair 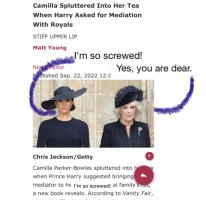 I read wrong because my screen view was cut off: I saw "Camillla Spluttered Into Her Tea When Harry Asked for Medication"
I spluttered into my turmeric latte

Well of course. Just supports their typical MO. Say you were invited or complain that you weren’t invited. Either way these are falsehoods. Very predictable behavior with them for quite a while.
Reactions: lulilu, Hermes Zen, purseinsanity and 18 others
•••

Chanbal said:
This video is about one person in the long list of used & markled…

The same patterns of behaviour again and again. I don’t understand how anyone can advocate for this woman.
Reactions: kemilia, Hermes Zen, Kaka_bobo and 13 others
•••

Pessie said:
The same patterns of behaviour again and again. I don’t understand how anyone can advocate for this woman.
Click to expand...

Disclaimer: I'm not saying this applies in general. This is only my own experience.
I had a bad time with the 3 office narcs because they directly impacted my work. Colleagues who were not impacted found them to be perfectly pleasant. Colleagues who were love-bombed thought they were lovely people. And some colleagues objectively knew they were liars, unreliable and losers, but still liked them because subjectively they appeared to be nice or they just kept giving the narcs the benefit of the doubt.

IMO, most people don't want to think the worst of anyone. They find the levels to which narcs descend to be unbelievable. So, unless you get personally backstabbed, you prefer to think that there may be a plausible reason for what they are doing, whether it be foolishness or idiocy. It's only when you become their victim that you look into self-preservation or, as Piers seems to be doing, counter-attack.
Reactions: Sina08, Hermes Zen, rose60610 and 25 others
•••
P

I suppose I could hire a small crowd to wait at the end of my drive to make a fuss and take my picture when I got home, but how would it really feel knowing they wouldn’t be there if I hadn’t paid them to be? It wouldn’t make me feel good inside and I doubt the neighbours would impressed. I don’t get the celeb PR culture at all.
The Royals don’t need to try and people are interested anyway. Meghan could’ve saved herself a boatload of money and work. She’s a fool.
Reactions: kemilia, Hermes Zen, rose60610 and 22 others
•••
P

charlottawill said:
What a dolt he is...