calicocat said:
I was curious - then googled to find out. This transformation must've cost pretty penny to complete: 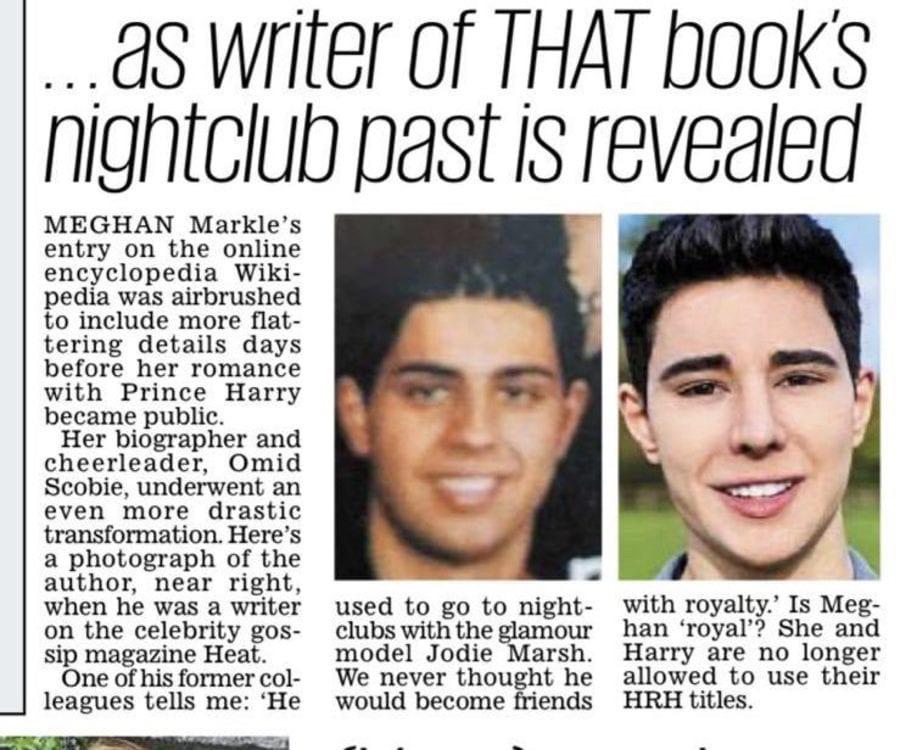 Holy cow - I would never have recognized him from the “before pic”. Wonder how much all of that cost…
Reactions: CarryOn2020, EverSoElusive, jennlt and 2 others
•••

Luvbolide said:
Love it ! A kid after my own heart!

Speaking of religion, what about the Sussex kids? They can’t really be raised in the CoE while living in Montecito. (At least I think not!) Is there some sort of American equivalent in such cases? Something else for JCMH to think about - along with his visa status, tax status and who knows what else. Does he even have a passport or does he just go (I mean fly private) anywhere he wants whenever he wants? I can’t imagine that either of those two thought about any of this. But even if they had, I am sure that they think they are faaaaaar above such mundane matters.
Click to expand...

Religion seems to mean very little to H&M, I doubt they even care enough to think about it. M thinks about religion and denominations the same way as she thinks about politics; whatever suits her. Hazard's grandmother is the head of our church, so he probably thinks CoE is another thing he can take or leave when it suits him. Another reason to chop all of the family out of the #succession to the throne.

JCMH has to have a passport. UK citizens don't usually have another official ID (unless they drive). He will need to take his passport wherever he boards a plane (or whatever the internal regs have in the county he flies in domestically). He certainly needs a passport when traveling abroad.
Her Majesty the Queen is possibly the only person in the world who does not (need one).
Reactions: Chloe302225, Toby93, Kaka_bobo and 12 others
•••

Can't watch normally on YT, so hoping there's a chance here (but I haven't seen yet)

purseinsanity said:
Wow, the only thing she’s Queen of is Delusions IMO!
Click to expand...

Wow, nothing she does isn’t staged. Such a fraud.

another one I haven't watched yet

papertiger said:
Can't watch normally on YT, so hoping there's a chance here (but I haven't seen yet)

I love he noticed that both C&C and W&K both sent out Birthday wishes accompanied of pics of M taken at the precise time when she (and H) were being BOOOOED!

That is elegant, effortless, shade right there!

QueenofWrapDress said:
If you think the first slide is bad, just keep swiping.

I tried Googling him. He’s a computer guy, couldn’t understand the subject matter of much of his posted work. But the word “algorithm“ caught my eye.

For tpf integrity, self reported and asked to have the article deleted after reading the fine print in People magazine that "Reproduction in whole or in part without written permission is strictly prohibited."
Click to expand...

Couldn't you have waited two more minutes? It disappeared while I was in the middle of the article

Looks like the ghostwriter has ghosted them. Or should I say Markled?

jennlt said:
Couldn't you have waited two more minutes? It disappeared while I was in the middle of the article

Thanks, that is so kind of you!

jennlt said:
Looks like the ghostwriter has ghosted them. Or should I say Markled?

It couldn't have made them that much money, they won't have anything left for H's 'memoir' (which will be filed under fiction) and it made OW look unprofessional.
Reactions: Chloe302225, Chanbal, needlv and 11 others
•••

QueenofWrapDress said:
If you think the first slide is bad, just keep swiping.

Everytime I read something from the sugars and stans, the first word that comes to mind is always DELUSIONAL.

Luvbolide said:
I love Laura Linney - she is a great actress. Years ago I saw her on the stage in NY with Liam Neesin in The Crucible (I think - LOL!). They were fabulous.

MM is sooooo far out of her league as an “actress”.
Click to expand...

Love her in The Big C and Ozark. She can play funny and serious, unlike Z-list who only plays fake Z-list