Firstly, sorry if this is posted in the wrong section, or if there is another sub-forum I have missed all-together for this kind of topic, please move it there if so.

I was wondering if any of you have had experience with the Prada Men's Bags? Specifically i'm looking into getting one of their briefcase style bags. I have had my eye on this burgundy one for well over a year, and seen it in Prada a few times and always lusted after it, however I have read a lot of negative reviews on the quality of Prada, and above all the service of Prada being VERY bad.

Obviously service is a case-by-case situation, but quality is not, and I do not want to spend almost £1500 on a bag if it is going to have cracking and peeling after the first few uses like the Tote does!

Any comments or stories?

The bag I am looking to get: 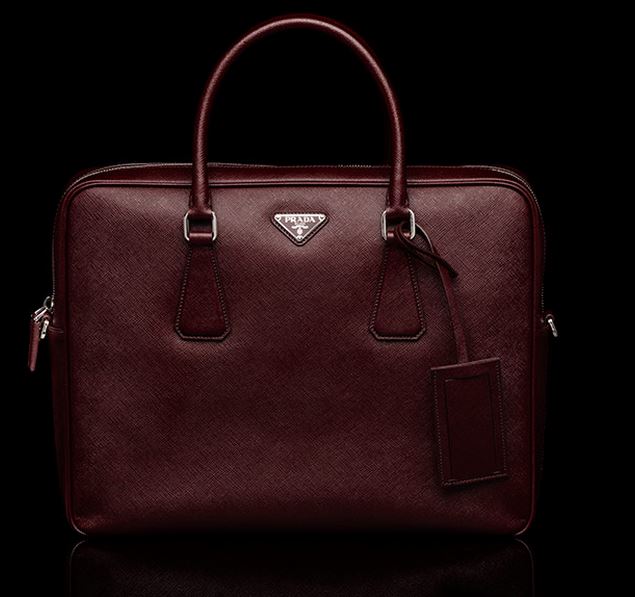 Where women 'GLOW' and men 'THUNDER'

Love your choice!!! And the only way you'll ever know if you are going to have "tote" issues, is if you buy the bag and use it. If it goes to s**t in the first few months, you have to INSIST on a replacement or a full refund. Prada won't do either willingly - their client service (with a few exceptions) is beyond poor at the moment unfortunately.
M

I have a few Prada men's bags and their quality does seem somewhat lacking as of late. I choose between two Saffiano portfolio bags when I bought it full priced from the boutique, and the one that I did not pick had a crooked flap and uneven seams (didn't know how that passed quality control). The one I picked looked fine except there were two glue marks on the interior leather lining. The bag is still relatively new-looking because I hardly use it, but the resin on the parts where two pieces of leather meet looks very fragile and almost unevenly done. I'm afraid to rub the sides in case the resin starts to peel.

It's too bad that I wanted the bag so much before, and that I had to wait a month for the store to get new ones (they tried to order one in from Chicago but then management said that the item was not high-priced enough for a transfer, and then they found out that two were already on their way to the store. Kind of ridiculous that at over $1100, the item price was still not considered high. I had already paid for the item even before they had one in stock just so that they could transfer one to the store). If I didn't want it as much, then I should've just asked for a refund when they said that they didn't think that it was high priced enough for a transfer.

I would only recommend one of their bags if you can thoroughly check the bag before you buy it, and also if you can get it on sale, because it's not worth the money full price. And be sure to check for a tiny tag inside (probably sewn to an inner seam) that says Made in Italy, because I bought a backpack from them and was shocked when I found a Made in China tag a year later after reading a thread here about it.

And even if it says Made in Italy, I have a feeling that a majority of the bag is actually made in China, and then the rest is assembled in Italy which allows them to use the Made in Italy tag. How else do they explain the rise in profits of 44% back in 2012 without an equal increase in sales?