O.k , so I really want a paddington after all these gorgeous pics of them, - but I dont know much about them . Can any one give me details such as what colours they come in - what sizes, years of when different colours have been introduced, and if different colours will be coming out in 2006... I am totally clueless on the paddy --- I have only ever been interested in LV till now .. Please help educate me

I know the feeling kimmy.

I'm in the opposite boat - know a fair bit about the paddy, but will probably never have one. *sigh* Still, I can live vicariously through this forum.

The paddy comes in 3 sizes - small, medium, large. I don't know the exact dimensions, except that the medium is about 15' end-to-end. I'm sure someone else knows, but the medium is the most popular size. If you see someone wearing one, its probably that.

It was released originally earlier this year, I think, in one colour - tan. Its often referred to as 'the campaign bag' on ebay. The following season (A/W 2005, maybe) they released some more colours - khaki, chocolate and rouge (bright red). This was followed by the grenat (wine red - Megs' bag), ivory, and bleu nuit, a sort of denim blue colour. Then came F/W black.

For the S/S 2006 season they've added whiskey (darker than the original tan), another chocolate (not sure what's different there, except the interior is darker), cream, silver, anthracite (fayden's newest), pale blue...and I think there might be a gold one on the way. Oh, and the grey/blue/black colour that Noriko had briefly.

That's all I can remember off-hand - if I've missed anything, folks, feel free to add it/correct it. 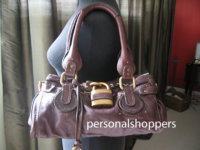 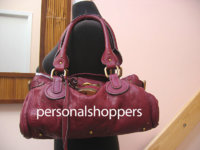 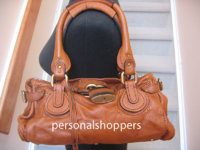 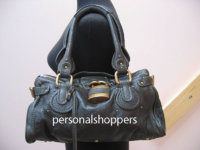 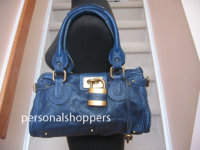 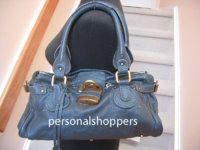 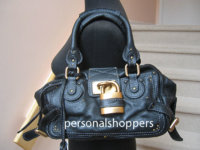 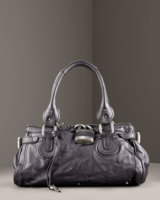 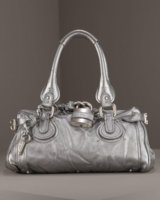 wow that was great - I am starting to learn more

I think I may get the whisky or chocolate next year --- do you think they will become more easily accessable next year .
••• 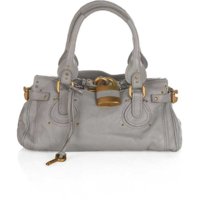 The only one I can't find is rouge (bright red).

PS I know its very sad that I have pictures of almost every colour. What can I say - I love the paddy.
•••

kimmy said:
wow that was great - I am starting to learn more

- do you know what size the ones on net-a-poter.com are
Click to expand...


Medium, I would guess. They're genrally the easiest to come by.
•••

thanks , by the way where in the UK are you from - I am from Surrey

kimmy said:
thanks , by the way where in the UK are you from - I am from Surrey


You're welcome. I'm from Yorkshire.

kimmy said:
I think I may get the whisky or chocolate next year --- do you think they will become more easily accessable next year .
Click to expand...

I think they are easy to get now , they have them on NAP and I heard that Chloe in NY has some. I got a cream , my first paddy, two days ago, and I love it. I was just like you, I mostly had LV's (along with some chanel, dior , balenciaga, etc more classics) but this bag is great for me too I have found.
•••
P

As you are from Yorkshire it might be easier to get one on net-a-porter.com I purchased one last night and they are still avaialable now. Just in time for Xmas !
•••

Believe me, I've been eyeing them. But I just can't afford it right now.

english_girl_900 said:
Believe me, I've been eyeing them. But I just can't afford it right now.

and me LOL -- I will have one in the next quater though fingers crossed .. I may ask my bf to help save he he
•••
You must log in or register to reply here.
Register on TPF! This sidebar then disappears and there are less ads!
Sign Up
Top