MILAN,MAY 21, 2017
by LUKE LEITCH
After so many highly caffeinated, early weekend mornings watching Tomas Maier’s Milan Fashion Week collections for Bottega Veneta, the chance to witness this Cruise collection shoot proved a satisfying contextual twist. The location lacked the luxuriousness of Bottega Veneta’s HQ—it was a studio alongside some soccer pitches on the outskirts of the outskirts of town—but the consolation was fresh insight into Maier’s practice and enthusiasm. As models including Binx Walton and Joan Smalls back-and-forthed between the racks and the set, Maier said: “So, the Cruise collection.” Then with a tilt of his head and a narrowing of his eyes, he added: “What does that mean, Cruise, right? We should rename that collection, because I think the customer behavior has completely changed. Nobody buys clothes for some time in the future, to go away eventually. They buy clothes that they want to wear right now.”

Such rejection of anachronism, however romantic, is surely important for an industry whose success is defined by relevance. Here, Maier said he simply considered the real life of his customers in the real-time retail lifespan of this collection, between October 2017 through January 2018. The opening sallies included jersey dresses in blue and green with grid details at the hip, black jets at the neckline, and shadow-pleated skirts. Two reversible shearlings featured intarsia waves or crescents, wings, and teardrops on the suede side, and dyed mirrors of that pattern on the wool side. Suede skirts were teamed with felted boiled cashmere sweaters.

A burgundy napa coat featured deeply analogue fastening on wide-billowed pockets whose width hid scarlet panels at the side. A series of plain or windowpane cashmere coats and jackets—double-faced and with almost unfeasibly contour-less seaming details at the shoulder—prefaced more rugged options. Coats and field jackets and skirts, again with bold-emphasized pleats, came in cotton twill, poplin, or faille and sometimes featured studlets that whispered of Bottega Veneta’s last runway collection. The jackets had intrecciato engraved buttons, which are as close as Bottega Veneta gets to branding. Chunky heeled shoes teamed with black-on-blush silk socks pulled high—too cute—provided ongoing consistency through detail.

Maier’s final two sections were a whisper more whimsical, designed for overt display. In the first, jacquard knit dresses featured a fantastical mass fluttering of monochromatic butterflies. And in the second, a section of ivory-color pieces that looked silky but were polyester duchesse and ran the gamut from track jacket to evening dress featured gorgeous botanical inspirations inspired by Albrecht Dürer. Forget Warhol or Hirst: Six hundred years ago, Dürer made himself a fortune by applying his unprecedented talent for realistic representation to an early form of mass production, engraving. The combination of poetic artistry and pragmatic nous is something shared with Maier.
••• 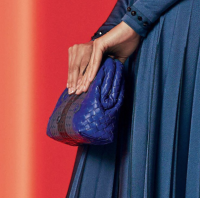 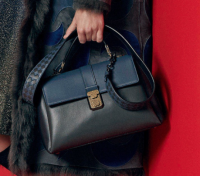 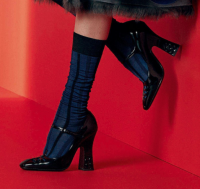 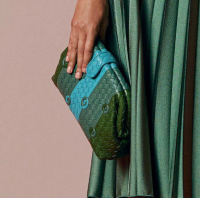 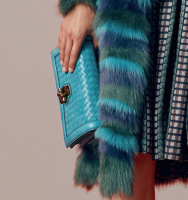 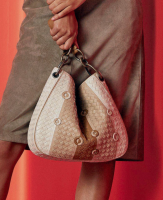 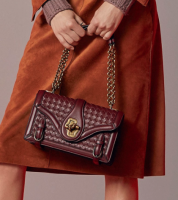 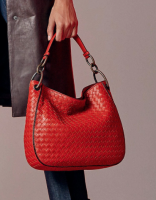 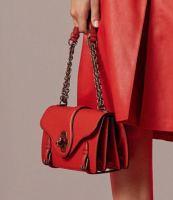 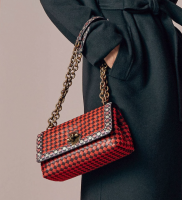 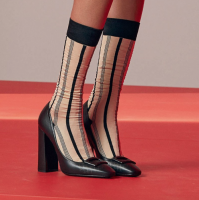 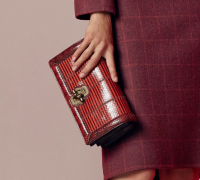 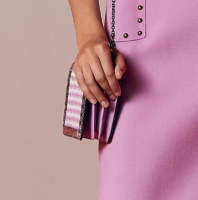 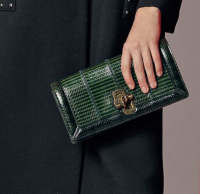 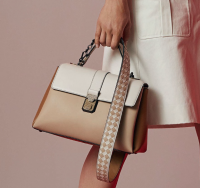 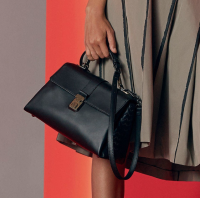 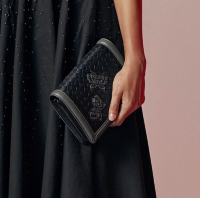 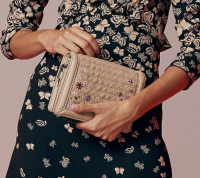 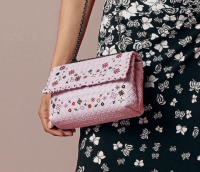 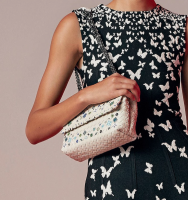 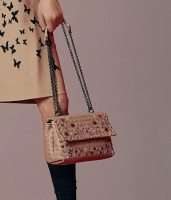 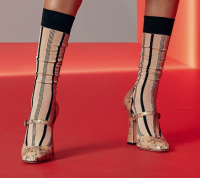 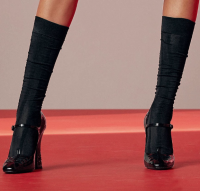 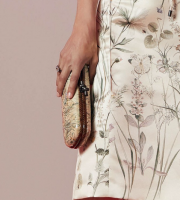