hey there guys, so i am new to posting, but have been "lurking" around a few weeks now :]]

i was thinking of what to get for my first LV, even though i shouldnt be buying such items at such a young age.

anyways, after all the decision makings, i chose to get the damier azur key&change holder

im in love with it, except i really wanted the graphite zippy organizer. but by being a teenager, i obviously did not have enough money! ;[ oh wells. so, for now that is my story ;p hopefully i will begin to get alot more instead of stopping here ;o 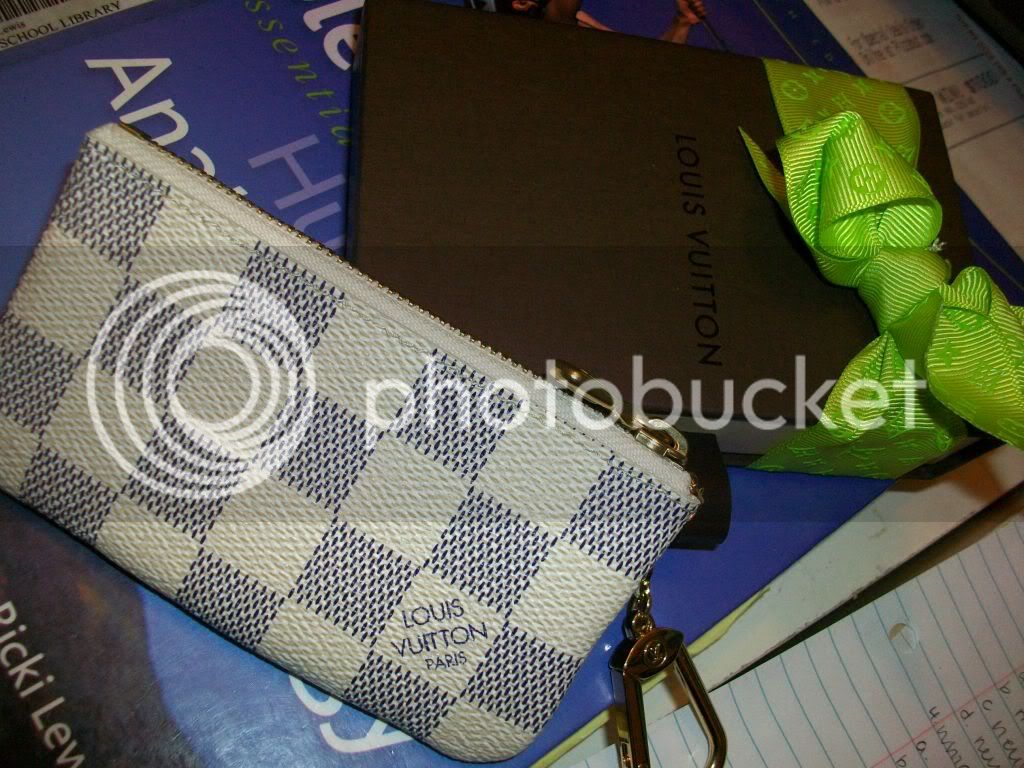 Congrats and Happy belated Birthday!!
Welcome to TPF too!

Congrats on a great azur cles and 1st LV!! Happy belated Bday too!!

Attempting to be a #functionaladult

congrats on ur first lv...it's not gonna stop with just that piece...that much i can guarantee you

and amaris, hopefully my collection will keep growing till i die~ thanks for the guarantee

Welcome to the forum! And rest assured, LV has no age limit, upper or lower. All you need is the lVoe for it!!

Congrats on your first LV -- and welcome to tPF!!

Happy Birthday!! I am 18 so we're in the same category of young addicted LV fans haaha!!! Congratulations on your first LV!!!!

MOWCAM said:
Welcome to the forum! And rest assured, LV has no age limit, upper or lower. All you need is the lVoe for it!!
Click to expand...