Hey everyone I really need some advice and opinions on what to do, I am thinking of buying a new laptop at the moment i have a sony vaio.
I was thinking of getting another sony or maybe change to a Macbook, i was wondering what all of you think is the best idea.
I have used pc my whole life and wonder if switching to mac would be difficult...etc.
Thanks in advance!!!

I have a macbook and I love it! IMO, going from PC to mac is easy as OS X is a really easy operating system to learn and use

Thanks Sweetlove!
I really need some opinions....anyone else....

i thinking to get a new laptop as well.. any thought/review on the Macbook Air?

oh and i would like to add.. i had sony for my first laptop and it didn't last long.. so you might want to get another brand.. i have toshiba right now..
A

I actually never had a problem with my sony ever , and its been amazing.
I am just wondering if i should switch because i really do like the Macbook, but i would really like to get some feedback

I've always had PCs too (sony vaios in fact) and last year I bought a macbook. Sad to say, but I wish I hadn't. I like the way it looks and stuff, but I'm a PC girl at heart. The mac was easy to use, but I didn't like that the keys on the keyboard were spaced out and other small quirky things - maybe I'm just weird. Also, my macbook is on its 3rd hard drive. Apple support was really easy to deal with and they gave me new hard drives for free - but it was a pain. I'm gonna get another Vaio once my macbook dies.

the land of cold!

hmmm, dont have much advice to give. Although I did just get a new laptop, I got a dell. I only arrived yesterday and so far so good.

Price was right, the options are very close to my desk top so it works out great, and I had the option of xp or vista.

Mine is Asus A8j, its sleek and thin but too big. 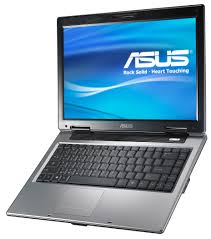 For Macbook Air, it doesn't have a dvd/cd drive so you'll have to download/buy software installers online or buy a separate drive
A

luckybunny, thats really unfortunate, but thats what i am worried about because i have a good laptop ,but would like to change it because i think its about time and Im going to be starting some new work projects so i figured this would be the time. Dont get me wrong though the sony laptops are amazing or at least have been for me.

Well, why do you need a new laptop? Is it too slow? Have you upped the memory?
A

I just think that I would like to upgrade it and I will be starting some new work projects this year ...

I was a lifelong PC girl until I got a laptop with Vista on it and wanted to hit it with a baseball bat almost every day. I cracked one day and went out and impulse-bought a MacBook Pro and I will never, ever, ever, EVER go back. The thing has been an absolute dream, almost zero learning curve to switch from PC to Mac and almost all the things I have to do are easier and more straightforward than on the PC. I also massively prefer iWork to Microsoft Office, and iWork allows you to save things in the Office formats so they can be opened on any PC if necessary. Newer Macs also have the capability to run Mac OS X and Windows XP simultaneously if there's some program that you use (usually business software or gaming) that for some reason doesn't have a Mac version. Apple is usually also rated very highly in customer service and reliability (I read an article before I bought, I think it was in PC World, that Apple had officially become the highest-rated computer manufacturer for customer satisfaction, which included reliability of hardware and helpfulness of service staff). They're also much less likely to be affected by viruses or other malware.

For the kind of apps I run and how I use my computer, a Mac is perfect for me, since the only apps I run besides normal web browsing and word processing are Adobe creative apps - Photoshop, InDesign, etc. Macs are industry standard in most creative fields, so those programs run exceptionally well on Macs.

Also, to the poster who asked - I wouldn't get a MacBook Air unless you're going to be constantly traveling and taking the computer with you in situations where a regularly-sized computer wouldn't be appropriate. If it's just going to be used like a regular laptop, save some money and get a regular MacBook. The disadvantages of the MacBook Air (lack of optical drive, few USB drives, etc) are a fair trade-off for some people that need extreme portability, but if you don't, they're not worth it.
A

Thanks Amanda, Im glad you love your Mac.
I wouldnt get a macbook air, exactly for the reasons you mentioned.
I also use many of the programs you stated, my only concern with a mac is that i use word all the time and never have used iwork or anything of the sort, so i wonder if it would be such a big difference..etc.

I am a long time Mac user for home/study use. I use PCs with Windows XP at work. It is no problem to switch between the different operating systems. And I use Macs with Leopard OSX at home because I prefer the operating system - it is just beyond user friendly.

I would definitely recommend a Mac laptop - not the Air though, it is too expensive and has too few features (compromised for size) to be a primary laptop. I would recommend either a Macbook Pro or a Macbook. I think the Macbook Pro now comes only in 15" or 17" sizes (*they used to have a 12" Powerbook, seriously the best machine EVER!!) The macbook I think comes in 13". So size and weight will affect portability for you and you need to consider how much you are actually going to be carting this around.

Re. Microsoft applications like Word etc and compatibility with other machines, not Macs, I would recommend getting Microsoft Office for Macs if you're really concerned. I have iWork but I also have Word, Excel and Powerpoint for Macs on both my Macbook 13" and my iMac desktop, purely for the sake of compatibility. There's nothing more gutwrenching than trying to download that crucial article for your assignment research and realising that your Mac can't open the file!! Eeeek!!!

Go to your nearest Apple centre and have a play with the machines. You'll know straight away if they're for you. If you aren't feeling the Apple laptops, then I would consider the VAIO range by Sony - for a Windows machine, I think these are very innovative and they have made excellent quality, very portable machines (there is an 11" tiny laptop available).

Have fun with your choice!

I just switched from PC to a Macbook and I love it. I have Microsoft Office for Mac 2008 and it is compatible with all versions of office documents, spreadsheets, etc. That being said, if you don't like the feel of the Mac after playing with it, my hubby has a new Sony Vaio that he absolutely loves and replaced his 5-year old Vaio.
You must log in or register to reply here.
Share:
Reddit Pinterest Tumblr WhatsApp Email Link
Register on TPF! This sidebar then disappears and there are less ads!
Sign Up
Top Bottom