I've had my heart set on a heloise, but now i'm about to splurge I can't decide which size and colour to get:

Does anyone have either? I was wondering if the large is super heavy as I suffer with shoulder pain and had to ditch my bayswater for a comparison of what I can tolerate, I figured the small is a better size but I just adore the look of the larger..help! I need to decide asap as I have two on hold 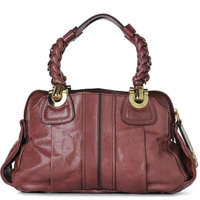 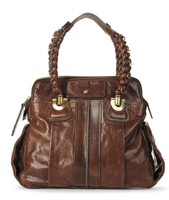 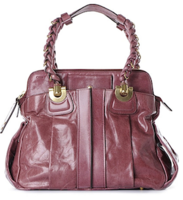 I've owned both and returned the large, it was too heavy for me, and if the Bayswater was too heavy, I would think this large probably would be too. I have and really like the smaller version. It's much lighter weight.

Re: color, I'm a brown-a-holic so personally, I would probably choose Moka, but the other color is gorgeous, tough decision. The black currant looks like it could be a nice neutral that would work with browns or blacks, as well as tans, etc., so if you're more attracted to that color, I think it would work with lots.

Great thats really useful on the sizing, this is an investment bag for me so I want to be able to use it regularly and not be worried about aching by the end of the day kwim!

I will have to ponder some more on colour, like yourself I love brown and natural tones, but agreed the blackcurrant is quite neutral for complimenting any wardrobe, its really lovely and unusual....haaaaaa decisions..thanks for the input llson!! have you any pics on here o you and yours?

Bagster go for the blackcurrant -especially if you need a pop of colour in your bags- I'm getting the smaller size Heloise myself next week in the vermillion.... I have lots of browns and blacks so I deciding to go for something less safe for a change. I will post photos next week

cool thanks Aprilmay, I may just do that as I realised the moka is the darker shade of brown, I prefer the cognac brown and they dont have it in this store...I'll post if I do get it!