Napoleon Dynamite is a Daddy! Jon Heder and Wife welcomes their baby girl!

Evan Jane Heder is safe and sound and healthy, says their rep, who didnt reveal the babys exact date of birth. 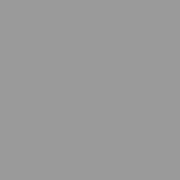 Heder, 29, and Kirsten met when they were both students at Brigham Young University in Provo, Utah. They announced in September that they were expecting their first little one, and at the March premiere of Heders movie Blades of Glory, the couple told reporters that his wife was due any second!

Congratulations to the happy family!

Congrats to the happy parents.

I always love seeing him look all normal. His wife looks so uncomfortable! lol

Congrats to the new parents!

(Napoleon Dynamite is one of my favorite movies

I Love You Mommy

Congrats to them! I loved Napoleon Dynamite!

Glad everything well for them.