lately I've been thinking about getting a pet I love dogs but am not in a situation where I could give the attention and time a dog needs so I got a FISH!
this is my new fish its a small black gold fish. 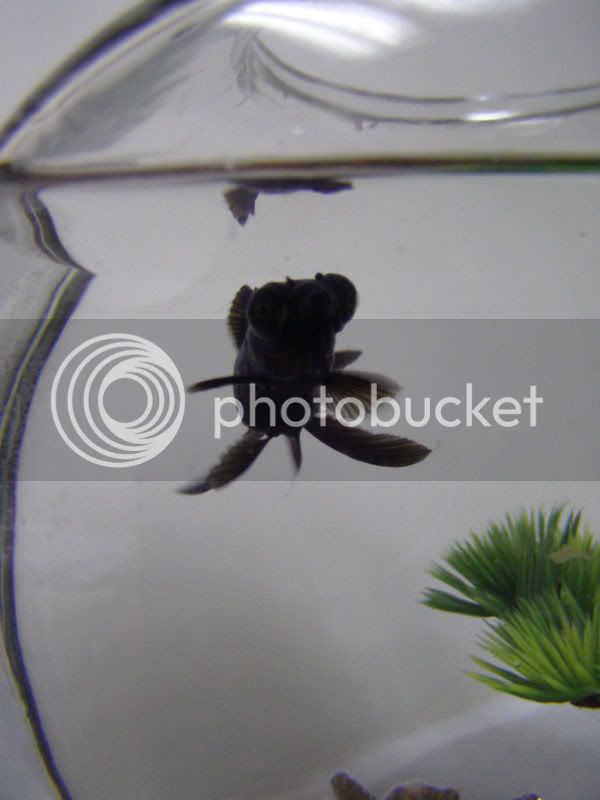 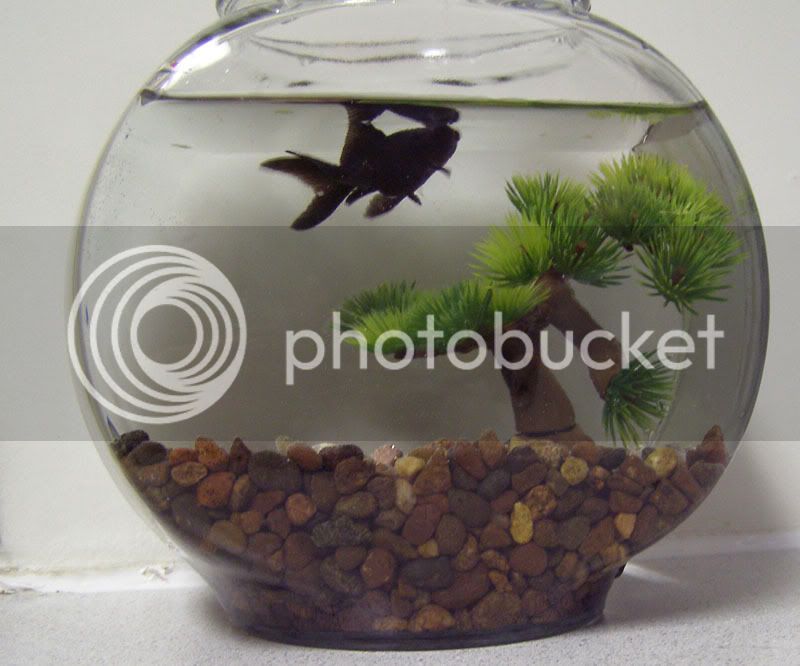 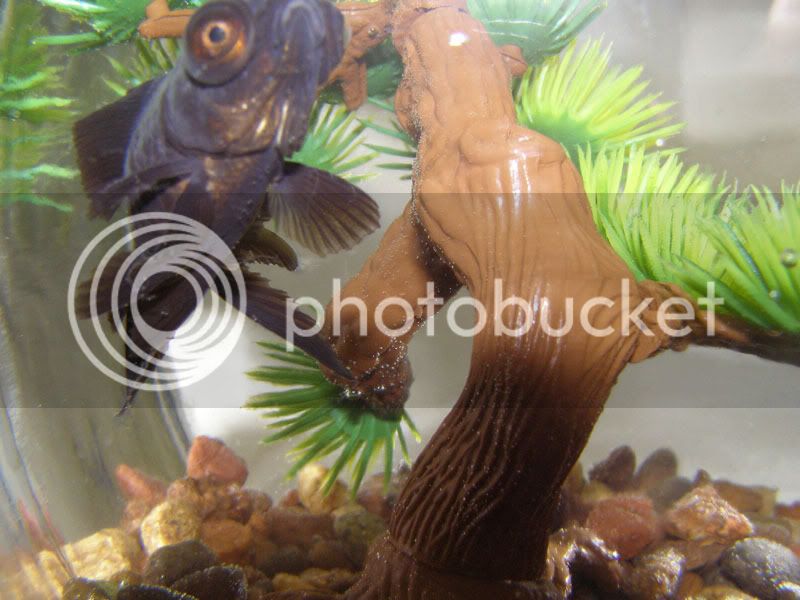 I have yet to choose a name so suggestions are welcome!

I like your black goldfish! I'm not good at fish names so I can't offer any suggestions. I especially like the 3rd photo where I can some of the gold coloring underneath ~ very beautiful!!!

He's sweet, and with those eyes the only name I can think of is Marty. Congrats.

Herman, Dexter, or Arthur (from Pbs kids) are some names I can think of... cOngrats on your new Fishy...he/she's too cute!!

He's cute! I like Snoopy for him, for some reason.

great names thanks everyone!

I love those boogy-eyed goldfish. I used to have one named "boogie."

I don't know if any one has noticed but my poor fish has a split in his front fin.
when I got him last night I was watching him swim and kept wondering why he was swimming so strangely. it took me a while to figure out it was his front fin. I think he/her it might have been in fight with another fish becuase he/her it also has a really small rip on his tail fin. you can see the problem with the front fin in the last picture.

Yay! I love your new fine finned buddy! I think I would name him Gil

He's handsome and has a very nice bowl! Lots of good name ideas.
B

Congrats on your new friend...as for a name suggestion, how about blueberry?

Congrats on your new friend!

I love bubble-eye goldfish! We had one just like him when I was really young. His name was Midnight.
You must log in or register to reply here.
Share:
Reddit Pinterest Tumblr WhatsApp Email Link
Register on TPF! This sidebar then disappears and there are less ads!
Sign Up
Top Bottom