My little brother got an INSANE back tattoo! (slightly graphic)

So in the spirit of tattoos my brother finally decided on the back piece he's been pondering. My brother has borderline personality disorder, and so he designed his tattoo, in his head, as an illustration of the disorder; of his personality. The dragon is fierce and aggressive. The dragon spews fire, which turn to petals, which morph into butterflies, which fly off of his back. He had the picture in his head - but is no artist. He spent a week designing it with our tattoo artist. Here is the process. It took 5 hours total, and was done in one sitting. Opinions?

So this was the initial drawing, which was changed up a few times: 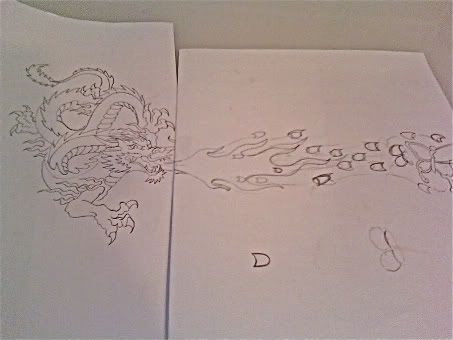 And then we documented step by step: 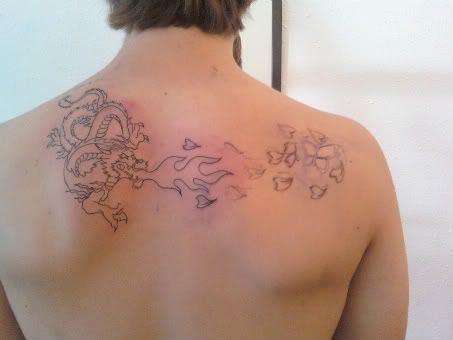 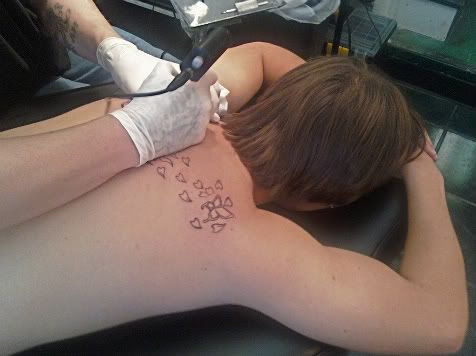 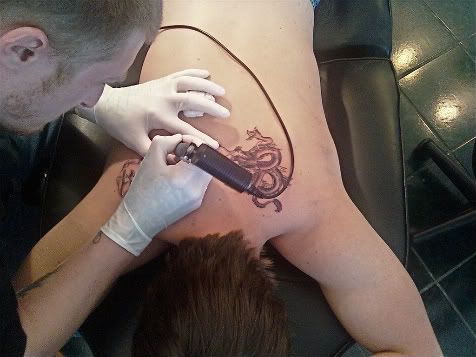 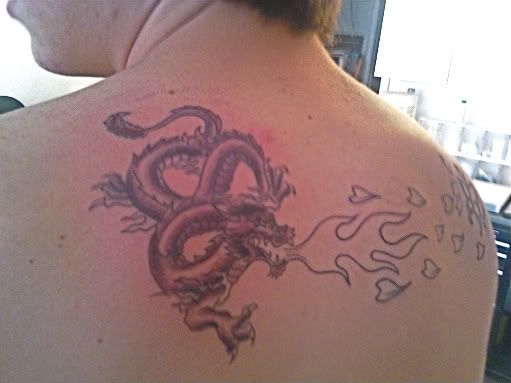 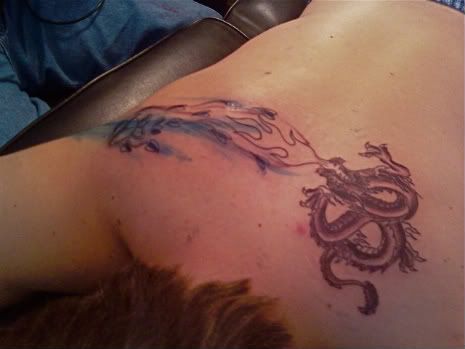 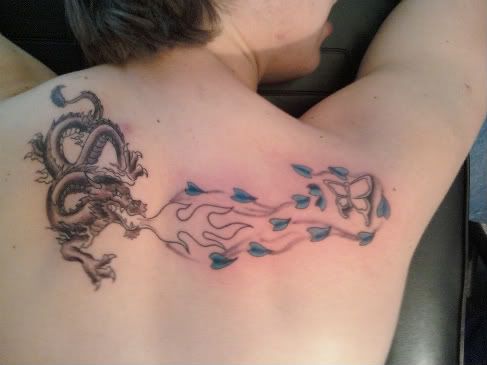 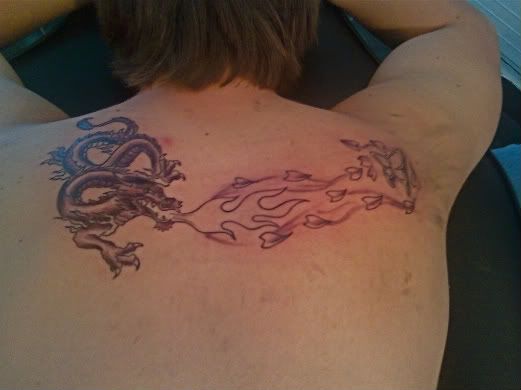 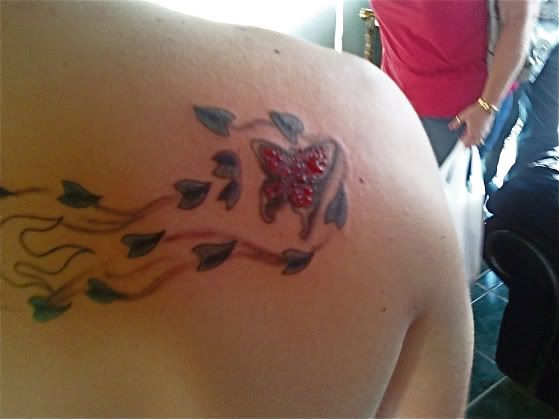 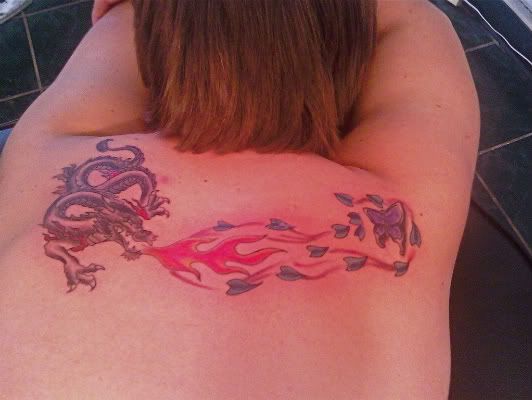 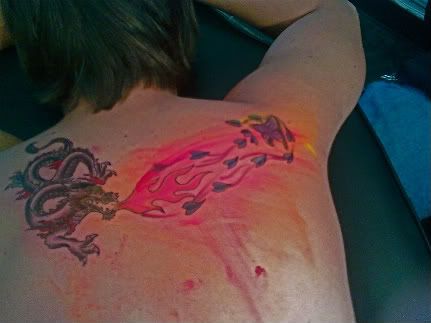 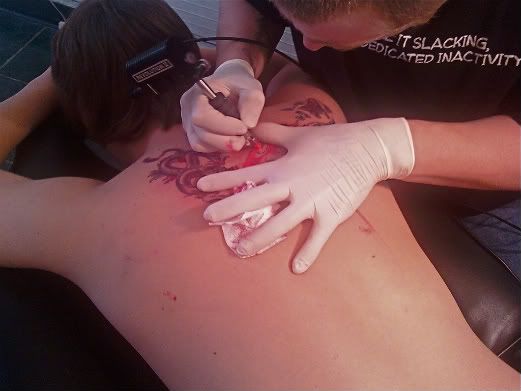 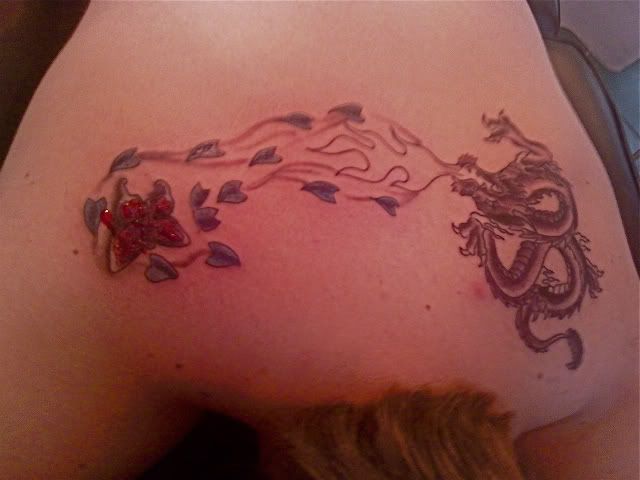 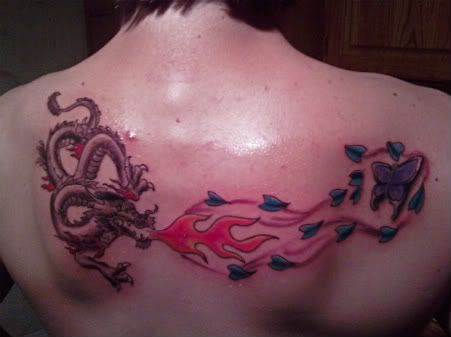 That is some cool ink!

I think this is really artistically beautiful. The dragon and butterflies look like both sides are balanced visually and symbolically. That's amazing that your brother envisioned this in his head and was able to form a vision of his own personality and capture it visually like this. From the heart, I think it's perfect.

and thank you for showing us the process, too!!!

I like it! I looked at the pictures before I read the actual post and my interpretation of it was a kind of good versus evil type thing: the dragon being evil and spewing his evil fire and the butterfly being good and throwing hearts back at the dragon!

I think it's a cool visual and makes a nice tat!

wow, this is great.

very cool concept. and i think it came out beautifully. looks painful though! hope your brother likes it!

What a fantastic tattoo! Thank you for posting it as well as giving us the backstory

Wow, what an incredible tattoo! You guys are so creative...I love the meanings behind your tattoos. Very cool idea, and it turned out really well. I really like the detailing in the dragon.
S