My Indi dog got hit by a car..

My daft Indi dog jumped the fence this morning and ran out in front of a car. I was on the computer and heard this awful screech and then the dog screaming.. she jumped back into the garden and ran up to the house crying, when I saw her she looked awful. The lady in the car said she went under the wheel, and it was her head that went under - when I first saw her I was sure she had a compound skull fracture, just tons of tissue gone and this awful hole in the whiteness. I ran MrFrankie who rushed home, I got dressed and we sped to the vets.

She's got no other broken bones that I could tell, though she probably has pulmonary contusions and they'll need to watch her abdo too. Her shock's settled a bit and she's become more aware of her surroundings at the vet which was good.. the vet says once she's calmer they'll take an xray of her noggin, though she's not sure it's compound yet. Doggies have flat skulls but a ton of tissue and muscle on top so they're different to how humans with a # skull would look. I've just come back home to get showered and dressed properly, I'm supposed to be working but will just respond to any callouts from my car at the vets.

Everyone please wish her good doggy karma, she's so sore and scared and I'm really worried about her head. We've had an awful run lately, Harvey my Staffy had heatstroke recently too, and now this.. Indi was so sad and lonely whilst Harvey was at the vets, and now Harvey's sitting outside looking the same.

(Harvey's the boofy black one, Indi's the puppy American Staffordshire.)

Oh, I am so sorry... I am hoping that you and Indi get good news from your vet and that she has a speedy recovery.

Oh no! I am so sorry to hear that, poor little dog! Sending prayers and positive thoughts to your little dog.

"I haven’t been everywhere, but it’s on my list."

Sad to hear - all the best to Indi!

Sorry to hear this - sending positive thoughts to your dog!

Thanks everyone. I'm going back down to the vets now to see her again, hopefully we'll have some good news with this xray. I feel so sick and sad to have this happen, I just want to pick her up and cuddle her better again.

This was her last week, sad at missing Harvey. She was really depressed, wouldn't move, wouldn't do anything. I hate the thought of them being apart when they've such a strong bond. 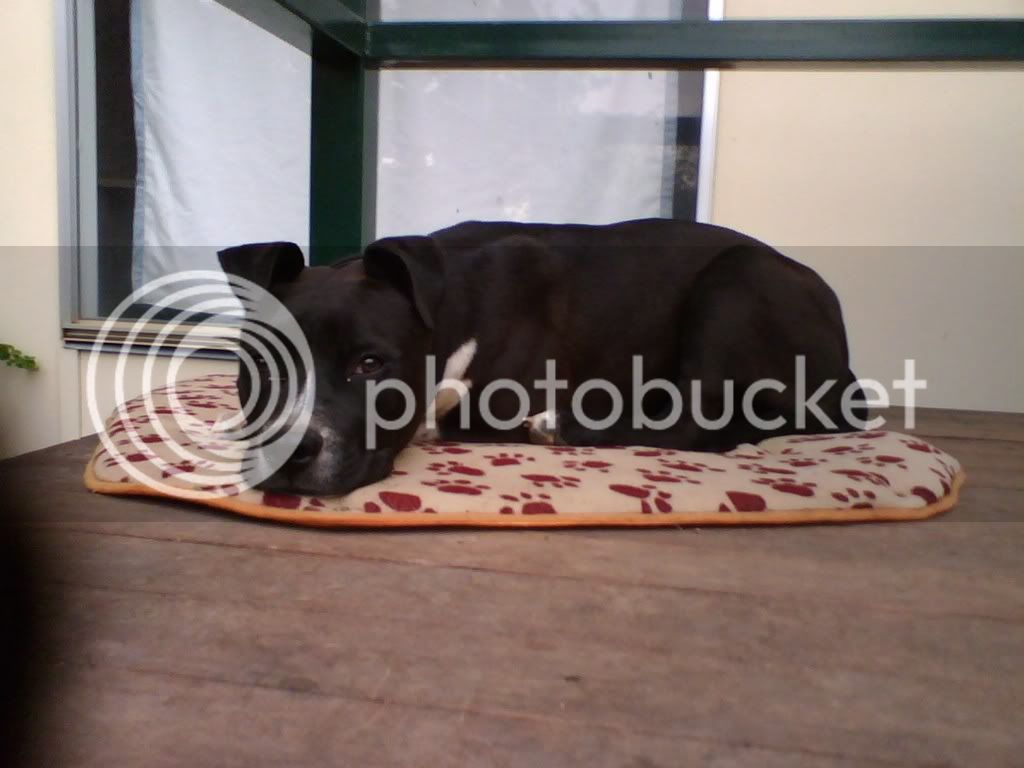 Best wishes to you and Indi. Hope she has a speedy recovery! Keep us posted!

Poor baby. I hope she recovers quickly. How scary that must have been for you. I'm glad you were there to get her to the vet asap. Fingers crossed here.

Oh no I am so very sorry! I will be saying lots of prayers for Indi. Please keep us posted!

was pounding as I was reading this... Hope she makes a speedy recovery.. sending positive thoughts your way!!!

TTucker said:
Oh no I am so very sorry! I will be saying lots of prayers for Indi. Please keep us posted!
Click to expand...

my thoughts exactly -- i hope she's soon all better and home snuggling with you.