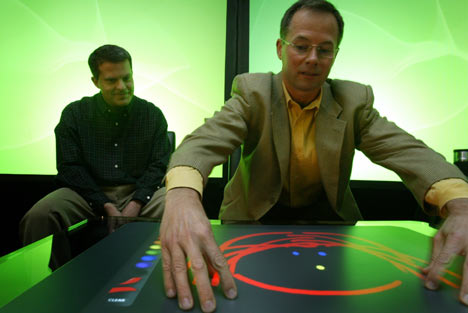 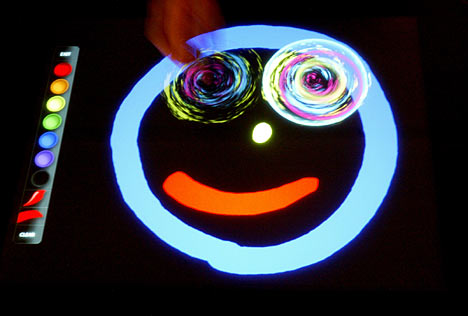 'Surface' is a Microsoft computer tucked inside a black table base, topped with a 30-inch touchscreen 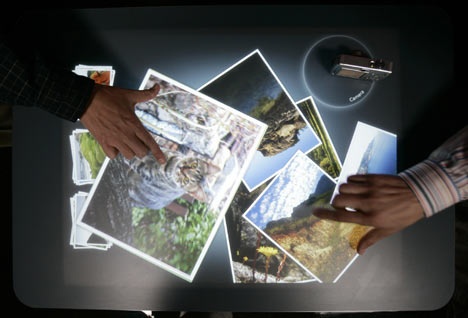 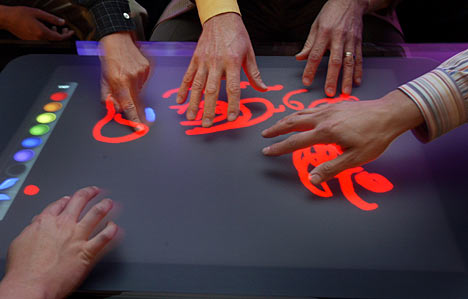 Unlike most touchscreens, Surface can respond to more than one touch at a time.


Microsoft has revealed its latest innovation - a coffee-table shaped computer that responds to touch and everyday objects like plates and cups through special bar codes.

Called 'Surface', is essentially Microsoft computer tucked inside a black table base, topped with a 30-inch touchscreen.


Five cameras sense nearby objects so users can interact with the machine by touching or dragging their fingertips across the screen, or by placing objects such as plates and cutlery tagged with special bar-code labels.
Unlike most touchscreens, Surface can respond to more than one touch at a time.
Some of the first Surface models (priced at around £20,000.) $40.000 dollers approx) are planned to help customers pick out new mobile phones. When customers place a phone down on the table, Surface will read its bar code and display information about the handset. Customers can also select calling plans and ringtones by dragging icons toward the phone.


Guests sitting in some hotel lobbies will be able to cluster around the Surface to play music, then buy songs using a credit card or rewards card tagged with a bar code.
In some hotel restaurants, customers will be able to order food and drinks, then split the bill by setting down a card or a room key and dragging their menu items "onto" the card.
Guests will be able to learn about nearby points of interest on an interactive map, then book show tickets or make dinner reservations.
Microsoft is working on a limited number of programs to ship with Surface, including one for sharing digital photographs.
Historically, Microsoft has focused on creating new software, giving computer programmers tools to build applications on its platforms, and left hardware manufacturing to others. (Some recent exceptions include the Xbox 360 and the Zune music player, made by the same Microsoft division that developed Surface.)
For now, Microsoft is making the Surface hardware itself, and has only given six outside software development firms the tools they need to make Surface applications.

Matt Rosoff, an analyst at the independent research group Directions on Microsoft, said in an interview that keeping the technology's inner workings under wraps will limit what early customers - the businesses Microsoft is targeting first with the machine - will be able to do with it.
But overall, analysts who cover the PC industry were wowed by Surface. Surface is "important for Microsoft as a promising new business, as well as demonstrating very concretely to the market that Microsoft still knows how to innovate, and innovate in a big way," said Michael Gartenberg, an analyst at Jupiter Research.

That looks great! It will be cool if it can do all those things successfully, like splitting a restaurant bill - who would ever have thought a coffee table would be able to do that? That's one sexy piece of technology and I hope it proves Microsofts's still got it.

Holy cow! That's insane. I want one of those

but it almost costs as much as my car!
T

sheishollywood said:
Holy cow! That's insane. I want one of those

but it almost costs as much as my car!
Click to expand...

That sounds so cool