Man Faces Five Years In Jail After Hitting A Boy With A..... HEDGEHOG ! 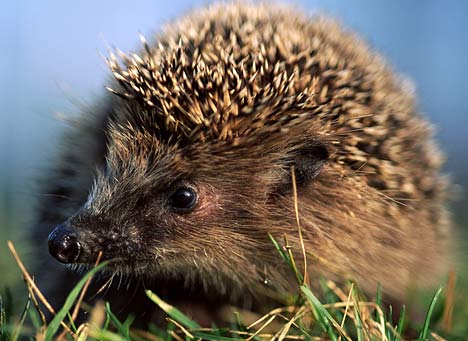 
A man faces five years in jail after being accused of assaulting a teenager with a hedgehog.
William Singalargh, 27, is said to have thrown the hedgehog from 15ft away during a row with the unnamed 15-year-old. "When it hit the victim in the leg, it caused a large red welt and several puncture marks," said a police source in Whakatane, on the east coast of New Zealand's North Island.


"The man was arrested shortly afterwards and he's been charged with assault with a weapon, namely a hedgehog."
A court hearing is set for April 17, and the defendant is understood to be planning to contest the charge. The hedgehog was dead by the time police arrived at the scene, although it is not known whether it was still alive at the time of the assault in February

okay animal cruelty here ... I really hope that the hedgehog was dead at the time of the assault and from natural issues as well :/

I agree...that's animal cruelty if it was a live and also just plain stupid to throw an animal at a child!!

Poor hedgehog and kid! How awful