There's some sort of flashy golden disc in the front window. I read about it somewhere but can anyone remind me what it means, who designed it etc? (The shop next door to Fendi so you can see the Spies on the left.)

I was in Florence last weekend and it was an LV haven, it saw so many bags that I hadn't seem IRL, even a monogram Polly bag! I saw a few funny fakes too, like a speedy 25 that had me fooled untill realised that it had no vachetta trim on the sides!

The staff int he boutique are reslly friendly. I only went there to browse but they brought me out a couple of bags to look at. Plus the prices in euros is slight cheaper than the price in pounds. If I'm ready to get an LV the next time I'm in europe, I'll buy it and save a little.

I got this from another forum, which was posted a while back.

Louis Vuitton company president Yves Carcelle will be in NYC on November 9 to host a press breakfast and unveiling of windows later that night to showcase Olafur Eliasson&#8217;s holiday windows for the leather goods and fashion house. &#8220;Eye See You,&#8221; as the work is billed, will form the centerpiece of the holiday windows for the more than 350 Louis Vuitton stores worldwide. The work takes the form of a lamp, shaped like the pupil of an eye, which produces a monochromatic yellow light, almost like a sun. In addition, a new large-scale work by the artist, entitled &#8220;You See Me,&#8221; will go on permanent display at Vuitton&#8217;s Fifth Avenue flagship. All fees from the project will be donated to 121Ethiopia.org. In addition, a limited number of the &#8220;Eye See You&#8221; artworks will also be sold at the launch in New York, with proceeds going to the charity.
•••

We've got that same light in the Chicago Michigan Ave. store.
•••

it is in the DAnish store in Copenhagen too .. Haven't asked what it is about..

Eye see you, my SA included this card yesterday from my shopping: 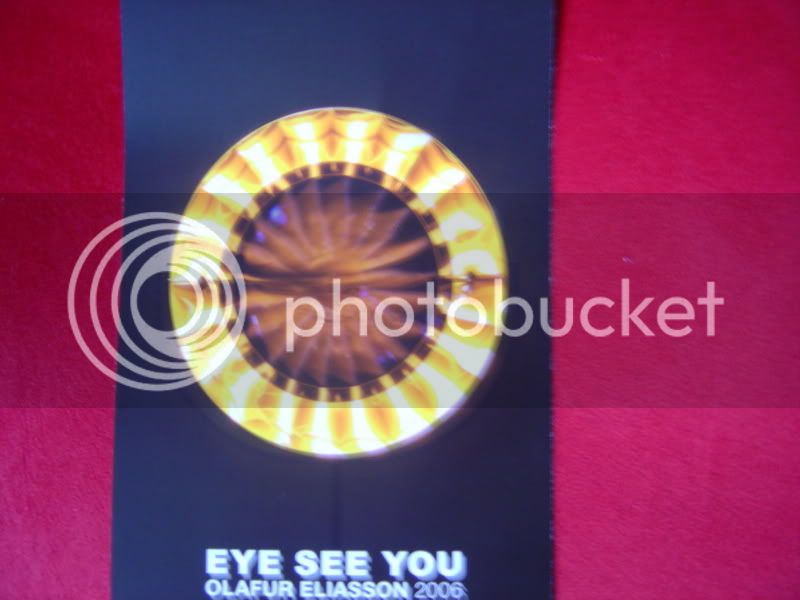 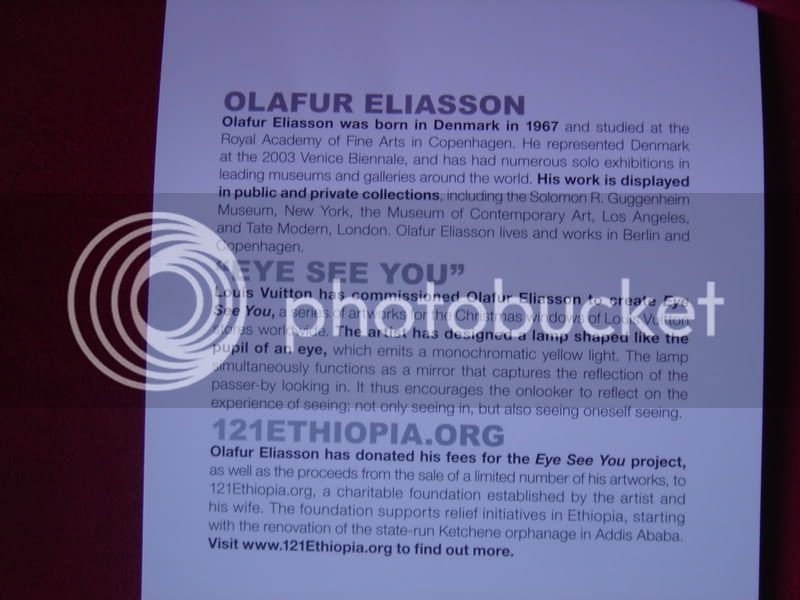 great picture, my lv store never has any cool stuff going on, inside on in the windows!
•••
You must log in or register to reply here.
Register on TPF! This sidebar then disappears and there are less ads!
Sign Up
Top