LONDON (AFP) - The "iconic" logo for the 2012 London Olympics was unveiled here on Monday, but critics immediately condemned it as "hideous" and a waste of money.

The jagged emblem, designed to define the image of the Games in five years' time, comes in a series of bright shades of pink, blue, green and orange, and includes the signature five Olympic rings emblazoned onto the "0".

"It will define the venues we build and the Games we hold, and act as a reminder of our promise to use the Olympic spirit to inspire everyone and reach out to young people around the world," he said at the London launch.

"This is an iconic brand that sums up what London 2012 is all about -- an inclusive, welcoming and diverse Games that involves the whole country," said Olympics minister Tessa Jowell.

But critics were not impressed.

Bob Neill, 2012 Olympics spokesman for the main opposition Conservative Party, was disparaging about Coe's optimism, despite him being a fellow Tory lawmaker.

"Lord Coe has described this logo as 'ambitious, interactive and youth-friendly'. I would describe it as hideous," he said.

"Questions need be answered as to how we have ended up in this situation. Was there an open competition to supply the designs? If so, what on earth do the rejected ones look like!

"We need to know how much money this exercise has cost, because whatever it was, it's been a complete waste of money."

"This logo makes me embarrassed to be English," said a contributor called Clumbers on one online message site devoted to the logo, which was devoid of supporters of the chosen design.

"It looks like it could have been done by a six year old. I could do better with my eyes closed," added someone called Bige.

A poll by the BBC News website asked readers to give it a gold, silver or bronze medal, or a wooden spoon if they really didn't like it. Eighty three percent gave it a wooden spoon.

The budget for the 2012 Olympics has soared to 9.3 billion pounds (18.6 billion dollars, 13.7 billion euros), nearly four times more than the first projections of how much it would cost to stage the Games in London.

As a graphic designer, I'd say this logo could be more polished given the type of event this is for. It's an international event and should reflect that. It makes me think back to 80's for some reason. Just my $.02!
•••

Ouch! That's an awful looking logo... who will buy anything with that robot-looking thing on it? I'm not a marketing person, but I agree with everyone and think that logo will not work.
•••

I find the logo incredibly disappointing, the London olympics is a pretty big deal and the logo doesnt represent that at all. It doesnt look special or different, or particulary unique. I dont really like it. Someone commented in one of the papers that they thought it looked like Lisa Simpson doing something dirty, and i couldnt quite figure it out until now..and unfortunately i see what that person was refering to. . .

I work in Graphics and Advertising and I don't like it either, and as for the £400k they paid for it

The BBC has been running an alternative logo collection where people send theirs in, this is one and I love this one. 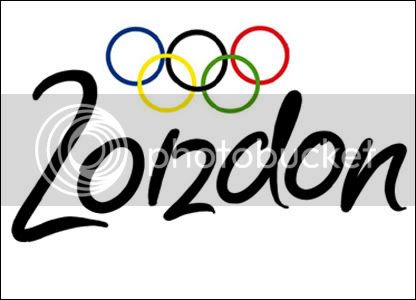 Maybe I am missing something, but I don't get it.

I don't see anything appealing/interesting about it whatsoever.

That logo is an utter embarassment! I don't know why we always screw these things up so royally

that is absolute rubbish once again I'm ashamed to be British
•••

I really like the logo Ilovemybug posted, its so much better!

I also heard on the news that the ads are going to be pulled because they can cause people to have an epyleptic (sp?) fit.
•••

ILoveMyBug said:
I work in Graphics and Advertising and I don't like it either, and as for the £400k they paid for it

The BBC has been running an alternative logo collection where people send theirs in, this is one and I love this one.


That one is sooo much better! They should recant the ugly one, and go with this one.
•••
M

OMG it's horrible! My first time to London will be for the Olympics. I'd hate all my memorabilia to have that on it.
•••
You must log in or register to reply here.
Share:
Reddit Pinterest WhatsApp Email Share
Register on TPF! This sidebar then disappears and there are less ads!
Sign Up
Top