AHH!! i'm so frustrated! i took a million pics but could not get the color right in the bathroom pics

so i took a few pics outside!


i keep thinking "dark cherry" or a tad darker than the luna boston pics of up to there in ruby and pretty much like the case in point in ruby on MHB. it's darker red than the strictly sauvage in ruby (velvet leather) which i have to dig out of my closet but for now, i have pics of the lady raga and minilisa together! LR is bigger than the minilisa in terms of space, as the bella leather is soo smooshy it drapes and folds so it almost looks about the minilisa's size when worn and viewed from the side. the minilisa's side-pockets are much smaller, btw.

anyway, here she is, the Lady Raga in ruby!

EXCEPT SHE LOOKS TOTALLY BROWN/BURGUNDY in the bathroom pics, sorry again!


outside pics...had to use a little bit of flash as it was getting a bit dark! it's a tad darker IRL, the ruby color 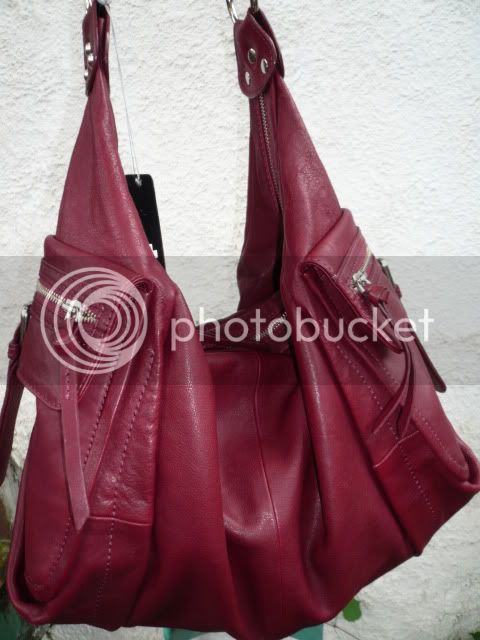 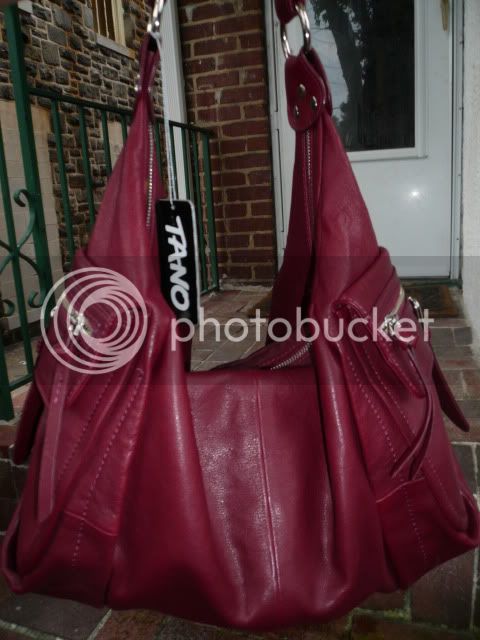 on the bed, with a ton of flash so the color is not accurate --looks too scarlet in these pics and the berry blue looks like blue hawaiian when it should be a darker, but still-bright electric blue! LR with well-loved berry blue Minilisa i got from mhb months ago, for comparison: 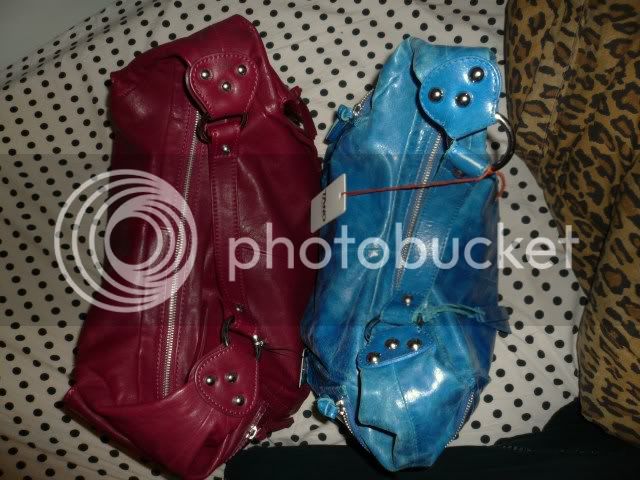 wooo!! my bb Minilisa looks like a swimming pool! yum! and the bella on LR is so soft! 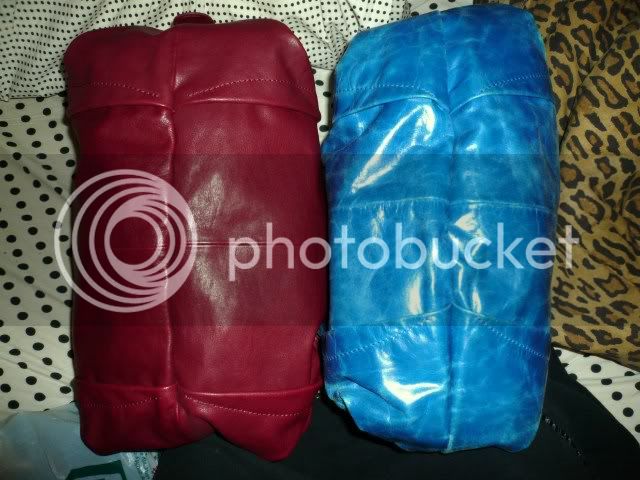 and now, let us begin the horrid bathroom pics where accuracy in color does not exist: 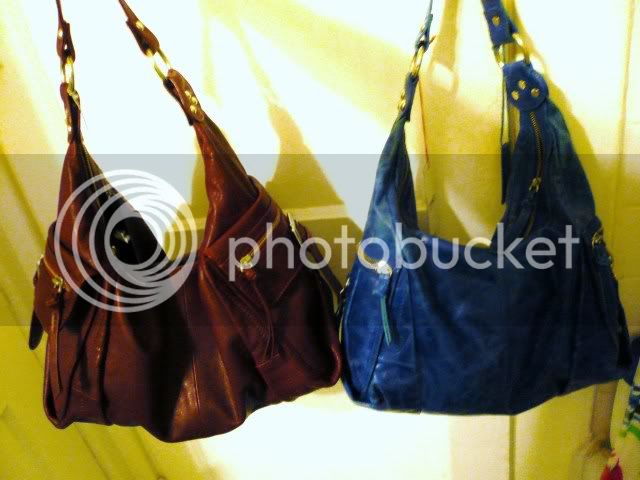 crunch is stiffer even at its smooshy, broken-in softness, compared to bella, but i promise you, the LR is a little bigger (i shouldve taken pics of the bags laid out flat)


looks giant from the side, compared to Minilisa! 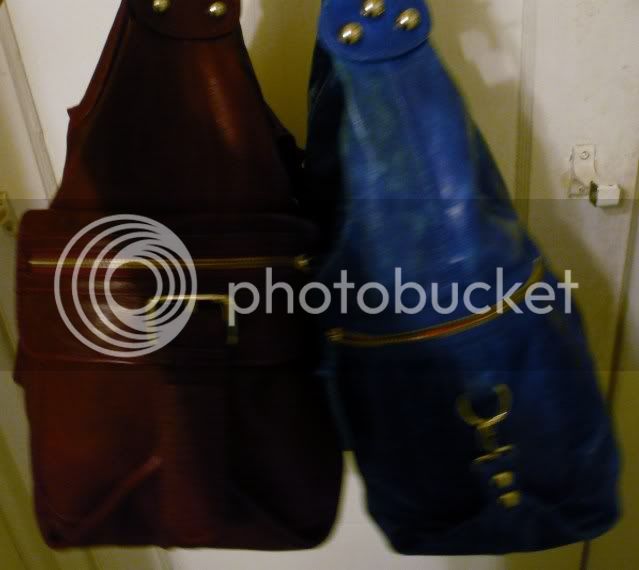 should be less brownish (or at least on my monitor) in these bathroom pics! 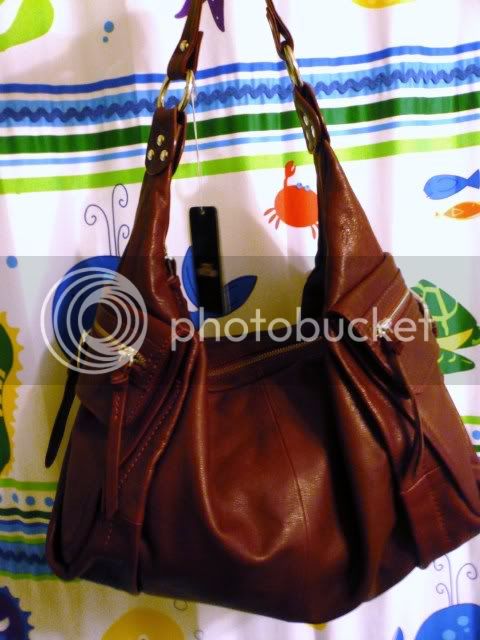 few more pics and modeling ones coming up..

oh god , it looks mahogany (upon reviewing my first post) >_<

more bad pics of the color! 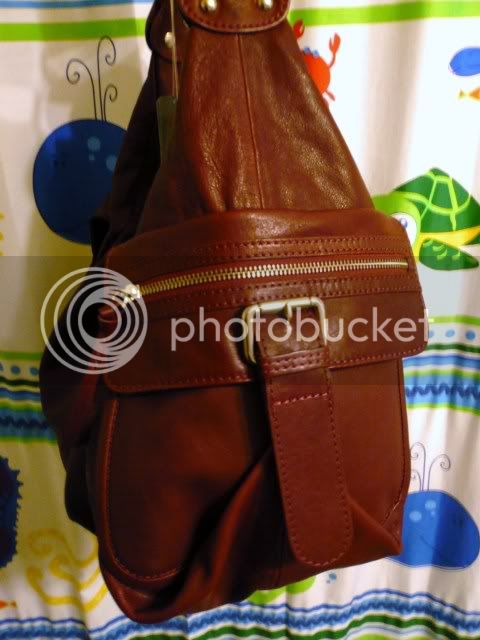 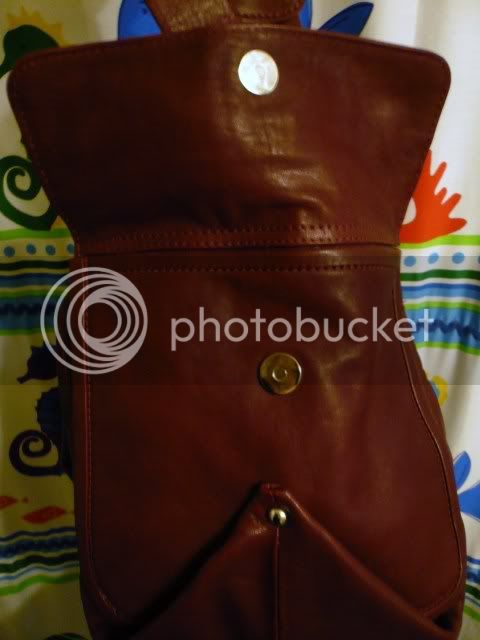 filled , stuffed with paper (not a ton!) 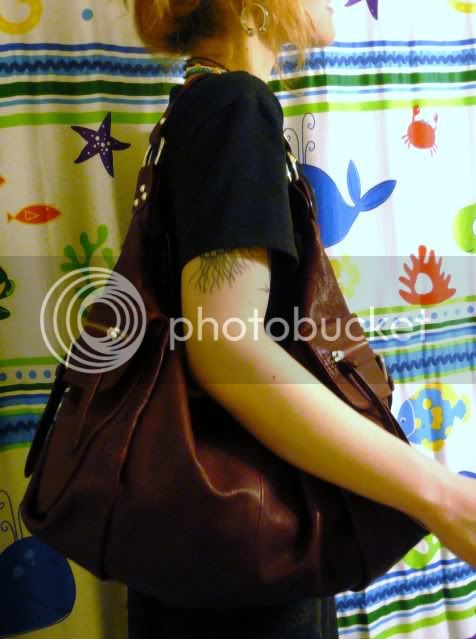 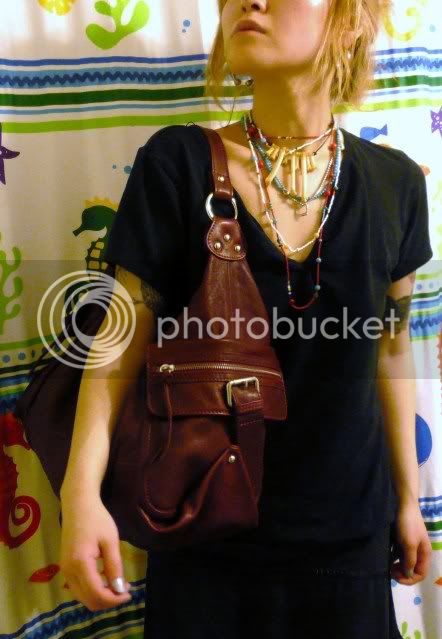 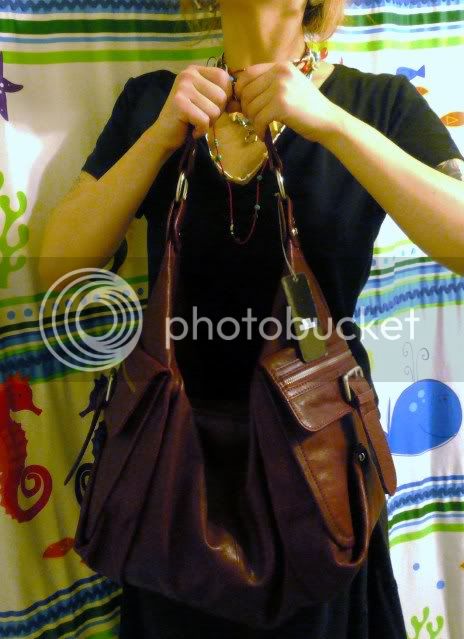 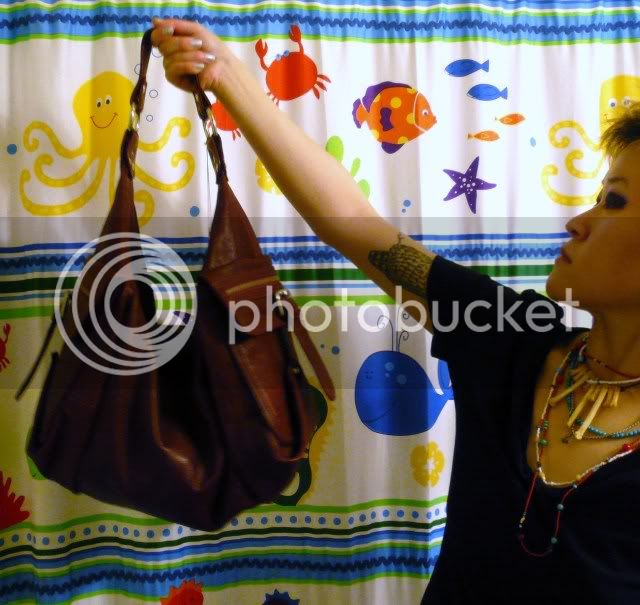 here's one w/ my stuff, taking up less space and heavier than the paper so there's more of a slouch: 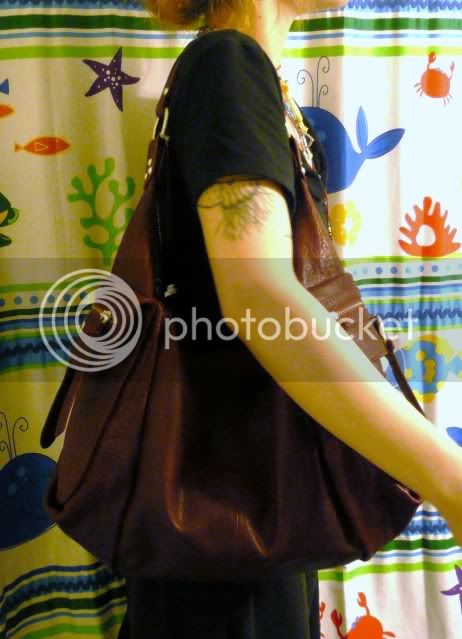 Congrats!! The ruby color looks like I want to drink it (like a glass of wine). I also like the size of the side pockets. Do you love it? It looks great on you!

are you getting one?!!! i was running around taking pics and good thing my sweaty grossness doesn't show (tried to cut off my face in most pics, heeh). i love the slouchiness! and the drop seems a bit more generous or i didn't measure it, but the middle of the bag slouches/caves in like alex explained to me on the phone, and makes the drop very accommodating which was a pleasant surprise! and it looks like the minilisa except for the size, the pockets (that leather strap is just for embellishment-- the flap itself has the magnetic closure on it) , and you can fit a lipstick or gloss in the flap's zip pocket, and the studs are smaller on the strap , too!

hey kaz! it's loooovely!! and fits a lot more than my minilisa so there's room for more slouch!! and the wine reference is a good one! it's definitely dark red, and dark/black cherry

ok, i think the case in point pic on MHB in ruby or the little swatch color is the best representation of the color IRL, on my computer at least, as the luna boston one is a bit more scarlet/brighter like with flash? i didn't mention that the pockets actually are very big (not super-deep but you can definitely fit a phone or ipod in there since they're tall enough!) and the pockets sorta stick out slightly and the middle/body of the bag is not exactly as wide as the pockets , i think, like the minilisa? i can't tell, since the leather is so wonderfully soft and folds in so easily!

hahahha brimack! no problemo! i was super-anxious and pensive wondering how the two would compare, so i figured this might be helpful for the tano-ites, since a lot of ppl have seen the minilisa! it is DEFINITELY bigger but like i mentioned, you can't tell, really, because of how the leather drapes oh-so-wonderfully!

Ugh...now I am in trouble...I seriously WANT this bag...and we all know bella is flying off MHB shelves...do I get it NOW? or risk it being the one that got away if I wait a week or two???

But Tea...you are gorgeous, and the reveal was all I had hoped and then some!

I've seen the Lady Raga in ruby IRL, and as absolutely stunning as it was, I have to say that it was no comparison to seeing it on your arm! You make it shine, really!

Holy Moly 'Tea......CONGRATS!!!! Ok, so far, this is my favorite Tano E-V-E-R! You just convinced me of that-I love all your pics-esp. one taken outside!

Very pretty! And doesn't clash with the shower curtain

!! did alex /mhb say that these are the last or there could be more made or special-ordered from tano? unless there wont be more made or if no-hurting-of-the-wallet will ensue, you could wait a few more days and see how the stock looks on the page (like type in a ridonkulous number and add to cart, and see how many left there are), and then decide to pull the trrigger for a test-drive??

oshkoshbgosh i just wish the modeling ones showed the color more true-to-life @_@ you're so lucky to have seen the new bella bags irl!!!!

thanks antonia!!!! and good to see you!! ^_^ go for it! if you liked the dangerous indeed's size or capacity, rather, and want to try a different shape, you should try this one! it folds in on itself a lot so it might look like the minilisa from the body-side of the bag, but it's sooo surprisingly roomy inside! was gonna say cavernous, but didn't want to scare anyone-- it's not like a shopper's black hole (which i like, haha) but a ton of room!

it's definitely not a spring color so it's easier to see against the crayola-land curtain!

oshkoshbgosh i just wish the modeling ones showed the color more true-to-life @_@ you're so lucky to have seen the new bella bags irl!!!!
Click to expand...

Yeah, now that I'm crazy for Tano I realize how lucky I am to have so many cool shops nearby. Just check out all the delicious bags hanging from the walls of the store I was in yesterday!

The funny thing is, I'm not really much of a shopper, and my first and only Tano (a mona lethal, obv) is the first real (meaning: not a Chinatown knock-off) bag I've ever bought for myself.

Honestly, one of the biggest reasons why I'm so into Tano is because of you ladies! It's so much fun for me to read your stories, look at your pics, and learn about the bags!