okay gals...you know my long drawn out saga of my hunt for the julianne...(which took less time than i had thought) and the long wait as it came from the upper reaches of a land called canada...which makes lovely ginger ale......and then my love affair and then 'the injury'. i'll just blame it on the fact had a bit too much to drink that nite and a few things *ahem* came loose....

so tonite, sparked i suppose by cindy05's thread earlier about the yay or nay of her julianne ( the bag that sparked my whole crusade) and me having the nite to myself, i decided, after taking a trip to the nearest leather shop, to finally get down and dirty, cut up a *gulp* $1250 bag!

and pretend to know what i was doing.

now all i need are some sexy-a$$ red bandaids to wear tomorrow when i take her out with me.

That is fan-friggin-tastic!!!!!!!!!! (Sorry about your thumb, but no one said there wouldn't be casualties...yikes!) I am soooo happy for you, hon! You are one brave and talented bag surgeon and Julianne is lucky to have you

uploading pics now with one hand....next time i will wear gloves...this surgery stuff can be mighty dangerous.....

this is pre-operation...as you can see, the piping inside the strap popped loose and the leather stretched out. I was shopping when i 'heard' this happen...sorta a weird popping noise and i knew it wasn't good.... 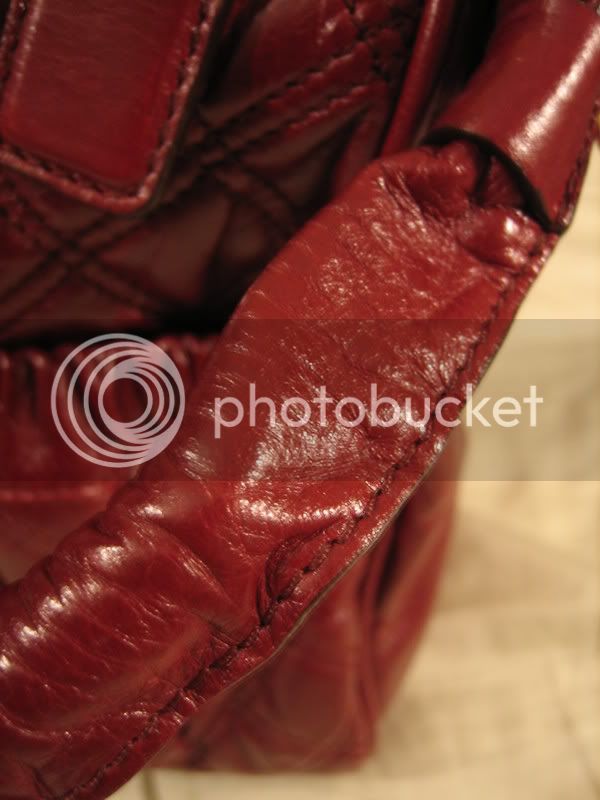 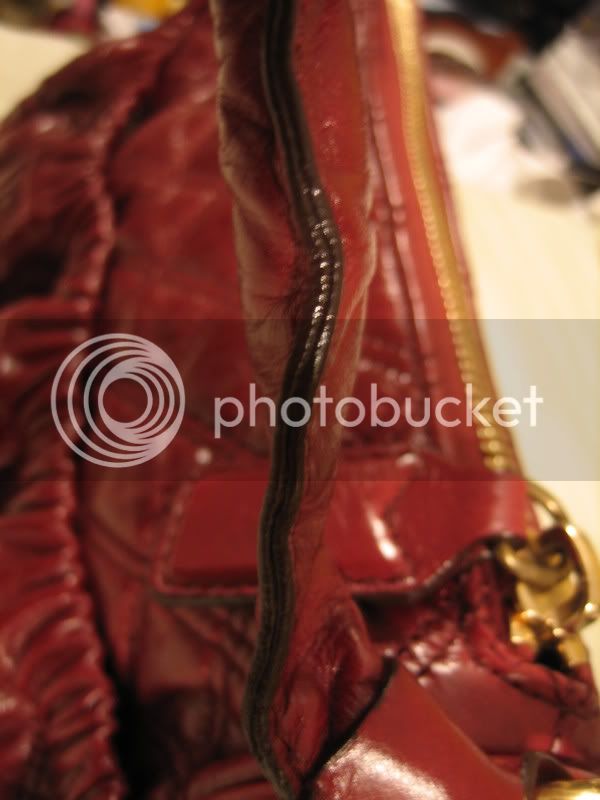 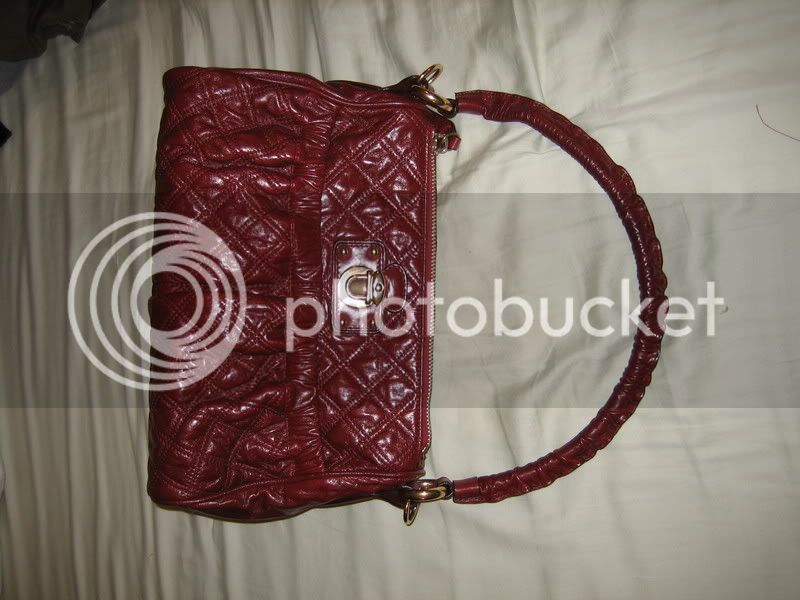 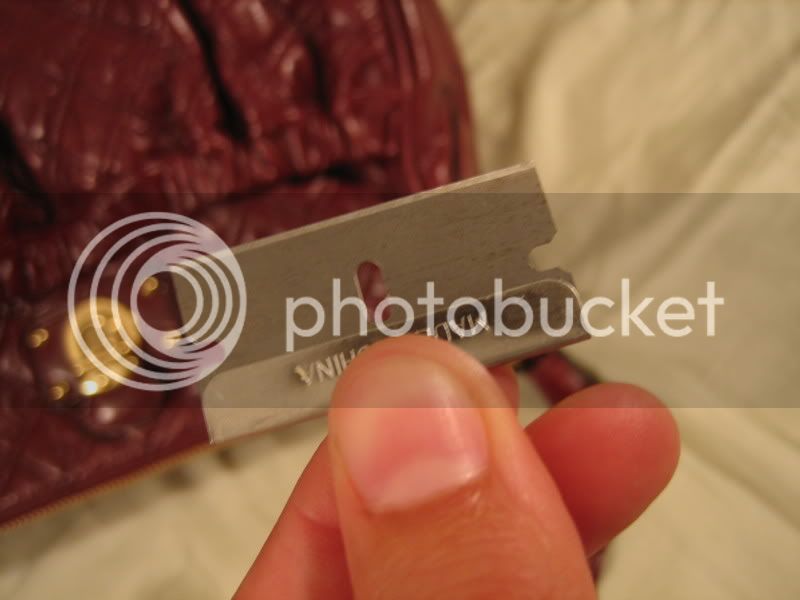 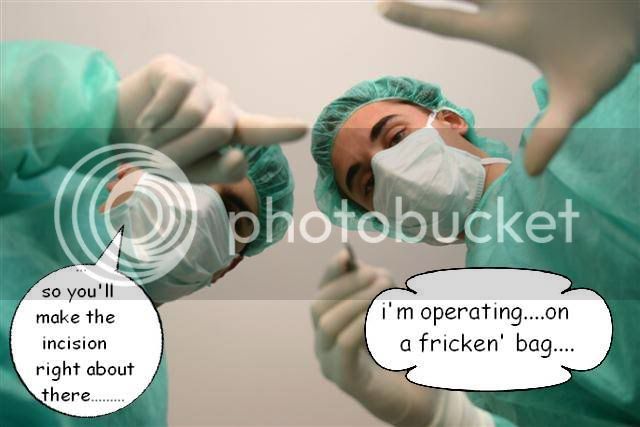 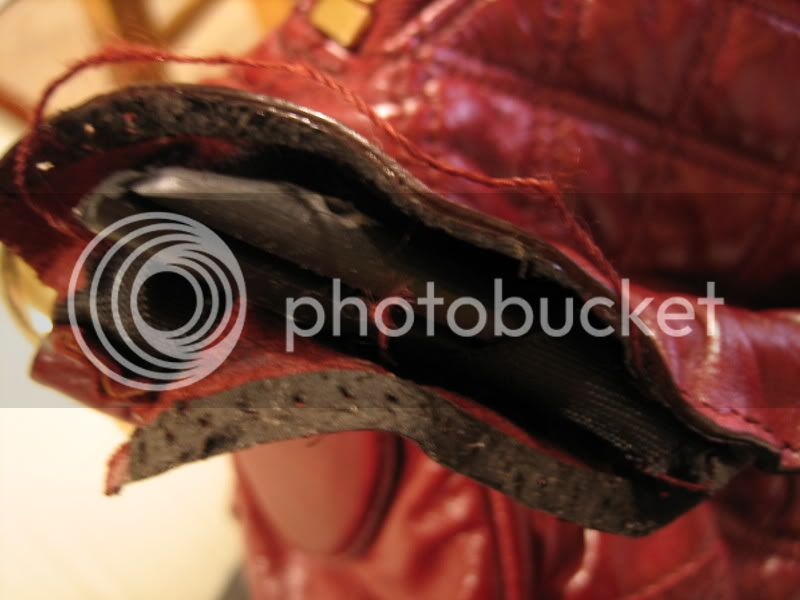 there was all sorts of interesting stuff in that strap...rubber tubing wrapped in black mesh stabilizer....gluey stuff.... so my method of repair was to sink in some rivets on either end which would then be covered the the leather tabs on either end..... 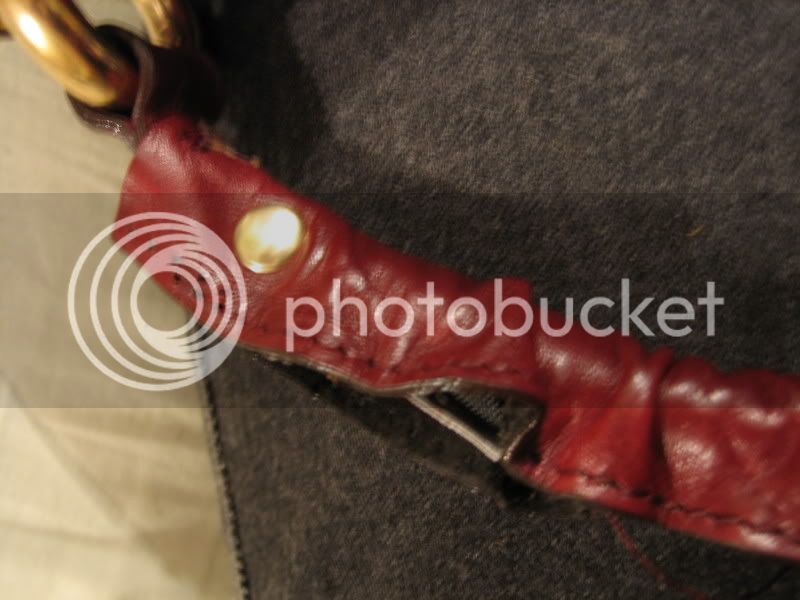 then stitched her back up....which is the part where i managed to put a leather needle straight through my left thumb....and ruined a shirt with blood gushing....it was not pretty...i didn't think fingers had that much juice in them! (ARTISTS RENDITION OF EVENT) 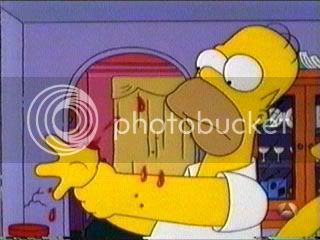 so 15 minutes later....i began again on side 2....now partially gimped-out and armed with pliers to pull those needles through.... 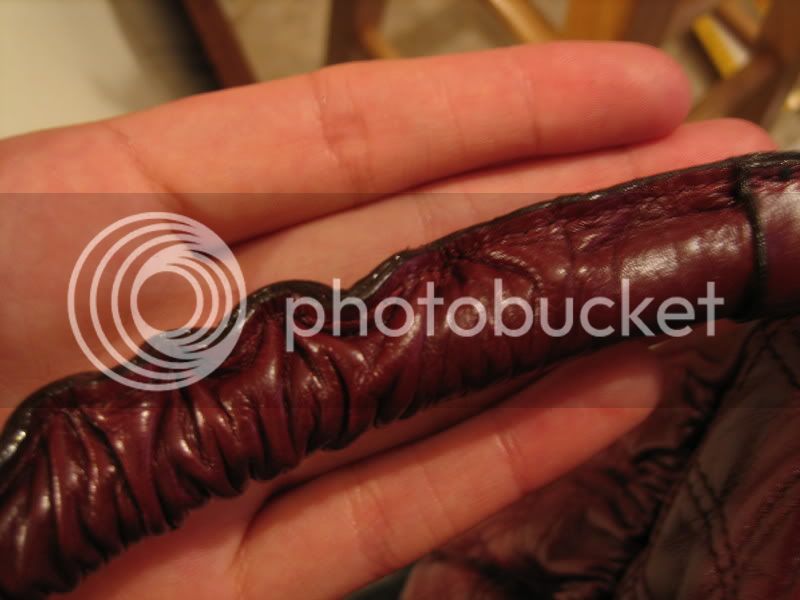 I was actually quite shocked that there was no leather stabilizer or anything inside the strap, because the leather itself is really rather thin. i added some buckram (a stiffener used in hat making and such) in the strap to reinforce the leather as well as the area where the rivet would be. hopefully this really strengthened the crap out of it.... 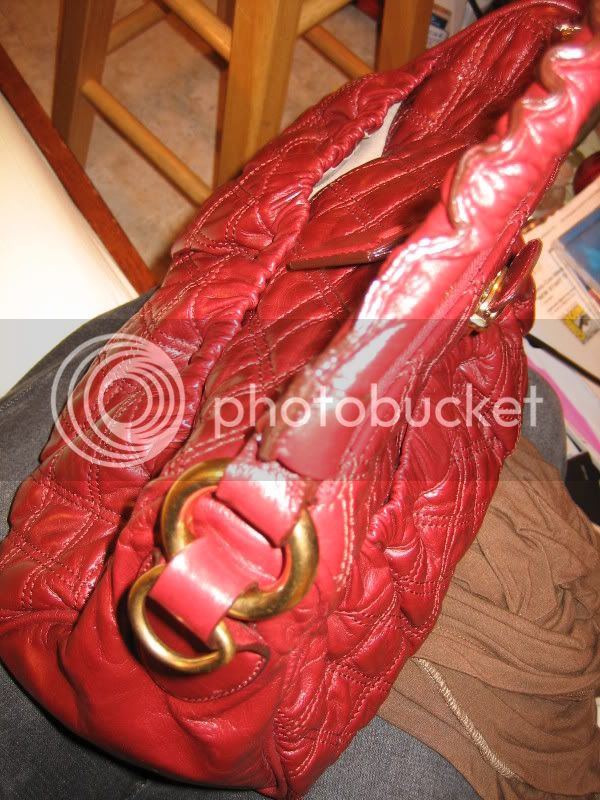 and it saved me 8 weeks of tortuous separation anxiety....and i'll probably have a rad scar on my thumb. when people ask i can tell them the story and throw some explosions and robots in it to make it sound cooler....and then with a straight face....very serious tone... "I bled for the love of MJ!" * and shake fist*

Dr June strikes again!!! You done did it this time gurl! You're gonna put the repair guys in Italy to shame. After this, there ain't nothin out there you can't fix! Great job! Sorry about the thumb, but it was all in the name of fashion, right?

Great work done! You save a life!

You are so brave Dr. Jun, and you sure are a pioneer in this medical field. Amazing work!

WOW! you did an amazing job, really!!

i'm so happy for you, another successful surgery, Dr. June!
You must log in or register to reply here.
Share:
Reddit Pinterest Tumblr WhatsApp Email Link
Register on TPF! This sidebar then disappears and there are less ads!
Sign Up
Top Bottom