Jesse Tyler Ferguson Shares Selfie with Son Beckett, 3 Months: 'Now You Can Call Me a Daddy'

The Modern Family actor and husband Justin Mikita welcomed their first child together in July
By Benjamin VanHoose
October 09, 2020 10:50 AM 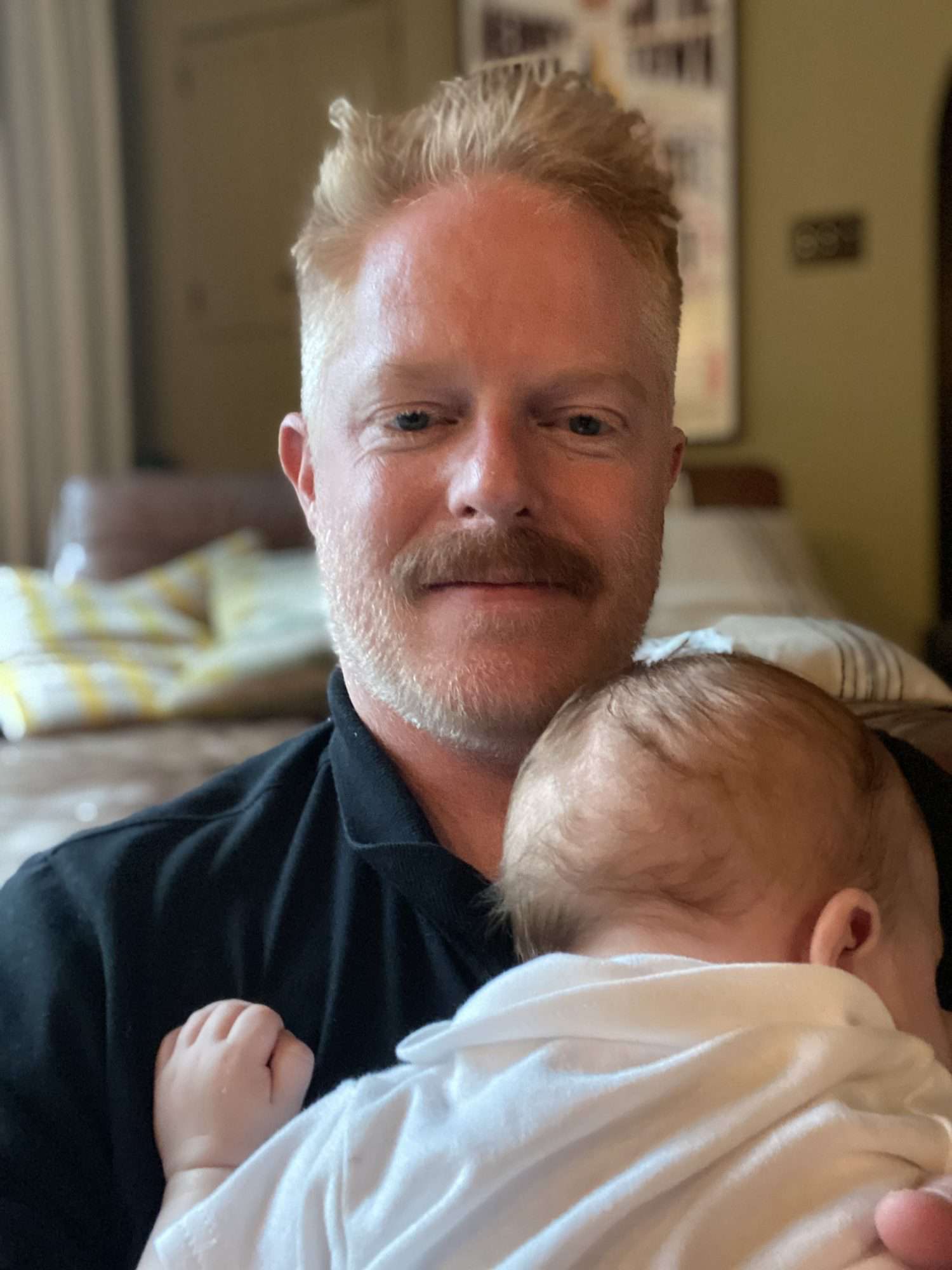 Jesse Tyler Ferguson Shares Selfie with Son Beckett, 3 Months: 'Now You Can Call Me a Daddy'


Jesse Tyler Ferguson is getting comfy with fatherhood!
On Friday, the Modern Family actor, 44, posted a sweet selfie on Twitter, glowing as his 3-month-old son Beckett Mercer rested his head on his chest. “Ok, NOW you can call me a daddy,” Ferguson playfully wrote alongside the snapshot.
Ferguson and husband Justin Mikita welcomed their first child together in July, a rep for the star confirmed exclusively to PEOPLE at the time.
"Jesse and Justin welcomed their little bundle of joy Beckett Mercer Ferguson-Mikita on July 7, 2020," said the rep. "The new parents are overjoyed and excited for this new journey as a family of three."
Several days after Beckett's birth, Mikita shared a photo of a onesie from the Las Vegas hospital where their new addition was born, writing on Instagram: "It’s Beckett, B----! Thanks to the incredible team at Summerlin hospital - especially Collette. Thanks for taking care of us. Welcome to the world, Beckett Mercer. We love you more than I could’ve ever dreamed of.”

"Thanks for all the messages and congratulations,” he added. “We are over the moon.


In August, the new dads shared a photo from home showing their “new normal” of burping the baby boy, with Mikita posting a pic of Ferguson gently burping Beckett in his lap.
Ferguson had previously shared that he and Mikita, 35, were expecting during a January visit to The Late Late Show, telling host James Corden and fellow guest Charlie Hunnam, "This is something I haven't even mentioned to anyone, if we could just keep it between the three of us and you all, but I'm actually expecting a baby in July with my husband."

Ferguson and Mikita tied the knot in July 2013 at a ceremony in downtown New York City, with playwright Tony Kushner officiating.
Ferguson, who played uptight lawyer Mitchell Pritchett on the ABC sitcom, and Mikita, a real-life lawyer, became engaged in 2012 when the two vacationed in Mexico after being together nearly two years.
Reactions: sdkitty
You must log in or register to reply here.
Share:
Reddit Pinterest Tumblr WhatsApp Email Link
Register on TPF! This sidebar then disappears and there are less ads!
Sign Up
Top Bottom