The SO has a ...habit of finding out what I want (because I keep staring at stuff) and getting them for me when I least expect. Several pairs of CL's have come my way from impromptu purchases from him, but this year I've been even more spoiled!

We took a trip to Cabo recently and the best shelter from the heat was Luxury Avenue (amazing air conditioning, cool/splashy sinks) which housed several shops, including UltraJewels. He walked out with a Panerai 292 for himself and the 282 for me! It initially came with a blue alligator strap so he also bought me a rubber strap because I'm an OCD handwasher! 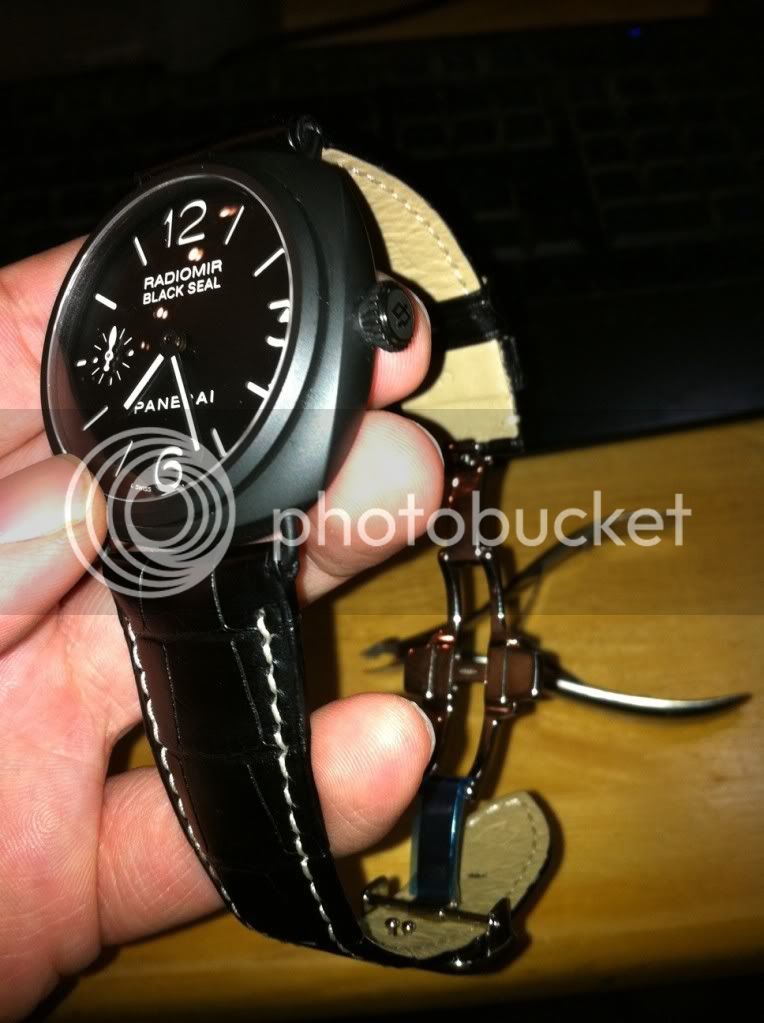 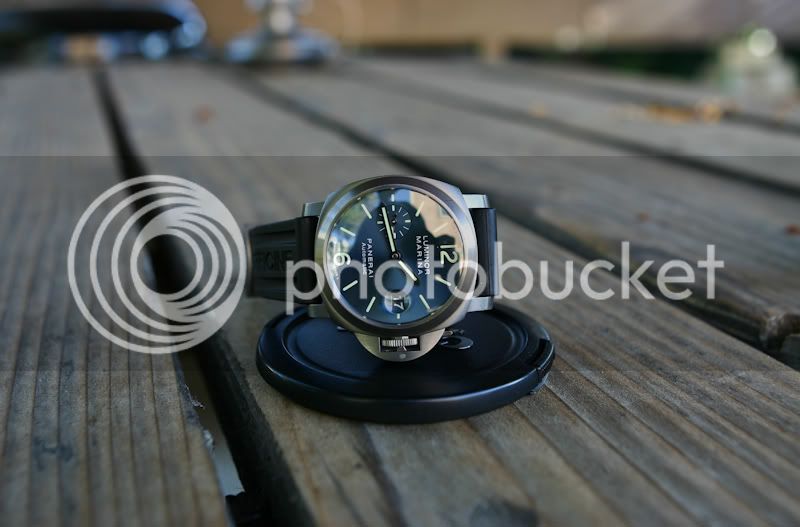 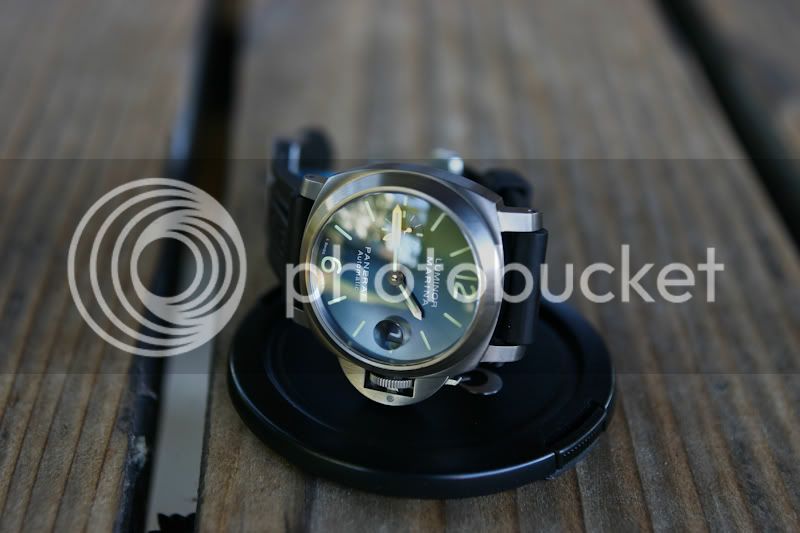 And the reason why the thread is in this section: More than once have I wandered into H after staring at all the amazing leather & silk products that TPF members have shown and walked out empty handed. We went in a few weeks ago and walked out because my calves were too big for the jumping boots. Then I read that people had had them stretched at their cobblers! I regained hope and wandered in again with the SO this afternoon. He wanted to buy his mother a purse, so we looked around and walked out with two big H shopping bags in the San Francisco rain. 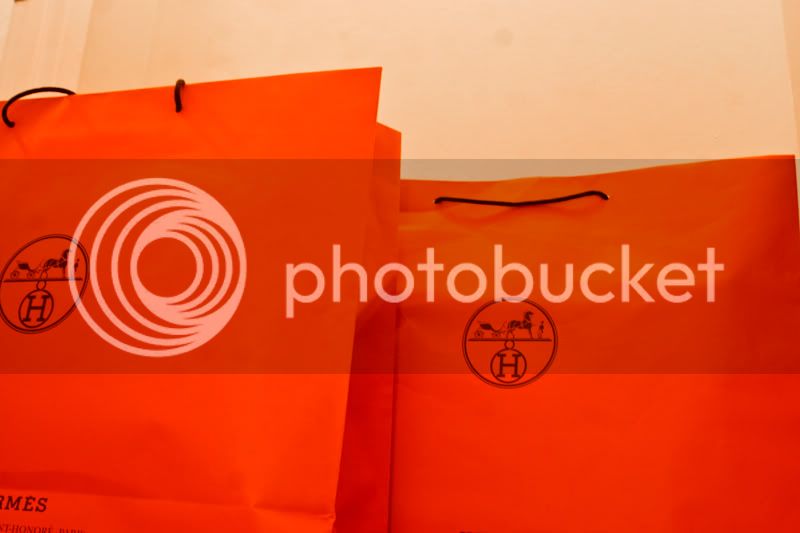 Sadly, I can't post a photo of the purse he got his mom as I really don't want to ruin the wrapping and pristine tissue paper but it was a 31 Rouge Vif Bolide! Now I want a 30 or 35 Rouge Vif/GHW birkin >< 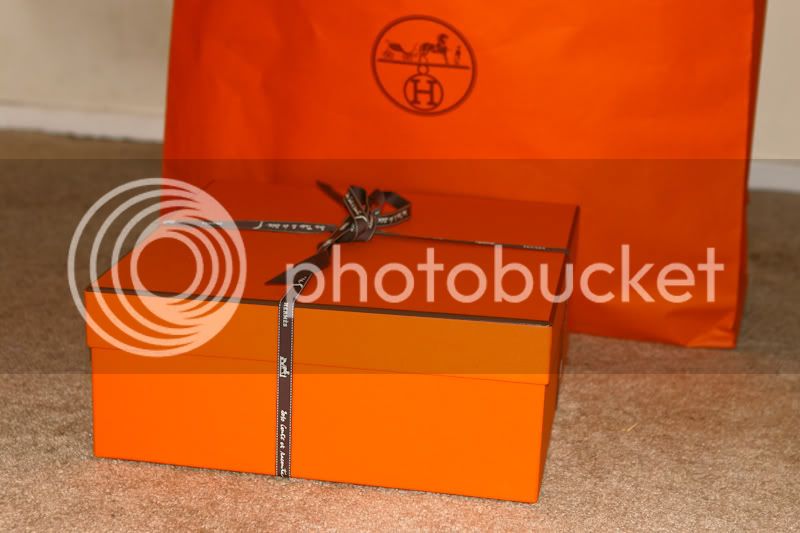 But I did walk out with a box of my own! 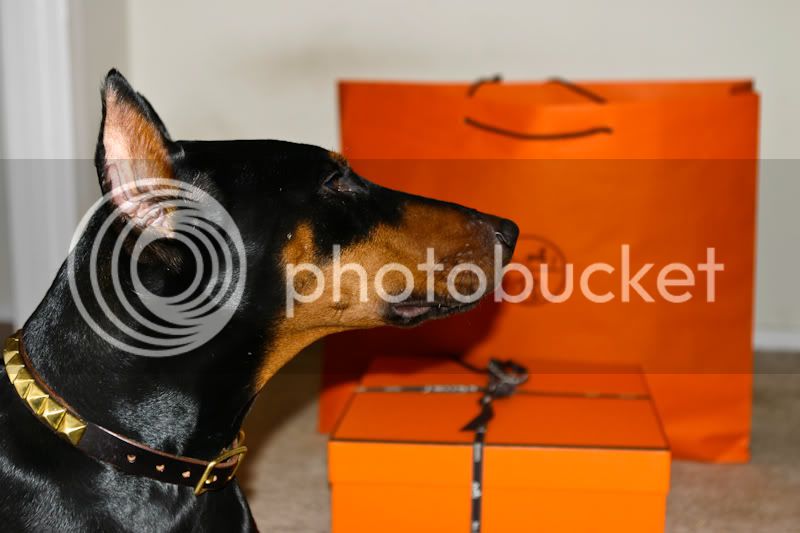 Niz was very interested in the contents of the box. (He has a thing for nicer leathers... he ate the interior of the SO's previous car!) 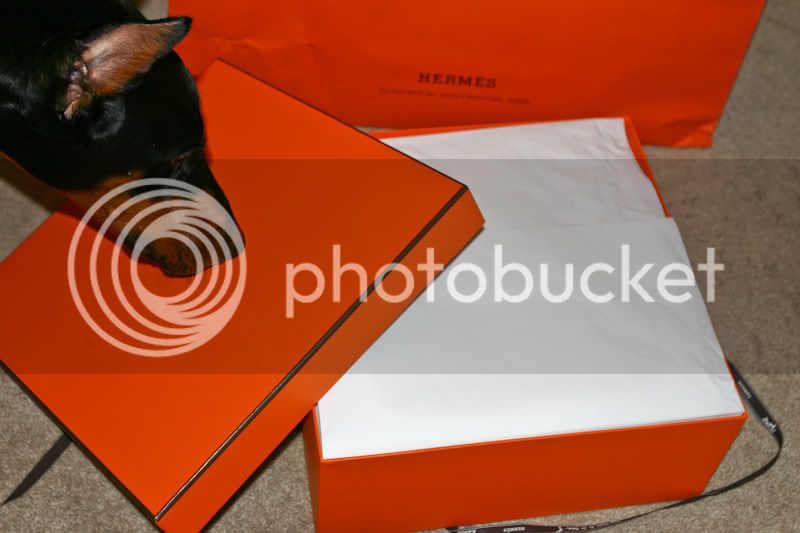 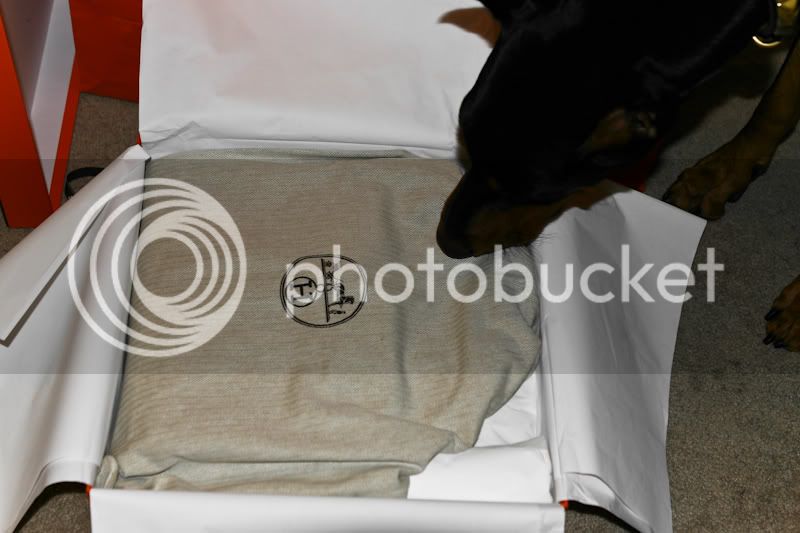 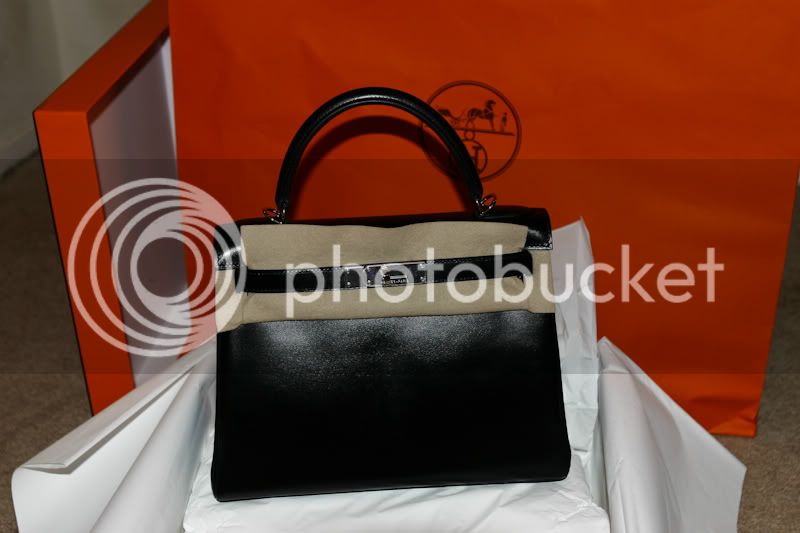 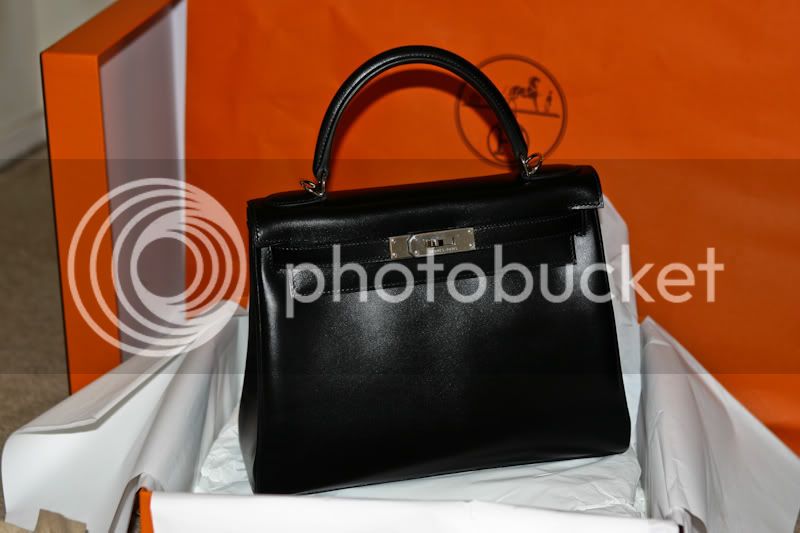 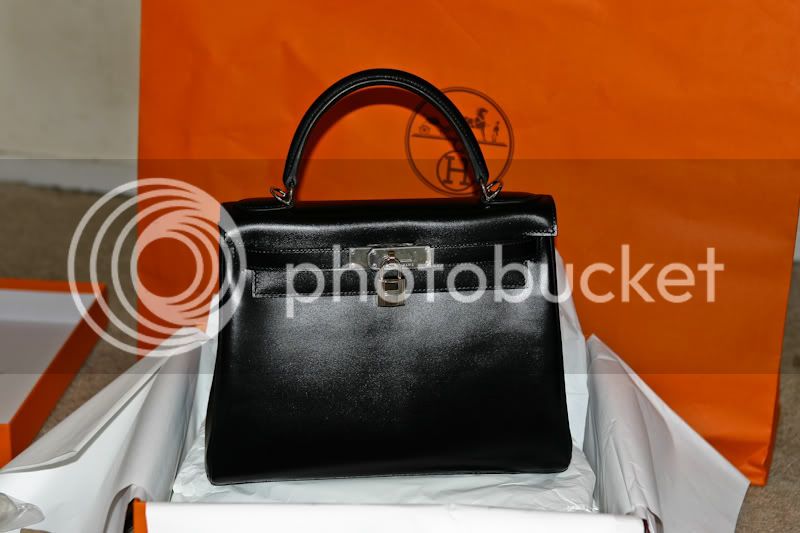 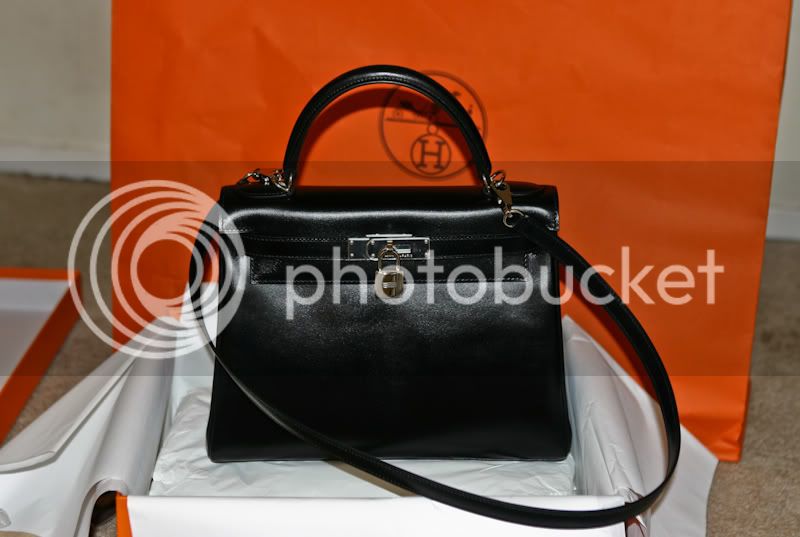 The SO spotted the bag before I did and immediately asked our SA if she had two, but unfortunately, the only birkin or kelly she had to show me was the one on the shelf, and it was the one I walked out with. I was given a choice of getting the jumping boots, the clic clac pm or this.

I think I made the right choice

It's a 28 black box retourne kelly

She's a beauty and a classic! Congratulations!

Congrats! It's truly a black beauty !

trekking the face of the earth

I thought I saw my own baby when I first glimpsed at Niz. Beautiful Dobbie..

Oops, I have strayed.

Congratulations on your new Kelly. She is a beauty.

her! Lesson learnt, never ever let go of Noir Boxcalf Kelly. Congratulations on your Panerai! Sweet SO!
T

Congrats for all beautiful goodies!!! I m your twins for your new watch! Great piece! Cousin to your Kelly!!! Yeah

Congratulations on your black beauty & your watch too!
M

Love has its limits.

Congrats on the watch and your Kelly! Looks beautiful!

Oooh I don't know which I like best, your gorgeous dobbie doos or the kelly! Both are gorgeous!! I think I would choose Niz though!

You did made the right choice, my dear!!! What a nice catch on the display!!! Enjoy her
You must log in or register to reply here.
Share:
Reddit Pinterest Tumblr WhatsApp Email Link
Register on TPF! This sidebar then disappears and there are less ads!
Sign Up
Top Bottom