My new (to me) vintage black patent tote with gold hardware. I LOVE vintage Chanel purses...I believe this purse is from the late 80's-early 90's. It's in awesome condition for a purse that's 20 years old. I'm super tempted to use this purse everyday. Do you ladies think this would be an ok bag for everyday use? Here it is... 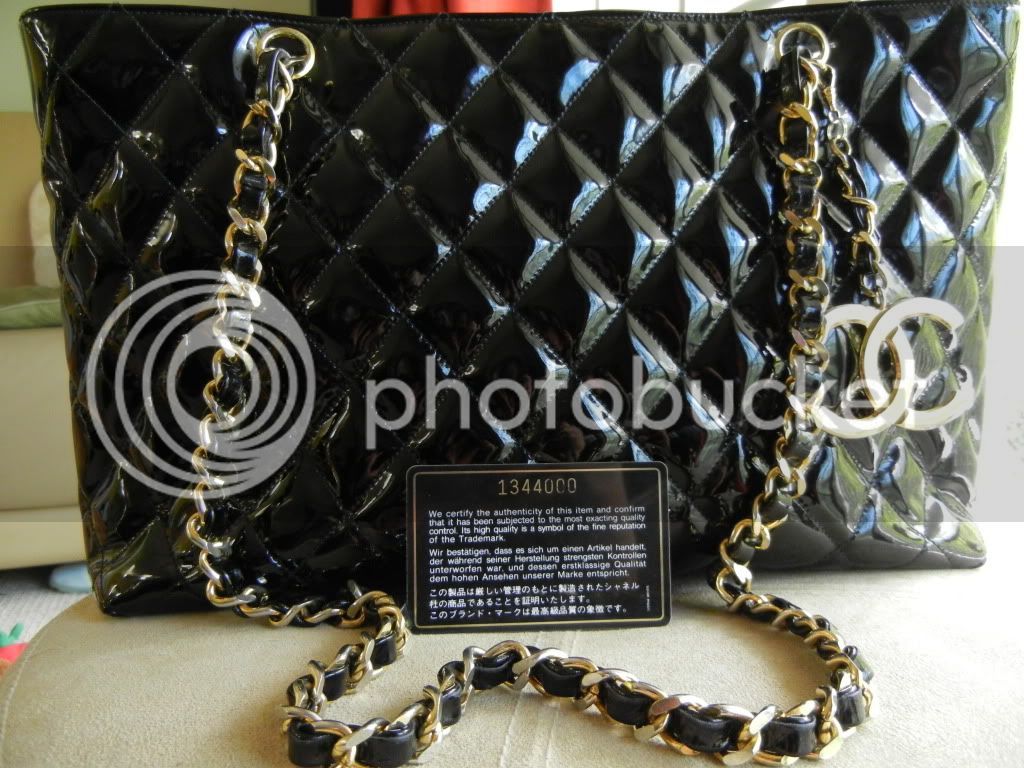 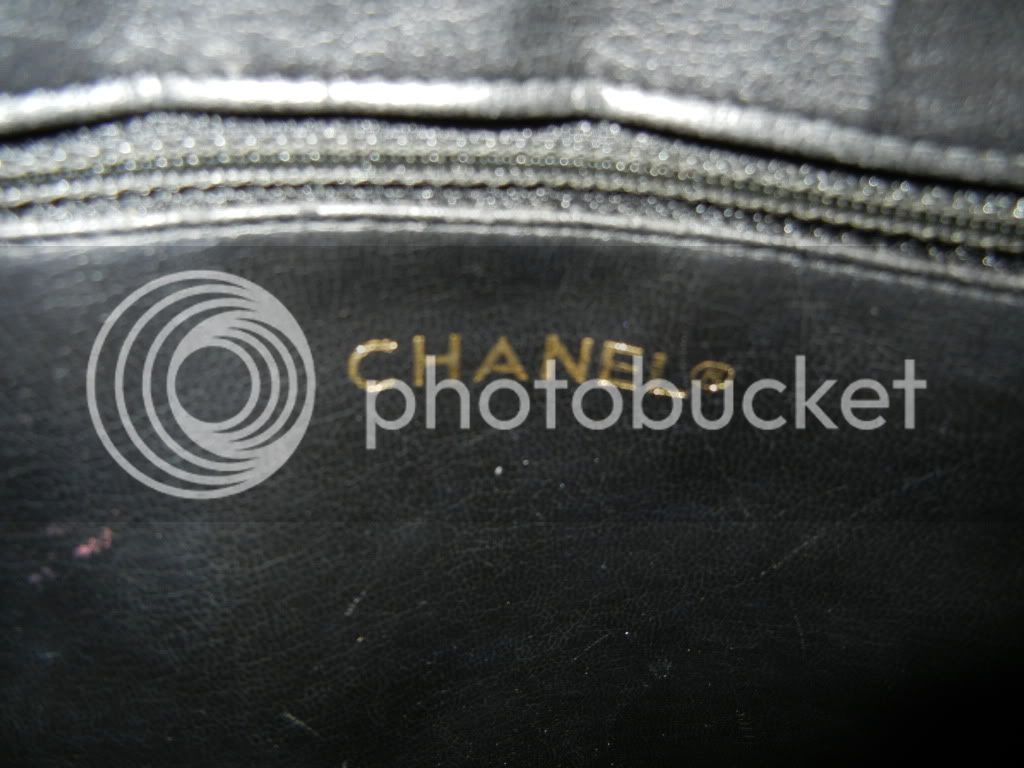 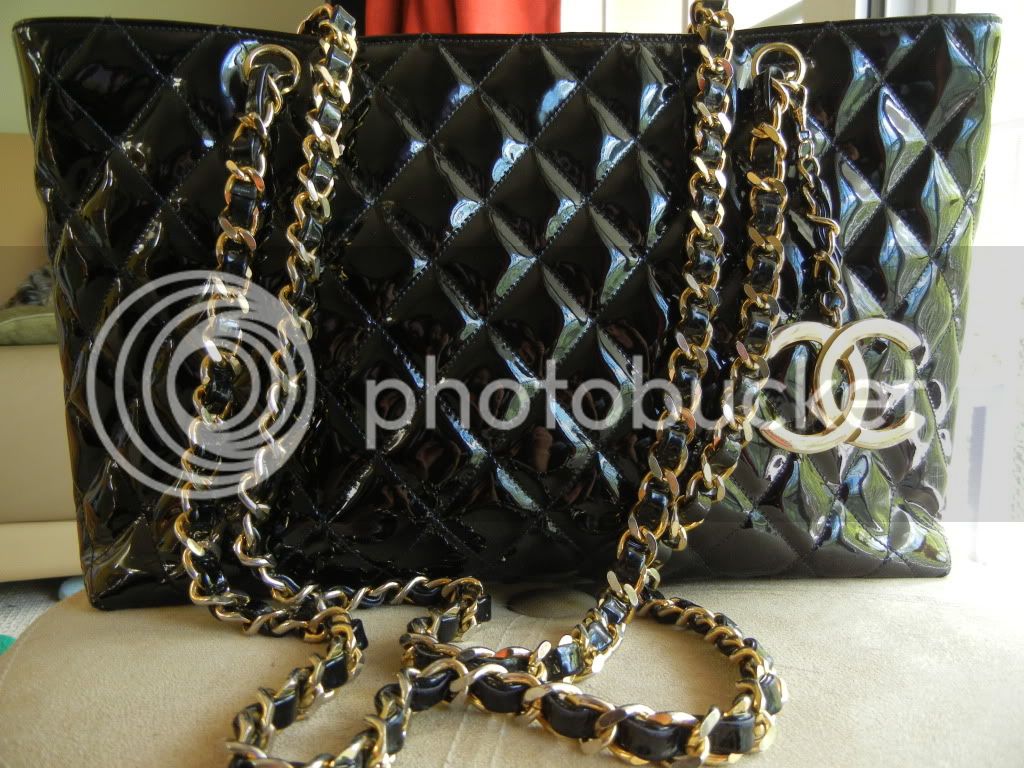 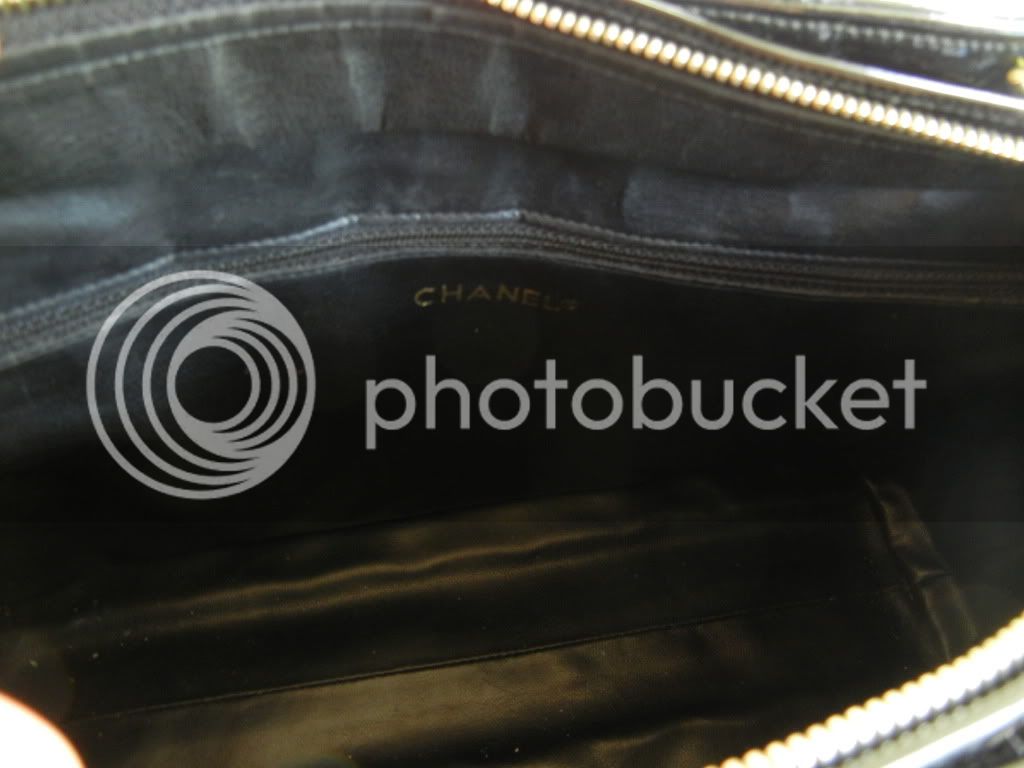 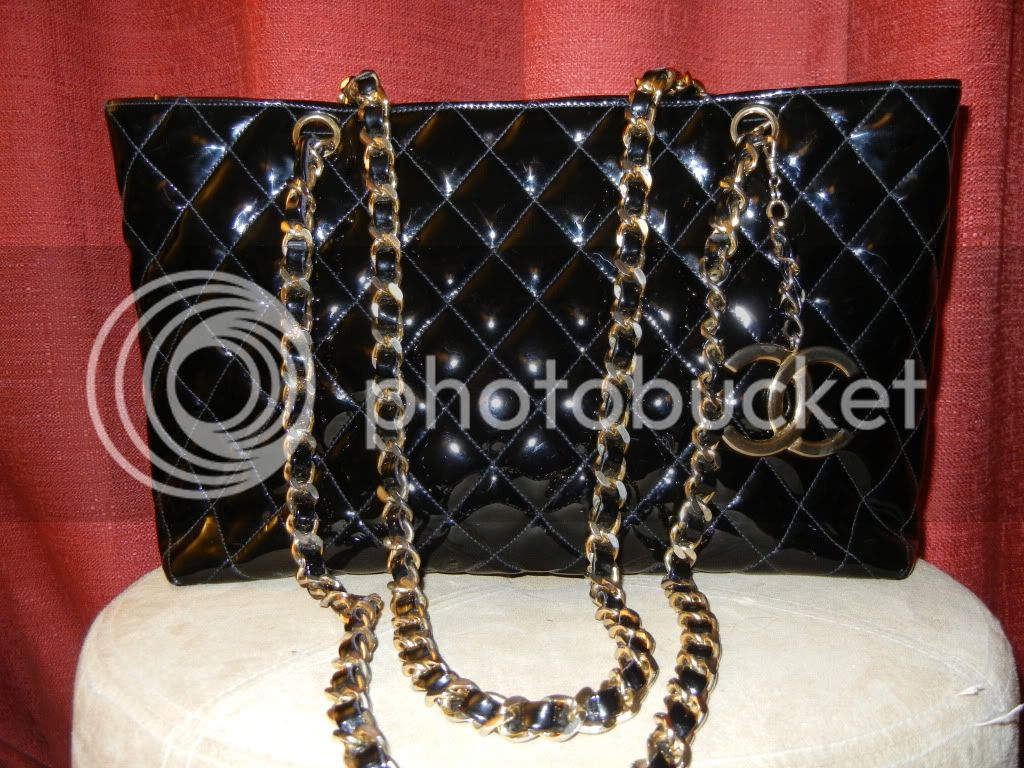 and finally...at my favorite vintage store trying it on before I bought it...

Wow! She's a true beauty! Congrats on an awesome find! Where did u find her?
•••
E

0PinkBlush0 said:
Wow! She's a true beauty! Congrats on an awesome find! Where did u find her?
Click to expand...

Thank you! I got it at this vintage store that I go to...the owner sells all kinds of designer purses, clothes, shoes...I've been going there since she opened up the store 5 years ago, so she calls me when she gets stuff in that she knows I'll like =)
•••

Congrats on your vintage find in such great condition! I think it would be a wonderful everyday bag and looks great on you

I bet you could even temporarily shorten the chains for different looks.
•••

congratulations on your find! if you want to use it as an everyday bag and it can hold everything you need, why not?
•••

Shes a beauty, congrats on finding such a great bag I would use her everyday
•••

Such a beauty! I'm a sucker for the dangling "CC" charm! Looks great on you!
•••

Love your vintage Chanel. I would carry her daily!
•••

Thanks everyone! Funny thing is...last month my coworker bought the same purse but in red patent from the same store. It was sooo so pretty and then a few weeks later the owner of the store called me and said she had a lot of Chanels in, and when I went to the store she had this! I love it...it's so pretty. The only thing I'm a little concerned about are the bottom corners of the bag. It looks like it's starting to crease a little bit but I guess there's nothing I can do about it. It's a 20 year old bag that is just starting to crease, so I guess I can't complain.
•••

So pretty, I love vintage Chanel!
•••